Trump's America Is Once Again Locking Horns With Iran. What Should India Do?

Donald Trump has been aching for a war with Iran, as are some of the more deranged members of his administration such as John Bolton, the National Security Adviser. 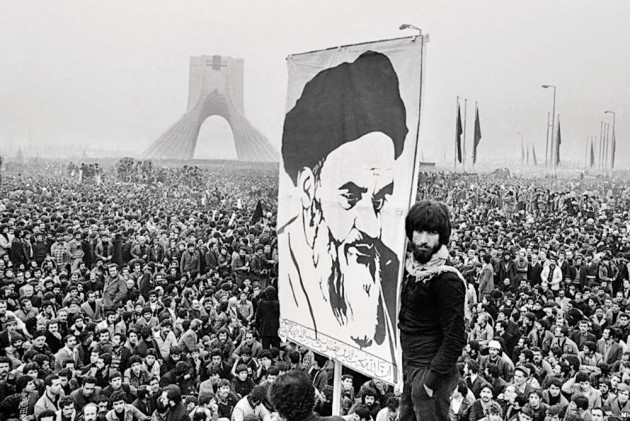 America declared war on Iran this week and then pulled back. This is possible in the modern era when machines can be told to come back mid-flight. President Donald Trump said he cancelled the attack after being told that 150 Iranians would die in this attack. He wanted to kill them because Iran shot down a US military drone near its border.

Trump has been aching for a war with Iran, as are some of the more deranged members of his administration such as John Bolton, the National Security Adviser. The price of oil went up by 10% this week because of America’s belligerence, bringing suffering to India and nations alike which are dependent on oil imports.

The question is why America wants to fight Iran and the answer is not easy to locate or to understand. In civilisational terms, Iran is the oldest enemy of the west. Two-thousand-four-hundred years ago, the Iran army, led first by Darius and then Xerxes, invaded Greece and destroyed Athens. This is according to the Greeks themselves. The Iran army included a large number of Indian mercenaries, described in the history written by Herodotus.

Throughout ancient history, the Greeks referred to the Iranian emperor as the Great King (‘megas’) because of his influence over their lives. The Macedonian conqueror of Egypt, Iran, Afghanistan and Punjab was called Alexander The Great not because of his military achievements but because he took the title of Great from Darius III the Great.

After the death of Alexander at the age of 33, his empire was divided and ruled by his generals. The largest part, from Punjab to Turkey and including Iran, went to Seleucus Nikator (the word Nikator means victor and it is the same word that is used by the shoe brand Nike). Iranians took back their country under the Parthian ruler Arsaces. These people were Zoroastrian, meaning of the same faith as our Indian Parsis.

The Parthians fought against the second great western power of history, Rome, for three centuries. The next group of Iranian conquerors was the Sasanians who ruled Iran till it was conquered by the Arabs in the 7th century. Iran became Shia, one of two major sects in Islam, under the Safavids around 400 years ago. The most famous Shia ruler, though, for Indians, Nadir Shah who destroyed the Mughal Empire, was a Sunni.

In the modern era, America has actively meddled in Iranian politics. In 1953, Iran’s elected Prime Minister Mohammed Mossadegh was overthrown in a coup orchestrated by the CIA after he nationalised the oil industry. The Iran-Iraq war was actively fuelled by America, which backed Iraq President Saddam Hussain, whom it would later sour on.

In 1979, under Jimmy Carter, the American embassy in Tehran was taken over by Iranian revolutionaries and embassy staff were held hostage for many weeks. After this, America hasn’t had any formal relations with Iran. The Iranian population in America is serviced through the Pakistan embassy.

Iran was able to come to an agreement with the Obama administration on its nuclear programme. There was hope that finally, these two great nations would be friends. However, under the eccentric leadership of Trump, this hope has collapsed.

Readers will know that Iran’s national religion is Shia Islam. Shiism is by nature quietist. Their belief is that the 12th Imam, Muhammad al Mahdi, who was born in 869 is not dead. He has gone into occultation, meaning that he has been concealed by God and at some point will return.

While they await his return, Shia will largely remain disengaged with the external world and concentrate on their own affairs conducted by their clergy. That is what I mean by quietist.
It may interest readers to know that none of the Pakistani and Kashmiri groups that have been fighting India or its military has been Shia. The Jaish, the LeT, the Hizbul Mujahideen, the Harkatul Mujahideen, Al Umar, Al Qaeda, Islamic State etc are all Sunni groups. What is referred to as Jihadi terrorism has no component of Shiism.

However, Iran has been a supporter of the Palestinian groups, including the Sunni groups that have resisted Israel. This is the primary reason why America hates Iran. Iranians have no conflict with the United States, no border with that country and there is no reason for the US to hate it except for the fact that Israel insists that America remain tough on Iran because it speaks for the liberation of Palestine from occupation.

India’s Shias are divided into further groups, but the largest one is the Twelver Shia. Their Imams are in Iraq and Iran, in cities like Qum and Karbala. India has a civilisational relationship with Iran. Urdu is not understood by Arabs, but its vocabulary is familiar to Iranians. Iran has remained a friend of India’s even under the anti-Muslim rule of the current dispensation.

India is a weak and second rate power globally, but we should do what we can to ensure that our two friends do not get into a confrontation that is meaningless and ultimately damaging to everyone, including us.