Welcome To Tulip Garden – A Game Of Normalcy In Seething Kashmir

The government is also keen to show that peace has returned to the valley. That is why the Governor visited the tulip garden on Saturday. Now with no one on the roads except the forces, it looked so normal... 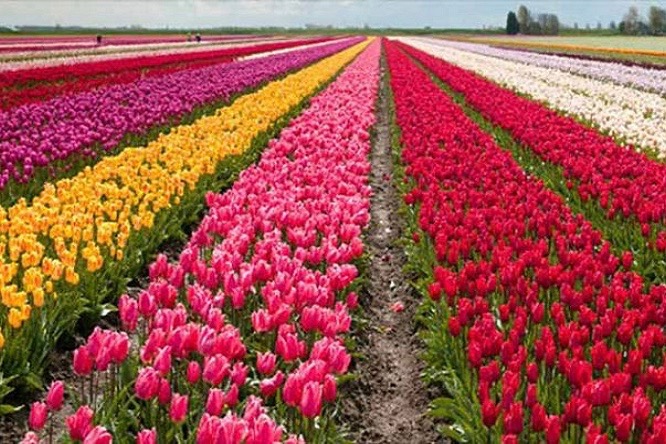 In famed Kashmir Valley life is in a perpetual state of anxiety. Everyone is in panic. To be in panic is a sign of normalcy. In an extreme abnormal situation people here behave normally. A few weeks ago, the government painted hospital rooftops with the Red Cross. The war looked that close.

Some elite Kashmiris rushed to the departmental stores and bought all the potato chips packets after the government issued an advisory to stock food and medicine. It would have been the highest sale of chips in Kashmir in recent years. While taking away potato chips packets, Kashmiris were very sure of an India-Pakistan war but most of the people had this belief that the war will not break out in Kashmir.

This over-confidence and over-optimism of Kashmiris about life helps them to survive regular panic attacks. For instance, the government often closes down the internet in the Valley. The internet shutdown has become so normal that no complains why the internet is being regularly shut. The government also loves to play games with people. Sometimes 4G speed will turn into 2G. Sometimes, internet will function but you cannot make phone calls. And when people start making WhatsApp calls, in the middle the internet goes off. And you again start calling from the phone. All this, comes in the ambit of normalcy.

Over the years the government likes to play these little games to keep people engaged. Sometimes, the government also plays war games with people to keep them ready for any eventuality. For example, a few years ago the state disaster response force (SDRF) of Jammu and Kashmir Police, in relatively peace time in 2013, came up with an advisory asking people to take precautions during nuclear weapons information exchange. The advisory issued in all local newspapers had asked people to build bomb-proof basements, bunkers stocked with candles and radios, and collect food and water that would last for two weeks. They were told to keep fresh vegetables and fresh fruit in the basement. The advisory also cautioned that during a nuclear explosion, people in cars should not drive towards the explosion site and instead drive away from the area. “Expect some initial disorientation as the blast wave may blow down and carry away many prominent and familiar features," the advisory had said. A year later, Kashmir was hit by floods of Biblical proportion. The SDRF, which was preparing people for the nuclear war and advising what drivers should do when the nuclear explosion takes place, had only one small boat to help ferry out people. At that time, the habit of Kashmiris to construct large houses saved them.

The government is also keen to show that peace has returned to the valley. That is why the Governor visited the tulip garden on Saturday. But the day after the Governor’s visit to the Tulip garden to showcase how peaceful Kashmir is, the government implemented its own order debarring people from using the highway on Sunday. With no one on the roads except the forces, it looked so normal...

I started checking Facebook to see who is doing what. I found half of the people have buried themselves in reading up on the history of persecution of Jews to find some examples. They found one in the Poland of 1939. That year in December, German occupation forces had debarred Jews from using the pathways and roads from 9 p.m. to 5 a.m. Thus Facebook and Twitter were flooded with posts of the German government order in juxtaposition with the J&K government’s order which debars civilian traffic on the highway on Sundays and Wednesdays from 4 a.m. to 5 p.m.

Some people, however, took the traffic ban lightly. They were throwing a challenge to their friends whether they can cross the road or not.

The unflappable state government has come up with a statement declaring that the ban has been successful. “The total duration of prohibition is for 26 hours out of 168 hours in a week, which is 15% of the time,” the government said.

In short, the government is asking people to kill 15 percent of the time with whatever means they want to, except lodging protests. Even if people are reading Jewish history and posting it on FB, the government seems to have no issues with it. Some people thought of making Nazi Germany’s order of 1939 against the Polish Jews viral to shame the government but they never thought the government would take it as a compliment.