When Train 18 Tricked To Be Modi’s Bullet Train

The Narendra Modi government might cash in on a refurbished electrical multiple unit (EMU) called Train 18. 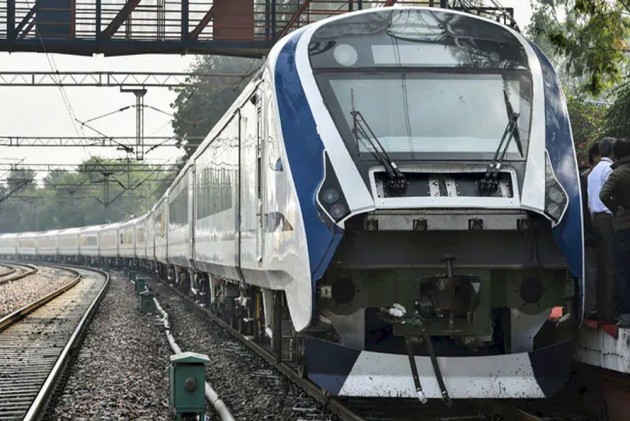 For people who travel in trains – red, blue and green are the colours synonymous with trains in India. So, when a white-coloured train without an engine made its inaugural run between New Delhi and Varanasi in February, with high speed and new exteriors and interiors, it took many by surprise.

This train – Train 18 or Vande Bharat Express – was like a spectacle at the railway station of New Delhi, Allahabad and Varanasi where everyone was trying to peep inside the tinted glass to get a glimpse of the new age trains which India would be running.

Amid the crowd in Varanasi was an old tall man in 70’s dressed in dhoti-kurta shouting “Modi ki bullet train” amid cheers and chaos. His enthusiasm forced me to speak to him and the groups. His name was Pratap Singh and he was a resident of a village in Varanasi who was going to Allahabad for Kumbh with his fellow villagers.

I tried to clarify to the group that it wasn’t bullet train but a normal train which has been renovated with new amenities for better passenger experience, but I was snubbed. For the crowd Modi had delivered what he promised – the bullet train. To add on, it was a Made in India bullet train.

A similar reaction was from some teenagers at Allahabad station too. A group of school students who were eagerly waiting for the Train 18 at platform 1 for over two hours to take a selfie with this new age train. Ritika Sharma, a student of the government school Allahabad, summed up the train as “Our-age train”. “Everybody is bored with the same red and blue trains. This white looks so nice. To add on it has comfortable seats, content on demand and revolving chairs,” said Ritika who hasn’t boarded the Train 18 and her assumptions are based from what she gathered from television and friends.

From the people’s perception it seemed that the Modi government managed to play its cards right. Just a month before the elections a white train had an impact which it was expected to make. For urbanites it was a new-age train and a respite from boring interiors while for rural it was Modi’s bullet train.