Why Finger Lickin’ Will Never Go Out Of Fashion For Indians

Most Indian dishes are ‘made for fingers'. Our star multi-cuisine restaurants could have coaxed us into eating our pulav and dal makhni with silver spoons but catch any self-respecting Indian not tearing apart his Tandoori Roti and dunking it into that dhal with his fingers. 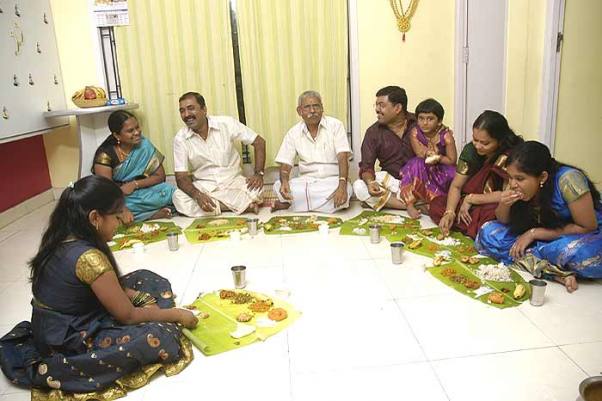 There used to be this hilarious anecdote about C. Rajagopalachari aka Rajaji -- India’s last Governor General. During a state dinner, a white-skinned guest wondered how Rajaji could eat using his fingers? “Isn’t it unhygienic?” the gentleman had asked. In his typical acerbic style, Rajaji shot back, “That spoon of yours could have been in anyone’s mouth before today. But my fingers go only into my mouth.”

Rajaji would have probably endorsed the catchphrase of KFC -- “Finger Lickin’ Good” (FLG) in reference to its fried chicken -- even though he would have frowned upon the food item, being a strict vegetarian like most Iyengars from Tamil Nadu. KFC’s decision to drop the FLG phrase would probably be viewed by Indians as some kind of joke. Even before KFC arrived in our lands, our “Tangri Kebabs”, “Tandoori Chicken” and “Chettinad Chicken” have always been FLG and that is how we have eaten them.

For that matter most Indian dishes are “made for fingers''. Our star multi-cuisine restaurants could have coaxed us into eating our pulav and dal makhni with silver spoons but catch any self-respecting Indian not tearing apart his Tandoori Roti and dunking it into that dhal with his fingers. Down south, the only compromise that has been struck between a plateful of idlis and a spoon is when the idlis are floating in steamy spicy sambar and it makes sense to fish them out with spoons after breaking them into small pieces. Otherwise, for any variety of dosa, the fastest and nimblest fingers are the first choice.

While visiting the US on an exchange programme, three of us had taken our minder – a black American – to an Indian restaurant for lunch and had ordered rice and Malabar fish curry. As we three Indians decided to eat the Indian way – with our hands - our American friend decided he too would give it a try. While our wrists and fingers travelled all over the plate with relative ease and our fingers pushed the mix of rice and gravy dexterously into our mouths, the American was still getting to know the lay of the land, wondering how to strike a union between the white steamed rice and the fiery red fish gravy. Finally, he literally threw up his hands with the words, “This is one battle we Americans can never win against you folks.” And he summoned his spoon and fork.

If only our American friend had witnessed how South Indian lunch is eaten during a wedding! There are no plates or spoons, only the vast expanse of a banana leaf on which all the dishes are served in a certain order. The ultimate battle is fought when the free flowing South Indian delicacy ‘rasam’ is poured on white steaming rice. One has to keep the two constantly interested in each other all the time even as the rasam tries to get away –  first to the edge of the leaf, from there to the edge of the table before dripping on to your white veshti. Just your fingers would not do – the palm of your hand, the fleshy bridge between your small finger and wrist and even your left thumb placed beneath the banana leaf to create an artificial dam -- all come into play to ensure that the “rasam rice” remains a wholesome mix before being sent safely into your mouth.

A single pandemic and the associated hygiene protocols appear to have persuaded KFC to distance itself from the FLG selling point. We Indians may not join the bandwagon that easily. While we have been trained to eat with our hands even as kids, we have also been shouted at by our mothers to “wash our hands first” before sitting for food. And before the dining table made its entry into our homes, we also had to wash our feet as meals would always be had seated on the floor.

For Indians every meal is safe and FLG provided they washed their hands before eating their food. Even this tendency to reach out for a paper napkin to wipe one’s hands is a western import. While a thorough and detailed finger-licking ensures that even the last of the spicy remnants do not get wasted, a leisurely hand wash would complete the picture -- not any amount of rubbing with a paper napkin.

For Indians, water has been the absolute cleansing agent not the white paper introduced by the west – whichever part of the body one gets to clean. No wonder Kai Freise, the travel writer, famously observed once: “The world is divided into two kinds of people – the wipers and the washers.” For us washers, ‘Finger Lickin’ Good’ will never go out of fashion.