Why Foreigners Are Not Boarding Indian Trains 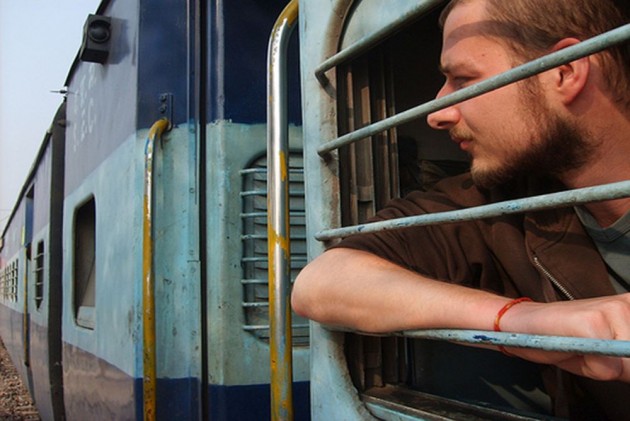 The Maharaja Express – India’s luxury train that plies on five circuits covering destinations including Delhi, Agra, Jodhpur, Udaipur, Varanasi and Mysore - has offered a 50 per cent discount on companion tickets. The Indian Railways Catering and Tourism Corporation (IRCTC) which operates these select trains, has also offered a 50 per cent fare rebate on passengers boarding trains running on the Buddhist circuit, touching upon locations such as Bodh Gaya, Sarnath, Sravasti and Lumbini.

Earlier this month, the Maharaja Express had offered its passengers a 17 per cent discount on Air India tickets. On the face of it, the Indian Railways appears to be engaged in a genuine outreach effort to attract high-end train travellers.

As always, there is another perspective to the affair. Tickets on India’s luxury trains, for instance, are heavily discounted in the peak season because the inflated original pricing mechanism is designed for such reductions. A second, and more important message from the drop in Maharaja fares is this: Occupancy on these trains have been plunging.

According to the IRCTC’s own figures, while 6500 foreign tourists registered on the Corporation’s website and 343 passengers booked tickets for travel by train in 2017-18, the numbers dropped to 4000 registrations and 251 booking in 2018-19.

Until end of 2016, the Indian Railways had offered the facility of a season travel pass called the “IndRail”. After purchasing the card, foreign tourists could hop on to any of India’s trains for a short or long-distance travel. While fares charged from foreigners would be substantially more, such pass holders were not required to pay additional surcharge such as reservation fee, superfast or safety charges.

The IndRail scheme – which had been designed on the patterns of the EuRail pass prevalent in Europe – has now been scrapped and has been replaced by what appears as an enterprise aimed at digging deeper into the pockets of foreigners wanting to travel by train in India. According to the guidelines of the new scheme of online bookings for foreign passengers, they need to pay an amount of Rs 100 for registering their identities on the IRCTC portal and shell out an additional charge of Rs. 200 for each of the train bookings they make. These charges are over and above the additional fares fixed for foreign travellers (one-and-a-half times more of the base fare).

The question is for a country that is too proud to accept foreign aid for flood affected Kerala, why and how can it be acceptable that the Indian government itself persists with an exploitative and unfair system of charging extra from foreigners wanting to travel by train? Any citizen of the world travelling on the European rail systems are required to pay the same amount of fare. Even countries like Thailand do not have a dual pricing system on train tickets.

What is to be done with the abandoned and semi-abandoned stations that dot India’s countryside?

While the Railway Board has not been able to find a definitive answer to the question, the problems on this count have been growing. Reports with the Vigilance department are that some of these abandoned structures have turned into gambling and prostitution dens.

On its network, the Indian Railways have different categories of abandoned premises: The block stations, where manual signalling systems are kept and being operated in some cases. There are also stations that exist on the timetable but have no stoppages for passenger trains.

For instance, Sarpavaram on the Kakinada-Samalkot branch line of Andhra Pradesh – with two main lines passing through and two loop lines serving two platforms connected with a foot overbridge - has been operational for eight years, but no passenger trains stop here. Similarly, Thanisandra station between Channasandra-Yelahenka in Karnataka does not have passenger stoppages. Chipyana Buzurg near Ghaziabad in New Delhi’s outskirts also has no stoppages. According to unconfirmed reports, more than 400 stations have been closed in the last four years following a Railway Board advisory to shut down stations found as being financially non-viable. The apex railway management is now considering the option of leasing out these stations to private contractors.

Ahead of the new year, elderly and women passengers have some reasons to cheer. The Indian Railways have decided to increase the combined reservation quota of lower berths for elderly and women passengers above the age of 45 in this manner: For the Sleeper Class, the number of such designated berths will be increased from 6 to 7, while in the Third AC Class in the Rajdhani and Duranto trains, the quota of such berths have been increased from 4 to 5.