If Maharashtra Chief Minister Uddhav Thackeray hands over the Sushant Singh Rajput case to CBI, neither his government nor the Mumbai Police stand to lose reputation or anything. 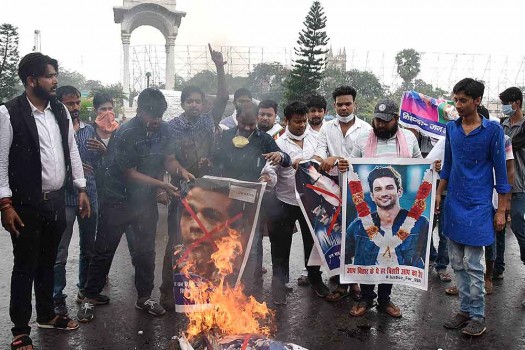 The Uddhav Thackeray government has steadfastly declined to hand over the controversial Sushant Singh Rajput death case probe to the Central Bureau of Investigation (CBI) despite growing demands from across the country over the past month and a half.

The 34-year-old actor, known for delivering hits such as Kai Po Che! (2013), M.S.Dhoni: The Untold Story (2016) and Chhichhore (2019) in a career lasting barely seven years in Bollywood, was found dead under mysterious circumstances at his Bandra home in Mumbai on June 14. The Mumbai police had then prima facie found it to be a case “death by suicide” but scores of admirers of the Bihar-born star have refused to buy the suicide theory since then, calling it a well-planned murder. A section of the so-called “nepotism lobby” from within the industry has also been blamed by them for allegedly tormenting the actor to sabotage his career.

Now, the case has taken a curious turn with Sushant’s Patna-based father lodging an FIR with the Bihar Police against the actor’s rumoured girlfriend Rhea Chakraborty and her kin for, among other things, abetment to suicide.

It has given a further momentum to the campaign on social media and beyond to press for an impartial CBI inquiry into the case. As part of its investigation, Mumbai Police has so far quizzed several high-profile film personalities from Aditya Chopra, Sanjay Leela Bhansali, Shekhar Kapur and Mahesh Bhatt to many of his associates and friends, including Rhea Chakraborty. So far, anything coming out in the public domain from the ongoing probe by the Mumbai Police does not seem to suggest any foul play in the film star’s death.

Nonetheless, neither the fans of Sushant nor his family members seem to accept it. As of now, the highly regarded Mumbai Police, known for deftly solving several murder whodunits in the past, has one of its toughest litmus tests on hand. But now, it is facing allegations of being not-so-partial in the high-profile case due to its alleged hobnobbing with some of the top-notch film personalities, many of whom are being accused of having given the late actor a tough time in his professional life.

The Uddhav government, however, thinks that Mumbai Police is doing a professional job, which makes it absolutely unnecessary for it to recommend the CBI inquiry. But the million-dollar question remains whether it can ignore the growing public demand further if the Mumbai cops are unable to reach any conclusion in the case soon. An inordinate delay will only lead to public outcry.

Come to think of it: neither the Maharashtra government nor the Mumbai Police stand to lose reputation or anything else if a CBI probe is recommended in the Sushant case. Far from it, a fair probe by the central agency may well bring out the truth and establish, once and for all, if Sushant’s death was a result of a planned murder or by suicide.

Already overburdened with workload, the CBI does not have any magic wand as such to crack the multiple cases handed over to it by different states, but it will certainly leave no doubts in the minds of Sushant’s admirers as far as its impartiality is concerned. Its credibility is still higher than any state police, including Maharashtra, despite facing allegations of being a political puppet of the successive governments at the Centre down the years.

In popular perception, if the CBI is expected to take the case to a logical conclusion in a better manner than the Mumbai Police for whatever reasons, the Maharashtra government would do well to let the central agency take over, rather than allowing its own force to face the brickbats. After all, cracking the case as soon as possible should be the ultimate objective for both the investigating agencies. Which one does it does not matter.