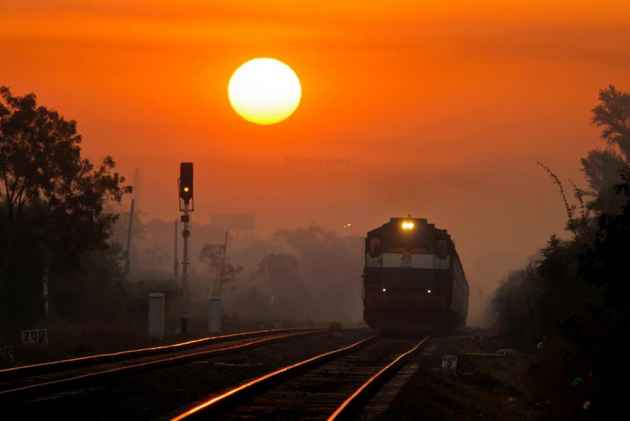 Amidst the general gloom over India's perennially late trains, a small ray of hope has emerged: The curve on the average delay of all trains has started to move downwards.

Across trains in India, passenger trains plying the network of the Indian Railways faced an  average delay of 103 minutes in January this year. The figure came down to 62, 66, 85 and 81 minutes in the subsequent months. For June 2018, trains witnessed an average delay of 67 minutes.

This may not be enough reason to cheer. But the bigger gain on the use of IT applications for passenger services is this:  It has now been possible to pick trends on the best or worst performing trains or routes. Information on the probability of getting a reserved train berth has also become predictable with a fair degree of certainty.

While it is good news that such information is now readily available; the bad is that the National Train Enquiry Service (NTES) – the IT app used by the Indian Railways – has usually been coming up with incomplete or unreliable information.

Stepping in to fill this gap are private rail service portals. One of these, for instance, the Rail Yatri, has been operating the Rush-O-Meter app (which predicts the possibility of getting reserved train berths by calculating the hourly or daily rate of bookings), besides the expected time of arrival (ETA) feature  –which forecasts the entry time of a “delayed” train at a designated platform with a fair degree of accuracy.

India is the world’s 7th largest mover of domestic travelers and has possibly the highest dependence on public transport. Against 60 percent of citizens in the United States and 18 percent in China, just 3 percent people own private vehicles in India. Of the 40 million Indians who travel long distance each day, 12 million travel by the Indian Railways. “The
over-dependence on public transport – particularly on the Indian Railways - brings about a situation of a huge supply and demand mismatch. This is where data can play a big role towards maximizing the travel plans of individuals," said Manish Rathi, co-partner and CEO of Rail Yatri.

Rail data mining is a humongous task involving complex algorithms and techniques. For some reason, the Indian Railways has remained unable to crack the matrix of the data code; with the predictions of the NTES system mostly being at contravention with those of the private rail service portals. Recently, the Chennai-based Southern Railways made alterations in
the train time table, extending the arrival time of trains by approximately one hour, while making no changes in the departure time. The move indicates that the Indian Railways are unwilling to accept existing reality. Unless a change in mindset happens, rail operations are unlikely to get more efficient.

Meanwhile, what rail passengers might have imagined about the best or worst of the Indian Railways are at sharp variance from existing realities. The latest data from the Rail Yatri brings out surprising outcomes:

There seems to be something about rail and travel that seems to have inspired creative or literary passions. While Rabindra Nath Tagore was known to have penned several verses during his train journeys, lesser known mortals including Bengali, Hindi or Odiya writers have incorporated passages or themes from rail journeys in their short stories or novels. Lately, rail officials seem to have got into the fray. When he was in office as a Member (Traffic), Ajay Shukla would often flash his Press Card to visiting journalists, in a manner of establishing his “writer-first” image. Shukla, of course, was an accomplished writer and playwright, having
authored the hugely popular play that runs to full houses even today by the title of “Taj Mahal Ka Tender”. Leena Sarma, who has now been transferred to Guwahati after a five-year stint in Delhi, has also achieved literary success. More recently, Mohd Jamshed – who retired as Railway Board member last month – sprung a surprise by coming out with a book of poems titled “Siyahi”. “Jamshed was a no-nonsense officer; an operations man to the core. That he had a heart of a poet has come as an unusual revelation," remarked a rail official.

Railways seeks out of court settlement with Godrej Group

The Indian Railways are seeking an out-of-court settlement with the Godrej Group in respect of the fracas concerning the company’s reluctance to part with land for the Mumbai-Ahmadabad bullet train project.

Officials in the know of things said that the troubles with the Godrej Group – if allowed to escalate – could bolster the ongoing and politically-backed campaigns by farmers and tribal groups in approximately about half-a-dozen villages in Maharashtra and Gujarat.

The Japan International Cooperation Agency (JICA) is currently studying the possibility of using alternative land offered by the Godrej Group at Vikhroli village in Maharashtra, “In case the new alignment is not found suitable, the Railways will attempt to stay on the current alignment by offering a bigger compensation package to the company," a source said.

On June 19, the Godrej Group had petitioned the High Court to oppose plans of the Indian Railways to acquire 3.5 hectares of land at the village. The group has offered an alternative plot of land, which is at a distance of approximately 300 meters from the originally identified spot. The next date of hearing has been fixed for July 31.