Is India Different From Pakistan?

In India, the Hindu right wing is hounding writer Ramachandra Guha calling him anti-national. In Pakistan, people are objecting to the Supreme Court decision that freed a poor Christian woman who was jailed for many years on the false charge of defaming Islam. 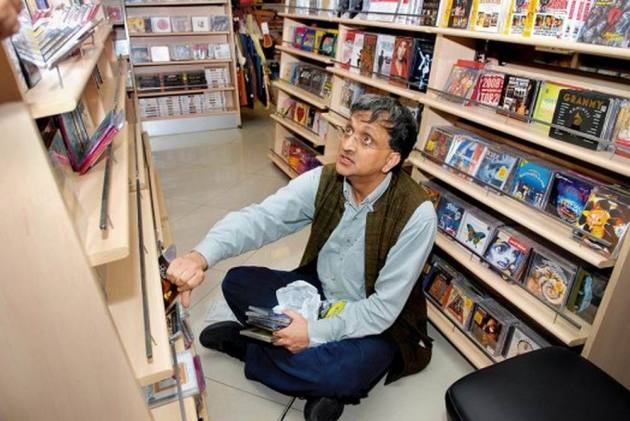 The books in my house are classified in unusual fashion. Some are arranged by subject and theme. For example, biographies and autobiographies are in two large bookcases, and within them they are subdivided by shelf. And so biographies of businessmen are shelved together. Then some are classified by the publisher, so about 500 books from the Penguin Black Classics series are all together, though their subjects are diverse, from Ancient Greek works by Plato and Aristotle to Indian works by Kalidasa and Patanjali.

Some books are shelved together purely because they are a certain size. And so the Transfer of Power series is with the Constituent Assembly Debates series. Of course, usually books by the same author are together because they are on the same subject. There is one exception to this rule, a man who has written books on subjects as diverse as the environment and ecology, history, biography, cricket and politics. It is hard for me to locate his books in my library because his range is so enormous. The writer is Ramachandra Guha. On Thursday, November 2, Guha tweeted this:

"Due to circumstances beyond my control, I shall not be joining Ahmedabad University. I wish AU well; it has fine faculty and an outstanding Vice Chancellor. And may the spirit of Gandhi one day come alive once more in his native Gujarat."

The circumstances that he is referring to were reported in a newspaper that said that the ABVP had objected to his teaching in Gujarat. The report said that “The element of a mobilized ABVP posed a particular kind of risk. There was a real concern that Guha could be harmed on campus.”

Ahmedabad University’s administration reached out to Guha on Monday to discuss the possibility of deferring the date of his joining. He was supposed to join AU on February 1, 2019. Two days after AU reached out to him, Guha tweeted his decision to not join the university.

The next day, this report appeared in the BBC: “It appears that Guha was hounded out by the Hindu right wing in Gujarat, the home state of Prime Minister Narendra Modi and widely regarded as BJP's bailiwick. A leader of the student wing of the local BJP said that they had met an Ahmedabad University official and told him they didn't want Guha to teach in the city."

"We said we want intellectuals in our educational institutes and not anti-nationals," he said, adding that they had quoted "anti-national content" from his books to the official.

They also referred to him as a “Communist."

The BBC reported that “the complaints make it very clear that the students hadn't read Guha's work.”

I will waste no time trying to explain to readers what sort of writer Guha is. It is pointless. The reason I referred to his range is to demonstrate this. Guha is not a man who approaches a subject from any ideological perspective. One cannot write books on subjects as diverse as he has unless there is genuine curiosity and proper scholarship.

The worrying thing is that this has happened with no resistance from the government. We can make all the noise we want to about being a tolerant society but the reality is in front of us.

I am saying it is worrying that the government is allowing and encouraging this but I am not surprised at all. We have been going down this path for a few years now. The world will see no difference between what is happening in India and what is happening in Pakistan today. In that country, people are objecting to the Supreme Court decision that freed a poor Christian woman who was jailed for many years on the false charge of defaming Islam.