Is India Really The 'Most Dangerous Country for Women'?

To not appear in the number one spot again, India needs to show the first world it has learnt its lesson, that there will be Nirbhaya no more. 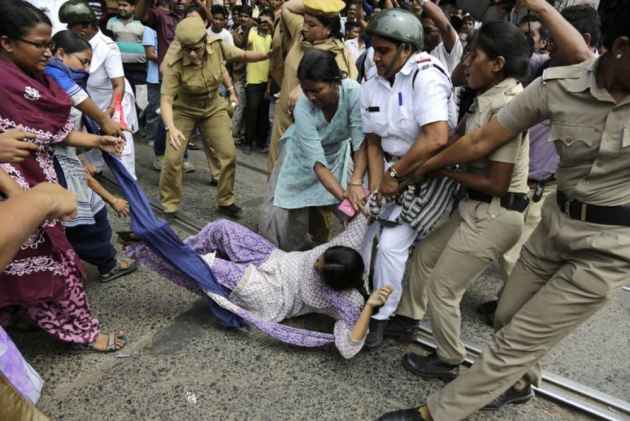 A new Thomson Reuters Foundation survey naming India as the most dangerous country for women in the world fails to show concrete results, with the conclusion based on perceptions of only around 550 experts. Equally, the report made public on Tuesday does not share the parameters, and ends up as an arbitrary analysis of a grave situation looked at from a very tiny lens.

These observations no way seek to disregard the objective of the survey, which is to put in light the dangers women feel across the world—or across the 193 states listed with the United Nations. Only that it suffers from apparent over-simplification that puts a question mark at the end of the report that reads very provocative, to say the least.

True, India is no paradise for women. Rape cases are frequent, while infanticides, dowry, marital rape, stalking, human trafficking, too, make up a significant portion of the news reports from the country of 1.2 billion people. The urban elite may even frown upon the very core of the report, even question its validity, arguing they have always been ‘allowed’ to exercise their choice. Admittedly, city women belonging to the middle and upper class are a privileged lot, unperturbed, if not ignorant of the miserable existence of their sisters in the rural areas or even the suburbs.

Yes, we may argue that India doesn’t have Taliban waiting to shoot dead any girl stepping onto a school bus, but we do have khap panchayats that advocate revenge rape and similar diktats that find acceptance as unofficial governance. It’s a country that is steeped in patriarchy and casteism, which allow honour killing. To say the report is inaccurate because we, the privileged brats, have never experienced it, is to say there exists no darkness because we sleep through the night.

The problem lies not in the report per se, but in the severity of its claims. And here, I wish to detract. The report is over-simplified and mentions no statistics to support its conclusion.

For the US—the only Western country that has found a place in the top 10—the Me Too movement is mentioned as a trigger for the disillusionment of the American dream for women. How the social movement that began and ended in the glamorous circles of Hollywood came to be a signifier of dangers a woman feels in the entire country appears too generalised.

For India, the report mentions the 2012 Delhi gangrape incident—possibly among the firsts in India that caught global attention, which continues to do so. The incident is etched in the global memory and haunts the collective conscious of us all. But again, to attribute it to a survey published 6 years later appears to be a narrow approach. One wonders if it’s the condescending Western eyes fixated on one incident, almost ignorant of thousand others that need attention.

The report almost seems to be based on incidents of crime against women that became popular (if so can be said) in the global scenario. “Experts said India moving to the top of poll showed not enough was being done to tackle the danger women faced, more than five years after the rape and murder of a student on a bus in Delhi made violence against women a national priority,” the report said. And it is challenging to prove them wrong.

Only last week, five women working of an NGO in Jharkhand were abducted from a missionary school, gangraped at gunpoint, allegedly with the complicity of Father Alfonso Alien who headed the sacred organisation. Early this year, the rape and murder of an eight-year-old tribal girl in Jammu's Kathua district caused massive outrage worldwide. These are just two of the hundreds of cases that immediately come to mind at the moment.

All the same, it appears the survey is tone-deaf, if not entirely ignorant. The world’s top 10 dangerous countries for women has only three countries (India, Republic of Congo, USA) listed as dangerous for women under growing cases of ‘sexual assault’. Rest of the countries, including Somalia, Afghanistan, Pakistan and Syria, are dangerous because of lack of economic opportunities for women, healthcare and non-sexual assault.

The foundation’s last report in 2011 placed India in the fourth position, citing “female foeticide, infanticide and human trafficking”.  Soon after the 2012 Delhi gangrape incident, the focus shifted to cases of sexual assault against women in the country.

Delhi soon became a ‘rape capital’, western countries started issuing travel advisories to women, BBC even went on to make a heart-rendering documentary called India’s Daughter to dig deeper into the crooked system that is gnawing the country’s psyche. It is almost as if more than the act itself, it was the (rightful) global outrage which ensued that resulted in all future admonishments the country received.

To not be in that spot again, India will have to show to the world it has learnt its lesson, it needs to assure no more to its citizens than to the citizens of the first world, that another Nirbhaya will not happen, lest it retains the unforgiving number 1 spot in another survey.