Rather than talking about Kashmiri doctors and multi-storey houses in the state, had the Governor concentrated on the fax machine at the Raj Bhavan, Jammu and Kashmir Assembly’s dissolution would not have made headlines in international media. 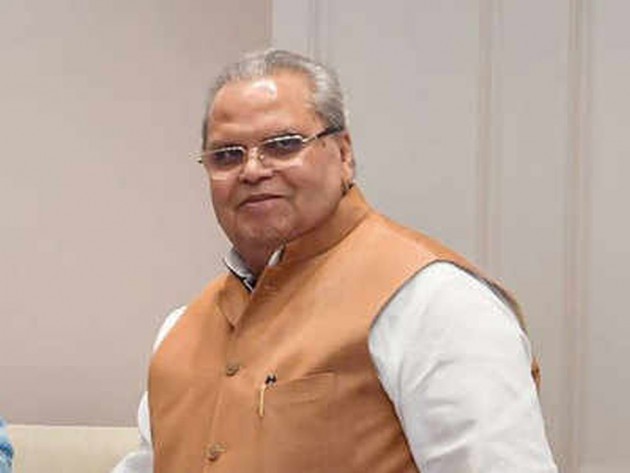 Since past several months, Jammu and Kashmir Governor Satya Pal Malik has been talking about improving governance in the State. He’s angry over corruption in the system. Taking credit for recently declared bank recruitment results, he called the results "transparent". He later rebutted his own statement, adding that the results were not transparent. He again rebutted his own rebuttal. They were transparent, he said finally.

At the same time, he is surprised and shocked why Europe is full of Kashmiri doctors. Malik says Europe is full of Kashmiri doctors who advocate separatism. He argues while children of ordinary Kashmiris drive ponies during the Amarnath yatra and don’t have even sweaters. But then he also argues that no house in Srinagar has fewer than 15 rooms and carpets worth crores of rupees. The Governor says several officers have not filed property returns and he is fighting a tough battle against corruption.

Rather than talking about Kashmiri doctors and multi-storey houses in the state, had the Governor concentrated on the fax machine at the Raj Bhavan, Jammu and Kashmir Assembly’s dissolution would not have made headlines in international media, including European newspapers. The Telegraph headline read: Turmoil in Kashmir as state assembly dissolved after ‘faulty’ fax machine prompts twitter fight. The BBC headline read: Fax machine fuels political crisis.

Like any other state, parents in the Valley also want their children to be doctors. And some of the doctors, over the years, moved to the Europe and live there. Kashmiri doctors might have been in some numbers in Europe but to say that the continent is full of Kashmiri doctors is an exaggeration. For several decades, enrolling their children in medicine or engineering colleges has been the first option for parents. Even Farooq Abdullah studied MBBS, so did his younger brother.

When the militancy, backed by mass uprising erupted in the Valley in 1990s, those who were financially stable, sent their children to many Central Asian countries to study medicine. Most of them learnt to speak Russian, Uzbek or Tajik. Even today, Kashmiris travel to Pakistan, Bangladesh and even Egypt to pursue MBBS.

However, the government in the Valley works like the 'fax machine' of the Governor’s House. It is always engaged but hardly works. For past ten years, two universities allocated by the Centre are running from rented houses in Jammu and Srinagar. The government is so engaged that it has no time to allot suitable land to build the infrastructure, making few families richer by few crores as rent.

When the Centre approved setting up of All India Institute of Medical Sciences (AIIMS) in the state, the question was where to build it – in Jammu or Kashmir? After protests, the Centre decided to set up two AIIMS - one in Jammu and another in Kashmir. Six years later, they are yet to be built.

As far as 15-room houses are concerned, people in Jammu and Kashmir live in houses like elsewhere. You should allow this much of Azadi to Kashmiris to live in houses! But you will not find any middle class house with 15 rooms. In fact, in old city, at times, you will find five families staying in five rooms.

Why do Kashmiris construct two-and-a-half storey houses? The reason is climatic condition of the state. During winters, the temperature drops to minus seven degree. Kashmiris use the upper storey for storage purposes in winter season. Most of the people live in joint families, which requires more living space and rooms, resulting in construction of bigger houses.

Also, if people own houses and a bit of land in Kashmir, much of it has to do with the land reforms led by Late Sheikh Mohammad Abdullah in 1950s. It is mostly due to the land reforms coupled with growth of horticulture in the past four decades that it brought some prosperity in the state which has no industrial base otherwise.

Even the doctors settled in the Europe don’t invest in anything except the housing sector and land as there are no other avenues to invest. But the problem is not the houses. Problem is rampant corruption in the system and nepotism. Corruption, even if at small scale, such as a faulty fax machine in the Governor’s house collapses the system and, at times, leads to dissolution of J&K House.