India is the only country in the world with Katrina Kaif. Have they not seen her mango drink advertisements?, says the post 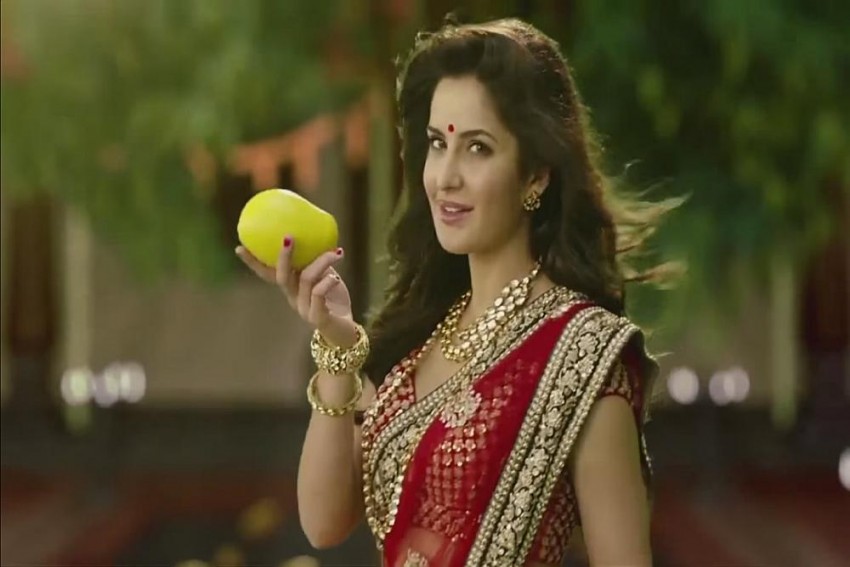 Courtesy: YouTube
September 28, 2016 00:00 IST Karachi's Stand-Up Comedian Has His Reasons Why India And Pakistan Should Not Go To War 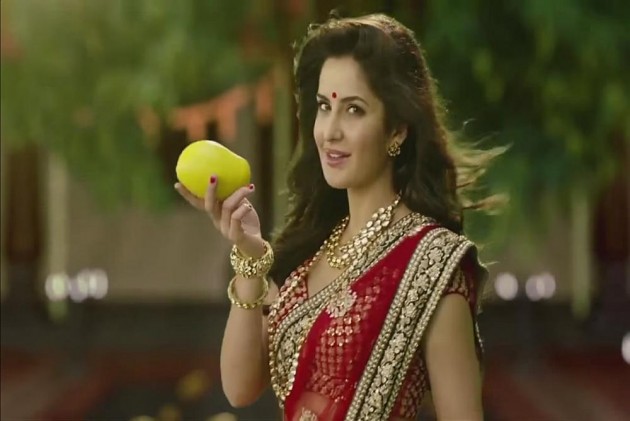 "Why go to war with India?

Why are some people in Pakistan suggesting we go to war with India?

They are the only country in the world with Katrina Kaif. Have they not seen her mango drink advertisements?

On the other hand, India too should be mindful about escalating tensions on the Line of Control. If we ask Fawad Khan and Ali Zafar  to come back, Indian ladies will have to go back to swooning over the likes of Sunil Shetty and Ajay Devgan.

India and Pakistan should share a friendlier border so that it is easier for Sania Mirza to travel back and forth between her sasural and maika. Maybe that way, Shoaib Malik might also get a chance to play a little cricket while Sania is away visiting her parents.

We have lived next to each other as neighbours for 67 years now. Sure, when I moved into my own neighbourhood, I would throw lemons  at my neighbour and he would play cricket on my porch claiming that he had rights over it; but we eventually found a way to live together.

Now, we are living off the sugar and potatoes borrowed from each other every other day. We even get together and gossip about the neighbourhood.

India and Pakistan should do the same; discussing how Bangladesh is now old enough to get married and find a reasonable superpower suitor for her or how they saw Sri Lanka shopping at Sunday Bazaar despite claiming she only wears “designer joras”.

If either sees that the Chinese ambassador is sneaking into the embassy late every night, they can conjecture over what new country it might be having an affair with.

India and Pakistan should also do the number one thing that makes a neighbour just the absolute best: sending leftover biryani from functions at their house.

Households in both countries have forged friendships with their neighbours and healthy communities. You can even say that it is a Kahani Ghar Ghar Ki. If India feels that they have the upper hand right now and they can exploit that, it should not forget that Saas
Bhi Kabhi Bahoo Thi. They should become a good Humsafar to us rather than acting like Mera Sultan.

And if both the countries keep insisting on competing, instead of co-operating, then, there are still better alternatives to war
available.

Here are some ideas:

Shahrukh Khan and Sahir Lodhi can compete against each other for the ‘Best Sahir Lodhi Impersonator Award'.

Tahir Shah and Himesh Reshamiya can have a singing competition. There is potential for superhit duets like Eyes dikhla ja and Dil kee soorkh deewaron par eyes hai teri teri.

A spelling bee competition between Bilawal Bhutto and Rahul Gandhi where they would be asked to spell words in Urdu and Hindi respectively.

A Master Chef style competition between India’s Prime Minister, Narendra Modi, famous for starting his career selling chais and Pakistan’s President, Mamnoon Hussain, rumoured to have started his career selling dahi bhallas. Both the leaders can set up food stalls to see who can outsell the other. Alternatively, we can even create a Pacman style game where Nawaz Sharif eats everything.

Raghu Ram of MTV Roadies honour and Waqar Zaka of Living on the Edge dishonour can audition each other for their respective shows to see who is the most ‘daring’.

I would also suggest a competition to see which country has the better Coke Studio, but then even Pepsi agrees that Pakistan’s Coke Studio is the best.

These are just some suggestions; we can incorporate all the ideas to have an Olympic style competition between the countries; anything to bring the two closer together.

Hopefully, we do not have to see another scene of Meera and Ashmit Patel kissing on screen to make that happen.

Celebrities of both countries should come forward to volunteer themselves for these competitions. The Tahirul Qadri of India (popularly known ‘Zakir Naik’) can compete in a memory test against our sports anchor, Mirza Iqbal Baig.

On the other hand, the following is an excerpt from an actual conversation between Zakir Naik and a waiter at a restaurant in India:

Waiter: “Hello sir, what may I get you?”

Waiter: “Sure sir, that is the Chicken Burger, would you like any fries with that?”

Zakir Naik, “Why? Why would I order fries brother? It is written, on Page number 7, line number 8, it states all burgers come with fries.”

It is rumoured that Zakir Naik even reached out to Imran Khan to organise a dharna over the 'dhandlee' at the restaurant. The Olympics could even feature a dharna competition between PTI and Anna Hazare.

We have reached out to India on numerous occasions to improve relations between the two countries. We even let them win a World Cup semi-final, when Sachin Tendulkar was batting, all Pakistani fielders were busy pretending they were Kamran Akmals. Oh by the way, the latest research says Kamran Akmal can potentially help cure many Ebola patients; he is apparently the only person who is unable to catch it.

India needs to treat Pakistan as equals. We are not far behind them in any field. Modi met Obama and we had Osama, we are literally just a letter away from them. They sent a satellite to Mars and I just sent Fazlu kaka to the store to get me a Mars bar.

India is also known for the Taj Mahal but I doubt that impresses any Pakistani. Our country has made a national hobby out of putting women in walls. There is a saying in Punjab, "Jinay deewar mai chuniya hee nahee o jamiya hee nahee".

India, your movies taught me that “pyar dosti hai” so despite the fact that we are fighting with each other, you need to understand that kuch kuch hota hai, tum nahee samjho gay.

Do not wait till this Kajol becomes all beautiful and gets wooed by a Salman Khan. Let us try to be friends and if things work out, maybe some years down the line, our parents will meet each other and pave the way for our everlasting happiness."

Prabhu Deva Does A Gandi Baat Jig With Father