Dawshobhuja A Durgachitra, a musical video launched by classical musician Kumar Mukherjee, delineates a day in the life of a Bengali family immersed in Durga Puja celebrations. 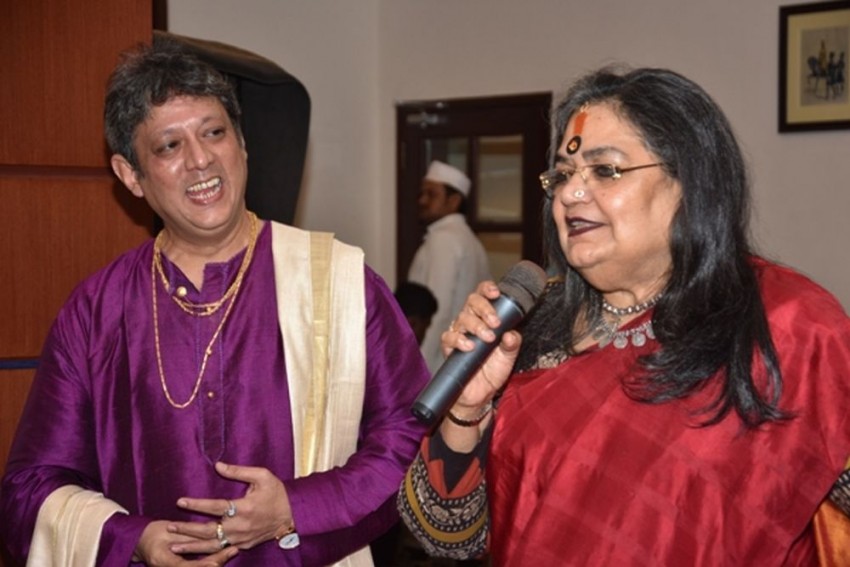 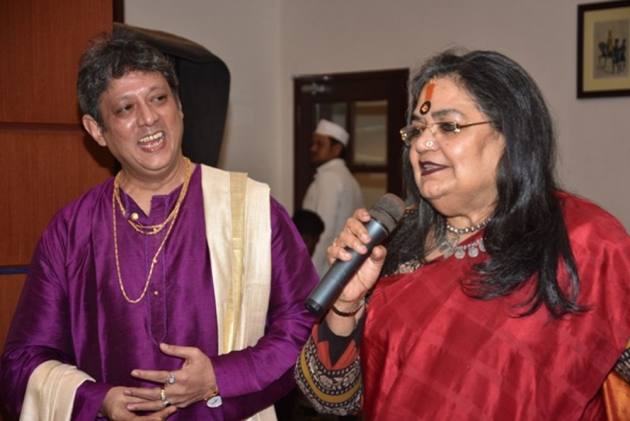 On the black night of the new moon on October 8, households across Calcutta, before retiring to bed, will turn on their radio sets and keep it tuned to Akashvani, the local station of All India Radio.

In these times of futuristic systems of listening to music, the retro radio is not discarded by Bengalis mostly for one reason. And that is to wake up at the crack of dawn on Mahalaya – the auspicious day of the new moon, a week before the five-day worship of Goddess Durga begins – and catch the “Mahishashur Mardini” (or “Slayer of the evil demon, Mahishashur”) programme on the radio.

A part of the holy Hindu script of “Chandi Mantra”, “Mahishashur Mardini” invokes Goddess Durga to come down to earth and save humanity, which “Durga Puja” is essentially all about.

Since 1931, All India Radio in West Bengal broadcasts a two-hour recitation (from 4 am to 6 am) of the holy verses, accompanied by the blowing of conch shells, chanting of mantras and devotional songs and compositions based on classical ragas. Narrated by the legendary broadcaster, the late Birendra Krishna Bhadra, the annual programme became an instant hit and his powerful voice became so popular that listeners rejected any other replacement, including that of Bengali yesteryear superstar Uttam Kumar. And so, to this day, it is a recording of Bhadra’s recitation that the city wakes up to.

Relegated to the back of the cupboards throughout the rest of the year, the radio sets are ferreted out of the dusty shelves of oblivion and kept ready to crackle at the break of dawn on Mahalaya.

Inspired by “Mahishashur Mardini,” which is essentially a radio storytelling infused with music and mantra, many attempts have been madethroughout the years  to bring to life the myth of Goddess Durga through multiple media.  From film and stage productions to television shows to even advertisements, the Durga story has enthralled generations.

A musical video launched by classical musician Kumar Mukherjee delineating a day in the life of a Bengali family immersed in Durga Puja celebrations is creating a buzz this year.  Produced by Mukherjee’s organisation RaagReet, the audio-visual story is called “Dawshobhuja A Durgachitra” and it explores the intricacies of the ancient tradition of Durga worship through the perspective of several generations of a modern Calcutta family. The role of patriarch or head of the household is being played by veteran actor Soumitra Chatterjee and musician Usha Uthup plays the role of his wife.

“No dialogue has been used,” explains Mukherjee, who created the concept, composed music and lyrics, sung and is featured in the video. “The entire story is conveyed through visuals and music.”

Mukherjee says it was difficult to receive funding for the project. Other than not identifying any specific target audience, he didn’t plan distribution, screening or even the medium through which it would be streamed. “It was just an overwhelming creative compulsion to tell the story of our tradition by making the short film,” he says.

To raise money to meet productoon cost, his mother and wife sold their gold jewellery. “They didn’t mind at all. They knew how important it was for me,"  says Mukherjee.

It helped that most of the cast comprised his friends who wouldn’t take money for their roles. They included percussionist Bickram Ghosh and lead drummer of popular Bengali music band Lakkhichhara, Gaurab Chatterjee (better known as Gabu). Others who featured in the music video, directed by Souvik Bhattacharjee, were Abhijit Barman, Chandrabali Rudra Dutta, Ujjaini Mukherjee, Mainak Nagchoudhury, Anindita Sarbhadikari, Jaya Seal and Ratul Shankar.

"Usha di (Usha Uthup) refused to take any money or even an honorarium for the project,” Mukherjee says. “I am so grateful to her.” Uthup too has expressed happiness to have been paired opposite the living legend Soumitra Chatterjee.

The musical short film of sort can be streamed on the web, television or other visual mediums. Watch out for it this Durga Puja.

In Chennai, A Rs 450 Crore Building With An Identity Crisis