She may have earned the moniker of “tragedy queen” for portraying roles of a suffering woman in a slew of films but that did not justify at all her enormous range of the histrionic prowess. 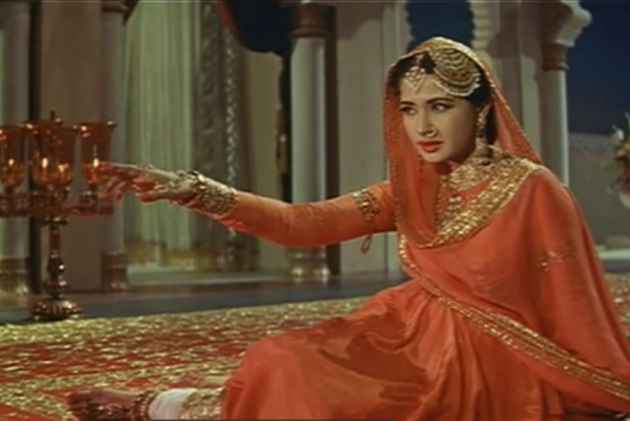 A top-notch producer of his time approached Raaj Kumar, sometime in the mid-seventies, with an offer to play the male lead in a movie named after a female character, which was to be played by the highest-paid actress of her generation. The maverick actor heard the script and agreed to sign the film on the dotted lines.

But he had a precondition: He asked the film-maker to change the title, insisting that he does not do movies where heroines play the eponymous roles. Visibly miffed, the producer tried to interject, reminding the actor that he had done Pakeezah (1972) only a few years ago. Unruffled, Kumar retorted, in his characteristic style: “Jaani, unke paas Meena Kumari thi, tumhare pass Meena Kumari hain? (Pakeezah had Meena Kumari. Do you have anybody like her?)” Dumbstruck, the producer left the actor’s Worli home quietly.

Raaj was known for his plain-speak and eccentric ways all through his career but here, he was not referring to Meena Kumari’s name merely to turn down an offer. It reflected his deep admiration for one of the most accomplished actresses the Indian film industry has ever produced. Raaj who had played the lead opposite Meena in the iconic Kamal Amrohi movie was among those actors of the 1950s and 1960s who were apparently intimidated by her talent and personality.

She may have earned the moniker of “tragedy queen” for portraying roles of a suffering woman in a slew of films but that did not justify at all her enormous range of the histrionic prowess. Looking back at her awe-inspiring oeuvre of movies on her 85th birth anniversary (which Google has commemorated with a doodle), it is clear that she was far too versatile to be bracketed within one particular type of roles. It is true that she achieved the iconic status with her roles in movies such as Sahib Biwi Aur Ghulam (1962) and Pakeezah (1972) which showcased the effortlessness with which she played the quintessential Indian women at the receiving end of a typical patriarchal society. But there were many other characters such as the ones in Parineeta (1953), Dil Apna Aur Preet Parai (1960) and Majhli Didi (1967), which proved her versatility beyond doubt. But then, in an era which had crowned Dilip Kumar as the ‘tragedy king’ for his roles of a protagonist destined to doom in films like Devdas (1955), Meena Kumari fitted the bill of his female counterpart.

Meena, in fact, belonged to an era which produced many a great actress of their time. Nargis, Madhubala, Waheeda Rahman, and Nutan, to name a few, were all actresses of astounding calibre and their talent shone through the kind of movies that they did. Unfortunately, that era is still known as the era of three top stars – Dilip Kumar, Raj Kapoor and Dev Anand – who ruled the Hindi film industry those days. The contributions of actresses like Meena Kumari were not less than any male actor of their generation but that was never openly acknowledged by the film industry, which was obviously as patriarchal as the erstwhile Indian society, and fought shy of giving women actresses their due.

Among her illustrious contemporaries, it was, however, Meena who emerged as the epitome of women empowerment, and played the lead in many women-centric movies such as Saheb Biwi Aur Ghulam, Pakeezah and Phool Aur Patthar (1966), where actors like Guru Dutt, Raaj Kumar and Dharmendra played a second fiddle to her. Sadly, her life and career were cut short because of her ill-health caused primarily by her addiction to alcohol and her turbulent personal life. She was barely 38 when she breathed her last, leaving a void that might never be filled again. And that’s indeed a tragedy befitting the stature of a ‘tragedy queen’!