New Time Table Of Trains: Why Passengers Are Bewildered

After Indian Railways put into effect the changes from the intervening night of August 14-15, huge confusion has prevailed among rail commuters. 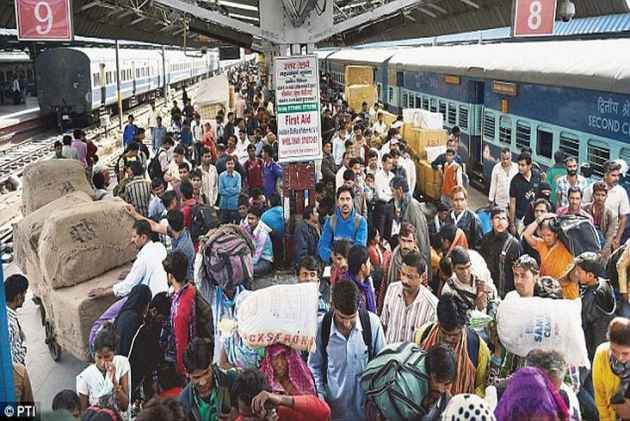 Rail passengers are a dazed lot following the ministry’s abrupt Independence Day announcement on vast changes in the time table. In some cases, the running time has been increased by extending the arrival time of a passenger train at the culminating station, while bringing no changes in the departure time. In other cases, the terminal station at the originating station has been changed. With the changes having been put into effect from the intervening night of August 14-15, huge confusion has prevailed. For justifiable reasons too; as a passenger booked to board the train from the Capital’s Hazrat Nizamuddin station could now be required to embark on the journey from the Sarai Rohilla station! Passengers have been in a state of panic on questions whether the departure time of their booked journeys have been advanced or delayed – or by how much time.

Official justifications are that the measure would help the transporter get a grip over punctuality issues by factoring in time for track maintenance in the running time of the train. Officials say that the timing changes will make it possible for the Railways to find dedicated time to maintain tracks or signalling systems – tasks that are currently being done in a haphazard and arbitrary manner, sometimes.

The aim of reducing the speed differentials on tracks can also be achieved by making possible the bunching together of similar types of trains. For instance, fast moving trains such as Rajdhanis or Shatabdis would be made to depart one after another; followed by the slow-moving goods trains. As of now, a Shatabdi is sometimes preceded by a passenger train moving at snail’s pace – a situation akin to a Ferrari being preceded by a bullock cart on a national highway!

Little to quarrel over such arguments. But, as transportation experts say, train scheduling is a component of and not the complete problem that has been causing train delays. For instance, trains are also delayed because of the large number of halt stations. Between the Mughalsarai (now Deendayal Upadhyaya) and the Patna stations, close to 50 halts exist in the time table! No decisions on eliminating the unnecessary halts have been announced in the fresh time table.

In the last four years, close to Rs 2 lakh crores have been pumped into rail infrastructure. “Funds have been spent on projects for converting Narrow Gauge into Broad Gauge lines or towards the manufacture of high-powered locomotives, while money spent on decongesting the network has not been adequate,” said former Chairman Railway Board Vivek Sahai – currently a senior consultant with the Observer Research Foundation.

Following the decision to extend the running time, it is possible that certain trains could lose the Superfast tag. This will accrue as a revenue loss for the Railways. An equally important issue is this: Could not the ministry have handled the task better by announcing and explaining the need for the time table changes in advance? If nothing more, this could have saved passengers the torture of going about like headless chicken!

For an organization so characterized by wanton neglect of its heritage properties, every small step at conserving its legacy is taken as cause for celebration. This Independence Day, the Indian Railways launched a pilot project to operate digital screens at 22 identified stations to showcase what is called the “opulent heritage” of the Indian Railways through one or two-minute-long video clips on LED screens. QR code-based posters are also proposed to be displayed on the posters. Passengers can scan the QR code on their smartphones to view a streaming video on various aspects concerning the evolution of the Railways in India.

Even as a symbolic gesture, the initiative is laudable – given the dark history and mindless destruction of rail heritage in past decades. The engine that ran India’s first train from Bori Bunder (present day Mumbai) to Thane in 1853; the coaches that carried the ashes of Mahatma Gandhi and Jawaharlal Nehru; the wooden coach saloons used by the Maharajas of pre-Independence era – majority of these were cut up and sold off as scrap in past decades. Of the 11,000 odd steam engines existed in the inventory of the Indian Railways at the height of the steam era in the 1970s, just about 25 have remained. Some of these have been left to rust and die in abandoned godowns and crumbling factory premises.

Not surprisingly, meaningful initiatives at heritage conservation have come from the private sector. Based at Touru Road in Gurgaon, the Heritage Transport Museum – run by a private trust – has on display a 1953-vintage steam engine and a Narrow Gauge Rail Bus that plied on the Burdwan-Katwa route of the Eastern Railways in the 1960’s. The steam engine – called the Jung Loco (of German make) had been lying in a state of disrepair for the last 35 years in the premises of an industrial dairy farm at a nondescript Bihar township of Rohtas. “Trees and plants were growing out of the engine; which had had to be ripped open for repair,” said Tarun Thakral, the museum trust’s founder and managing trustee.

Among the other exhibits on display at the Gurgaon museum is a 1940-vintage water column that was used to fill water in the steam engines and a wood bodied tramway (also built in 1940). At a workshop that has been built adjacent to the museum, work is in progress on rehabilitating a steam engine built by the Kerr Stuart of UK in 1923. For the four and a half years of its existence, the Heritage Transport Museum has a remarkable progress to show.