On June 23rd some 15-20 men dressed in the uniforms of the Gilgit Scouts climbed up to the base camp at the foot of the Diamir face of Nanga Parbat. There, at the height of 13000 feet above sea level, they pulled climbers, guides, porters and cooks out of their tents, smashed their phones, laptops and solar panels and put them in two groups. The locals were in one group, the foreigners were lined up on the other side. Then they shot all the foreign climbers in the back of the head. Since exit wounds are bigger than entry wounds and exit wounds were in the face, some of the foreigners are said to be hard to recognize. Looking at ID cards, they also shot a local cook whose name was Ali Hassan. Another local who told this story to a friend survived because his name is Sher Khan. He is Ismaili. Luckily for him, they just looked at ID cards. He survived because his name doesn't sound Shia.

It takes a day to climb to the base camp. The area is fairly remote. Adventurous tourists and climbers do go there, but its still the kind of place where everyone knows who has just passed by and why. Yet 15-20 killers made the climb, carried out a massacre and disappeared. And have not been seen since.

Its not THAT remote thought. The valleys to the west are the region of Kohistan. Its a Sunni majority region that abuts the significant Shia and Ismaili population of Gilgit-Baltistan. In the 1980s General Zia, perhaps not fully confident of the Jihad bonafides of the Shias, had the Kohistanis massacre some local Shias and started a sectarian feud that is still ongoing.

A year ago there was a massacre of Shia passengers travelling to Gilgit through the nearby town of Chilas.

Note that passengers are being identified by the scars on their back. The people who are carrying out the massacre are NOT masked. The whole affair is happening on the main highway. It went on for a long time. But nobody came to stop them. Nobody has been arrested or punished. There have also been episodes where climbers or tourists have been looted by armed men in the area. So violence is not new to this region. But previously only locals were being killed, now the terrorists have struck a more prominent target.

This “message” will probably wreck the remaining high-end tourism (aka serious climbing) in this part of the Himalayas (climbers may still come to K-2 because that region is more remote, has more military presence and is not so close to where the Jihad has its Kohistani node). Even this destruction of tourism potential may have a sectarian dimension. Some people have said that the Takfiri terrrorists and their supporters are not the main beneficiaries of the millions spent by foreign climbers in the region; the more educated Shia/Ismaili entrepreneurs of Gilgit-Baltistan dominate the high-end trade. I am not sure how true this is…and someone with better local knowledge can enlighten us about the religious loyalties of the porters, cooks and guides who will now lose their livelihood in addition to the Gilgit tour operators and climbing expedition companies?

The massacre has certainly struck a chord among Westernized upper-middle class Pakistanis, especially those with links to the army and bureaucracy. The majestic mountains of Northern Pakistan are not the original homeland of our (predominantly) Punjabi elite, but thanks to the accidents of history, they are now “OUR mountains” and we are VERY proud of them. Even as things fell apart elsewhere, we were still home to some of the most beautiful valleys and imposing mountains in the world. And professional climbers still came from all over the world to pit themselves against K-2 and Nanga Parbat and the dozens of other peaks in that region. Shias being pulled off buses in Chilas (just miles from the site of this current outrage) never really hurt the elite in the way THIS is hurting. So I dont doubt that a good section of the Pakistani elite and the majority of young officers in the region are determined to bring these killers to book. But I do doubt that they will get too far. Strategic depth has come home and its not easy to change that. The killers have just vanished off the face of the earth because they have local support (many of them may be locals themselves). And that local support connects with the wider jihadi network. And that network is connected to the “good taliban” and the “good jihadis”: the kind who were supposed to get us Kashmir and Afghanistan. The dream may be a bit faded by now, but it still has power.

More to the point, the dual administrative control of “sensitive areas” (Balochistan, FATA, Kohistan, Northern areas etc) has worked its magic. It’s not just that the state may not want to do all it can. By now, the state doesn't really know HOW to do it. The local police lack capacity, lack will and most of all, lack authority. Behind the scenes, the force commander northern areas (FCNA), the army and its various agencies run things. So everybody defers to them. But their workings are opaque. Their own bosses may not know what their lower level people are up to. And they can always blame the police. The police can always claim “we dont have a free hand”. Nobody is responsible in the end. In any third world country (OK, for poco-pomo types, I will accept that the words “third world” can be deleted; “world” will do) there is a nexus between criminals and the local administration and then there is the usual South Asian incompetence and corruption. But what happens when there are MANY local administrations and no clear lines of authority or responsibility?

(From a friend who knows the region well):

I interviewed sher khan today, a survivor of nanga parbat and close relative of nazir sabir. Here is summary.. they had been camped at north west face of nanga parbat for a month….on that night…just past midnight they came shouting “taliban, alqaida, surrender”…they were masked, in tactical wests and shoes and had head lamps….they searched all tents …smashed satellite fones, solar panels and laptops….gathered all at one place….sagregated pakistanis……made video of every foreigner asking his name and country….were speaking pashtu, urdu in pashtu accent and a few words of shina….after video they ordered the foreigners to make a line and turn, ….then with a loud thunder of allah o akbar, that echoed from far away due to few of them .in outer cardon as well, 9-10 people opened fire and then leader shot every body at back of head to ensure that faces are mutilated beyond recognition due to exit wound….they gave lecture to pakistani survivors about supermacy of kitaal and jihaad…..then checked their id cards ….found hassan on one card…..shot him in head and face and left chanting allah o akbar. However, they left sher khan, not knowing he is an ismaaili.

As expected, the Paknationalist web is alive with conspiracy theories. Leading anchorperson Talat and leading analyst Moeed Pirzada have tweeted and facebooked about the need to be bold and blame India. Friends and family in the army are convinced that the Hinjews have struck another blow against Pak-China friendship, high-altitude tourism, and other strategic levers of Pakistan. Why the finest intelligence agency in the world cannot stop these conspiracies is not explained. Incompetent or complicit? there is no third option.

That there is no third option is what drives Paknationalists crazy. Do we admit we are incompetent? or do we think we are complicit? Unstoppable force meets immovable object and conspiracy theories erupt from the point of contact.
still, its getting harder and harder to keep up the charade.

Un-named “sources” are saying the Asmatullah Moavia group of the Taliban did it. The Taliban themselves have claimed responsibility. Maybe when Imran Khan goes to negotiate with them, he can ask them why they shot innocent foreign climbers who were guests in our country? Proportionate response? Collateral damage?

I know its fashionable to equate American war-crimes with such crimes. In fact, Professor Chomsky has just written that Obama presides over the largest terrorist operation in HISTORY. But I do think there is a difference (a very important difference) between someone who has to lie about their crimes and someone who is proud of theirs. The Nazis said the same thing by the way; that everyone does it, we just admit it more openly. Where that led is known to many.

Here are some of the climbers who were killed.

Chun Fang Yang the famous international climber of China was among the climbers who were shot last night. He climbed Mount Everest twice and Muztagh Ata ten times.RIP 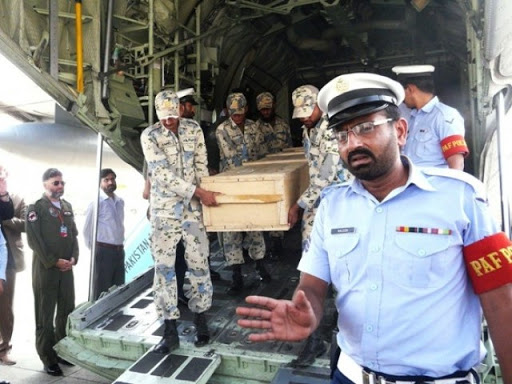 Kharkov Alpine Club has confirmed the death of three Ukrainian climbers. As per web report, the climbers killed by terrorists at Nanga Parbat Base Camp had families and young children. The Club will release funeral and burial details of the climbers later. Ukrainian Causalities:

Shenzhen-based Jingbao newspaper reported that the three deceased Chinese are Rao Jianfeng, Yang Chunfeng and Honglu Chen. Honglu Chen was a China/USA dual national. The Chinese Mountaineering Association also confirmed the attack on the Chinese team and causalities of two nationals. Miraculously, the fourth climber of the team, Zhang Jingchuan, was able to escape from the massacre site and hide in a ravine when the shooting was going on at Base Camp. Chinese Causalities:

The death of Lithuanian, Ernestas Marksaitis, was confirmed by expedition leader, Alexandra Dzik, yesterday. Unfortunately Ernest was the only member of the International Expedition at Base Camp, while the rest of the team was in high camp. Lithuanian Causality:

The Pakistani who died in the incident was a cook at Base Camp and belonged to Hushe Valley, Skardu. Pakistani Causality:

The Ukrainian website, 4sport, reports that the deceased Slovak climbers are Anton Dobes and Peter Sperka. Peter and Anton were part of the Ukrainian expedition. Slovak Causalities:

An official list of victims has not been shared yet. Nanga parbat means naked mountain in Urdu (the original name is from Sanskrit). For anyone who did not get the “bald mountain” reference:

btw, as noted below by various commentators, the local Sunni fanatic faction in Kohistan is hostile to climbers and tourists in general. They are not the ones losing their livelihood. In fact, since the finest intel agency in the world trained them in Alpine warfare, THEIR livelihood is more dependent on a different kind of foreigner (the sort willing to pay protection money, employ “non-state actors” or otherwise contribute to the cause, willingly or unwillingly).

btw, contrary to all Paknationalist conspiracy bullcrap, the local police chief claims to know the terrorists and none are foreigners.

The local police chief says the attackers are still in the mountains, but not arrested yet.

This is usually code for “we are negotiating with their bosses”. Mostly likely a deal will be reached, low-level attackers will be arrested. LEJ honchos in the area will promise not to attack more climbers in exchange for XYZ concessions. Attackers will be well treated in prision (no routine torture). Eventually the courts may set them free since no on will turn up to give evidence..or the judge will magically die.

If experts think it will be different this time, please enlighten..

The Kedarnath Shrine, Circa 1882