Nobel Peace Prize For An Indian And Pakistani Does Have To Do With Global Politics: Arundhati Roy 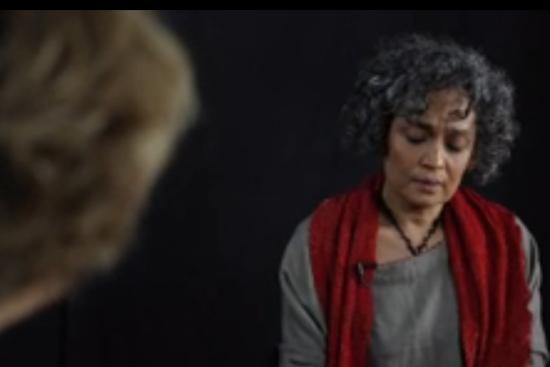 On the Laura Flanders show, Arundhati Roy was asked her views on the Nobel peace prize:

"Look, it's a difficult thing to talk about because Malala is a brave girl and I think she has now started speaking out against US invasions and bombings that are going on.

"But certainly... as an individual, it is very difficult to resist great powers trying to co-opt you and, trying to use you in certain ways, and she's only a kid, you know, and she cannot be faulted at all for what she did, but certainly the great game is going on, you know.

"And, of course, the idea of an Indian and a Pakistani being given...sharing the Nobel prize does have to do with global politics and it does have to do with the fact that until the 1990s, Pakistan and America were allies. Now, with all the trouble in Pakistan, the US is trying to step back from that marsh and look for firmer ground, in India.

"So we are at the receiving end of the kiss of death, if you like, and so both the begums now, Pakistan and India, have to be in the sheikh's harem. You know, they have to be both be...

"I am not...this should not be taken as if I am criticising the individuals at all, but when the great game is at play, then they pick out people...all of us, I am aware of... at least you have to be aware of it..."