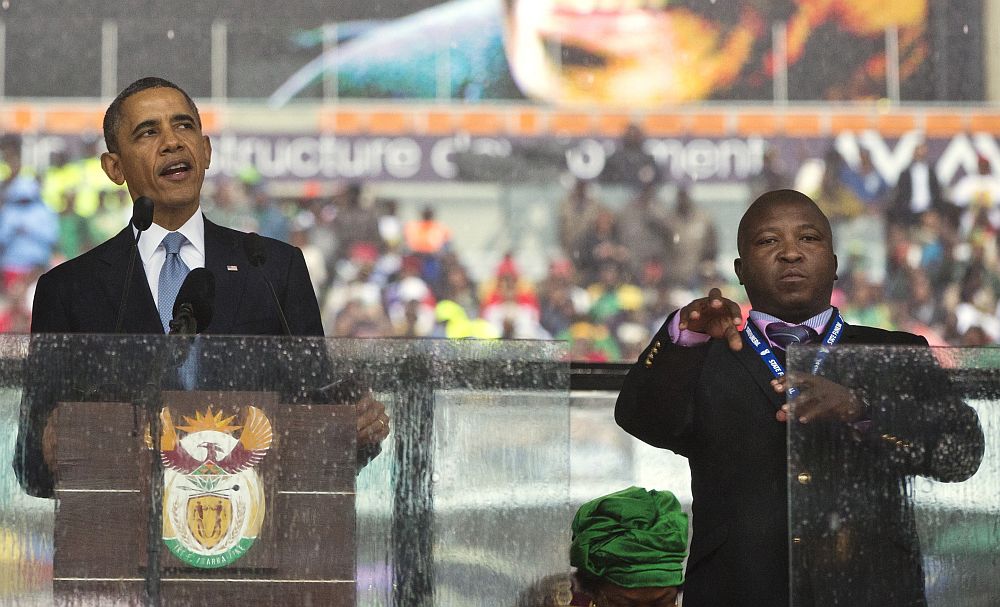 First came news that the man who provided sign language interpretation on stage for Nelson Mandela’s memorial service at FNB Stadium near Johannesburg soccer stadium on December 10 was a “fake” who made up his own "non-sensical" hand gestures.

The fake hand gestures were first spotted by Braam Jordaan, a deaf South African and board member of the World Deaf Federation.

SBS news website quoted Mr Jordaan as saying that the interpreter who interpreted for a part of the ceremony for many world leades, including Barack Obama's and Pranab Mukherjee's speech was simply making up his own signs.

"The structure of his hand, facial expressions and the body movements did not follow what the speaker was saying. I was really upset and humiliated. What happened at the memorial service is truly disgraceful thing to see - it should not happen at all.What happened today will be forever aligned with Nelson Mandela & Deaf Community, thanks to this fake interpreter."

Initially, this was sought to be hushed up with the response that the man was signing in South Africa's Zulu language. But the claim was easily debunked when deaf campaigners pointed out that sign language is not based on any spoken language and so there is no such thing as "Zulu" Sign Language.

The news brought additional pessure on South African President Jacob Zuma, who is reeling under corruption charges against him and his administration, and was booed by the crowd during the memorial ceremony on December 10.

As security concerns were raised, and efforts to trace the interpreter were stonewalled, with the ruling African National Congress (ANC) party saying it had no idea who the man was, footage from last year's two party events showed the same man interpreting on stage next to President Zuma.

Then came reports that the South African government had admitted that it was aware of various charges against the interpreter, who was identified as Thamsanqa Jantjie.

South African government sources were quoted as saying that Jantjie faced a murder charge a decade ago, and that he was being investigated.

As concerns were raised with the American Secret Service about the slip-ups during President Obama's memorial address where Jantjie has been accused of miming non-sense, the Americans said that it was up to the South Africans who organized the event to handle program items such as stage participants or sign language interpreters.

"He was procured. He did not just rock up,"  told a news conference. Did a mistake happen? Yes. He became overwhelmed. He did not use the normal signs. We accept all that." 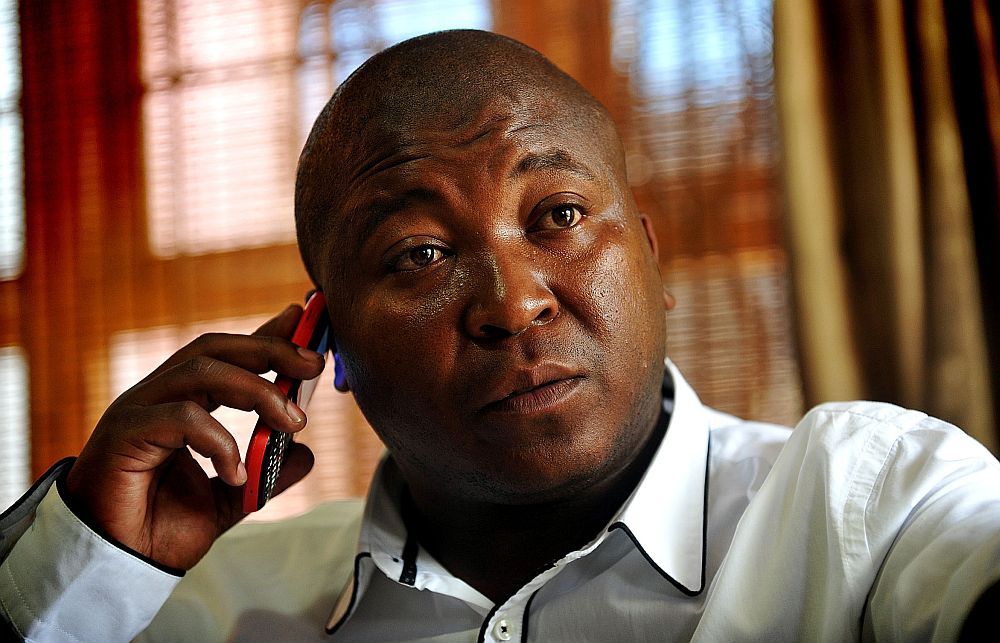 On his part, Jantjie was quoted by The Star, a local newspaper in his hometown Bramfischerville, South Africa, as saying that he works for an interpreting company that paid him $85 for interpreting the December 10 event.

But, Jantjie, claimed, he had an episode of schizophrenia. He said he was hallucinating and hearing voices on the day of the memorial.

"There was nothing I could do. I was alone in a very dangerous situation. I tried to control myself and not show the world what was going on. I am very sorry. It's the situation I found myself in"

Later, Jantjie told Johannesburg's Talk Radio 702 that he's undergoing treatment for schizophrenia and had an episode while on stage but insisted that he was a "champion" interpreter:

"Absolutely, absolutely. I think that I've been a champion of sign language"

The slowed down video above shows a real sign language interpreter on the left versus Jantjie on the right.

The Shanti Bhushan Article That Wasn't