Notes From A Press Conference By Urban Naxals

Most of the speakers had reached when Arundhati walked in, daintily, clad in a saree, as timid in her gait as she is forceful in her prose. The photographers trained their cameras at her and clicked away furiously. The press conference began. 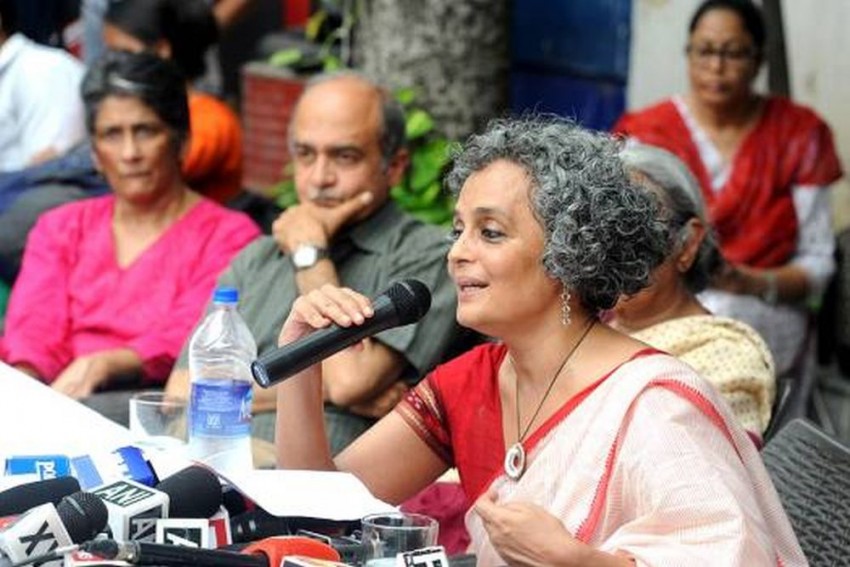 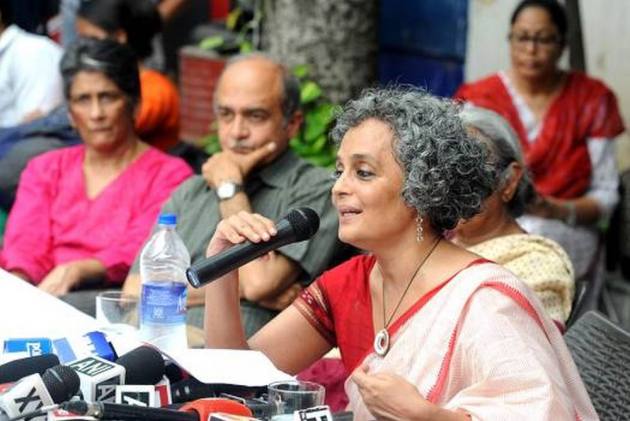 It was a lean day at work and I was mulling going to the press conference called by members of the civil society to register protest against the arrest of five activists for alleged subversive activity. Among those holding the press conference were author Arundhati Roy, RTI champion Aruna Roy and lawyer-activist Prashant Bhushan. There were others too, activists working for Dalits, manual scavengers, labourers, farmers, and those working for civil rights of people.

I wondered what novel thoughts these people would express. Newspapers and news websites had carried a barrage of opinions on dissent and democratic rights, fascism and state excesses, the arbitrary ways of the police and their absurdity, and so on, since the arrest of activists. But I somehow felt this was a defining event of our times. When the history of 2018 is written, this event will find its place therein and I would be foolish not to be a witness to it.

The Press Club was peopled impressively, as expected. The number of young women was promising. The number of cameras, intimidating. The intelligence sleuths, with abundant hairy outgrowths from the ears, looked pitiably odd in the setting. Most of the speakers had reached when Arundhati walked in, daintily, clad in a saree, as timid in her gait as she is forceful in her prose. The photographers trained their cameras at her and clicked away furiously. The press conference began.

The two Roys sat in the centre of the panel. There was something deeply mesmerizing about this. It were two women spearheading the resistance against a state that was clearly overstepping. Standing up against its might, taking it by the horns. It was incredible in very many ways. Even if the words they spoke were shut out, the visual of those two grey-haired women, sitting with ferocious grace, to give the government of the day a lesson in democracy, was powerful enough to be a complete address in itself.

Aruna addressed the gathering first, Arundhati spoke last. The rest of them spoke in between. The fine print of the event was so dazzling that the words were just unable to hold my attention. I remember bits and pieces from Arundhati’s speech, “to be poor is a crime”, “to be lynched is a crime”, “divide and rule is old. It’s now divert and rule”.

With all the newsmen swarming the place, the documentation was exhaustive. I too tried to observe and etch as much in my memory. It seemed to be a stark thread of wisdom running right through a fabric of misinformation. Known things were said, in measured decibel levels, with hardly any percentage of rhetoric. But in a time when FIRs read like scripted political speeches and television anchors talk like public prosecutors, stating and documenting the perceptible seems to be the only act of sanity. When the dust settles, the words spoken by these dissenters will shine. History will frame them in gold.