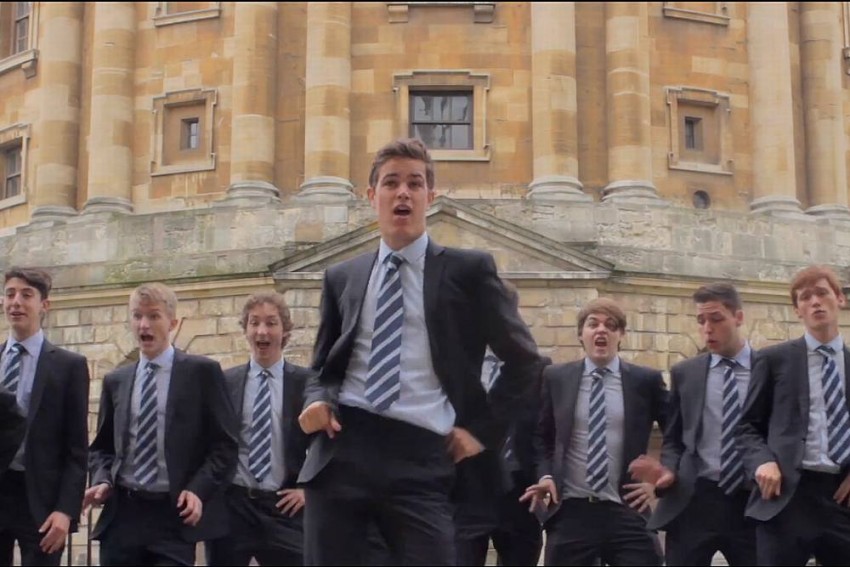 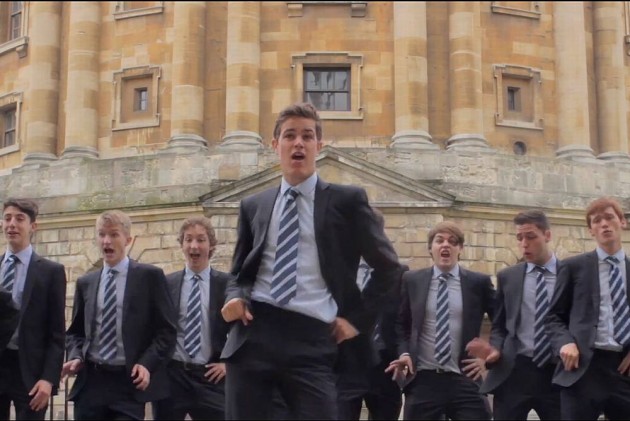 An a capella music video by an all-male choir from one of the oldest and most prestigious universities of the world, Oxford, has been going viral on the internet.

The music video has a medley of three very popular numbers by Shakira -- Hips Don't Lie, Whenever Where ever and Waka Waka.

The video has been shot in the grounds of the historic university which has been home to legendary academic talents, including author and playwright Oscar Wilde and physicist Stephen Hawking, and shows the members of the group 'Out of the Blue' shake, strut and shimmy their way across the campus in dazzling matching suits.

Shakira herself noticed the cover and re-tweeted it to all her followers.

Picture Of The Week: Laughing In Defiance