People from non-political background have always outnumbered inveterate politicians in Nitish Kumar's inner circle of advisors. Kishor has been one of them, with or without an official arrangement. 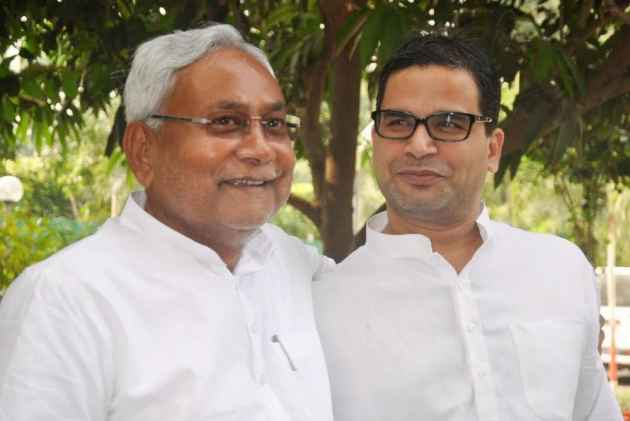 Nobody should bat an eyelid over induction of Prashant Kishor in the Janata Dal-United. Pray, when was he out of it? Even though he went out to work for different parties in Uttar Pradesh, Punjab and Andhra Pradesh after hogging all the limelight for running a successful poll campaign of the JD (U)-RJD-Congress alliance in 2015 assembly elections in Bihar, he had remained an integral part of Nitish Kumar’s charmed circle all these years.

Anybody who has kept a close watch on Bihar Chief minister’s moves over the years should know that people from non-political background have always outnumbered inveterate politicians in his inner circle of advisors. Kishor has been one of them, with or without an official arrangement.

Nitish has always shown an uncanny knack to spot, pick and promote talent from the domains as far removed from politics as diplomacy, journalism and bureaucracy. R. C. P. Singh, now a Rajya Sabha MP of JD (U), was an IAS officer of UP cadre before he took voluntary retirement to join full-time politics at the behest of Nitish with whom he had worked for years as a bureaucrat. He is widely considered to be the second most powerful man after the chief minister in the party.

Pavan Varma, a diplomat-litterateur, was the Indian ambassador to Bhutan when Nitish met him during his visit in 2011. A few months later, Varma opted for voluntary retirement from the Indian Foreign Service, only to become the cultural advisor to the Bihar chief minister and get a Rajya Sabha berth.

Similar was the case of senior Hindi journalist Harivansh. The long-standing editor-in-chief of Prabhat Khabar also made it to the Upper House of Parliament as a JD-U member, before being elevated to its deputy chairman’s post recently, all thanks to Nitish.

Not only that, many senior IAS and IPS officers of Bihar cares, who have won Nitish’s trust in the past 13 years, have been rewarded with plum posts in various state-run commissions and boards upon their retirement. A 1981-batch officer, Anjani Kumar Singh was first given a three-month extension as the chief secretary before being appointed as an advisor to the chief minister earlier this year, within hours after his retirement.

It is, therefore, hardly surprising that Nitish has lured Kishor also to formally join politics. Kishor has not been a bureaucrat but he has virtually functioned as a backroom boy working closely with Nitish from 2015 assembly elections onwards. He was working as a public health expert for the United Nations in Chad before he returned to India to oversee the then Gujarat chief minister Narendra Modi’s poll campaigns in the 2012 assembly polls and 2014 general elections. He subsequently joined hands with Nitish after JD-U severed its ties with BJP and went on to oversee a high-decibel campaign of the Mahagathbandhan against the NDA.

Impressed with his work, Nitish appointed him as his advisor on planning and programme implementation with the status of a cabinet minister in 2016. He was assigned the job of advising the chief minister on developmental policies and oversee implementation of Saat Nishchay, a seven-point agenda of the chief minister, which he had unveiled before the election to expedite the growth of Bihar. His appointment had even caused considerable consternation among a section of bureaucrats at the time.

But why does Nitish rely more on the 'apolitical' advisors than the experienced politicians? It is simply because there is an apparent deficit of popular leaders in his party. The party has not had a big leader other than Nitish for a long time. With the exit of Sharad Yadav, the chief minister remains the only mass leader and credible face in the JD-U. There are, of course, a few senior leaders such Vashishtha Narayan Singh and Bijendra Yadav but Nitish turns more to his trusted advisors such as R. C. P. Singh and Kishor than the veterans from his party.

As of now, Kishor’s induction has fuelled speculations about his role in the JD-U. Will Nitish restrict his role merely to the party’s poll campaign or give him a greater role to play, especially in selection of party candidates? Will he also be asked to coordinate among the various NDA constituents, as he had done during the Mahagathbandhan days when he had acted as a link between Nitish and Lalu?

These questions will be answered in the run-up to the 2019 general elections but whatever his future role may be, he will definitely remain an important player in Team Nitish. And if the BJP-JD (U) ties come unstuck over the seat-sharing formula ahead of the polls -- a possibility which should not be ruled out at this juncture despite Nitish's optimism -- the 40-year-old poll strategist and poll campaign designer will have a far bigger but familiar role to play for his party.