Rahul Baba, Why You No Marry? 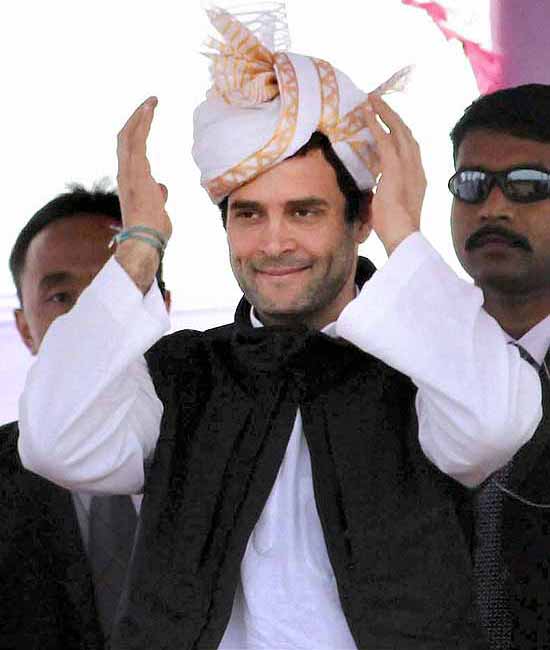 "When are you getting married?"

In this country of ours, anyone who is between 21 and 30 has heard this question being repeated over and over again, with minor syntax changes of course, by all and sundry. After that, they sort of give up and the question becomes a why.

One might wonder why everyone seems so interested in this very mundane detail about every young person’s life or why is it so necessary for everybody to want to do the same thing, almost at the same time, but let’s not get into that. So it should not be any surprise to anyone to find that even Rahul Gandhi is not quite safe from the nudging mausijis and maami jis. Since he generally hangs out with a bunch of 70-year olds and considering the amount of affection his party wallahs have for the little Rahul Baba, one can imagine his ordeal.

Back in 2012, right before the Uttar Pradesh assembly elections, a Congress MP from Bihar went ahead and held a yagna to apparently remove obstacles in Rahul Baba’s marriage. While he was at it, he also prayed for victory in the assembly elections. Obviously it did nothing as far as the polls were concerned and looks like it didn’t do much for the cause of matrimony either.

Recently, Rahul Gandhi got asked by a woman MP (you can always trust women to "shoot" the question) about when he intends to get married, to which he reportedly replied: “If I get married and have children, I will be status quoist and will like my children to take my place,” after which he got suitably profound, called the Mahatma his guru, and then even more enigmatically, according to the PTI, also referred to himself as a parachute.

While we try to figure out what he really meant, the BJP wallahs, led by Shahnawaz Hussain, have got into the act and routinely bashed him up while generously doling out examples of all those who are married, have children and yet serve the country. Alas, they forgot two very important names, both from their very own party — one who never got married and became one of the most respected prime ministers of India and another one who married, but does not live with his wife, presumably so that he can better serve "6 crore Gujaratis" as the chief minister of Gujarat.

But regardless of what else Rahul Baba meant, if we take his words at face value and read them to mean that he was referring to the evils of dynastic politics and suggesting that he has made up his mind to not have children who might want to "take his place" presumably as part of the Congress high command, it still doesn’t quite add up. Getting married doesn’t mean one has to have kids. In this regard, he may want to refer to the contribution of his uncle Sanjay to the cause of family planning. And, again,  surely even he would know that to have kids, one doesn't necessarily need to get married. For further elaboration on this, he has N.D Tiwariji at hand, who, I am sure, would be glad to share his valuable wisdom and experience with the Congress vice president.

Also, one is forced to wonder: Was Rahul Baba saying something in a coded way about his family? About his parents? And grand mother? Or great grandfather? Surely he did not mean to target his sister and her children? Or was he subtly telling his sister and her kids that he is a good uncle and would not want to offer them familial competition? Questions, questions. But surely, even if he wanted to just offer a flippant response, he needs to learn to do better.

Since our neta log anyway seem to be extremely fond of poetry, perhaps he could look up some suitable Urdu poetry? If he asked me for advice, I would simply suggest some Faiz Ahmed Faiz:

My whole life was spent, occupied:
Loved a little, worked a little.
But work always got in the way of love,
And love inevitably interrupted work.
And then frustrated, I
Left both, unfinished.

Or perhaps it is easier to just call Salman (not Khurshid) for support and empathy.