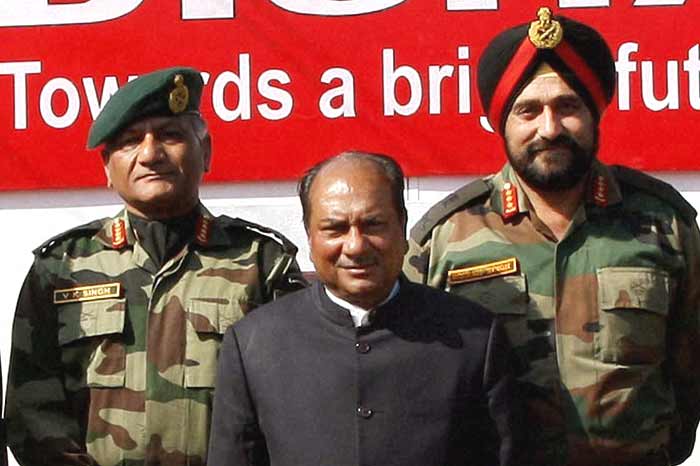 As the Chief of Army Staff General V.K. Singh gets ready to hand over charge to Lt. General Bikram Singh, Outlook's cover story of last year is back to haunt the defence establishment.

In August 2011, Outlook reported on an army court of inquiry (CoI) involving 12 officers and 39 soldiers to verify whether they were guilty of sexual misconduct during their year-long stint, beginning January 2008, in Congo.

Our story then had gone on to point out:

The CoI could prove a tricky issue for the army, as the UN mission in Congo was also commanded by Lt Gen Bikram Singh, the seniormost general in the line of succession to current chief Gen V.K. Singh. If instances of sexual misconduct are found to have occurred during his tenure there, it could become a major blot on his record.

The government had on March 3 announced the appointment of Lt Gen Bikram Singh as the next Army chief.

The Supreme Court later, in April, dismissed a petition questioning the elevation of Lt Gen Bikram Singh as the successor to chief of army staff General VK Singh.

Writing then on the petition, Outlook had pointed out:

The petitioners have also questioned Bikram Singh’s suitability to lead the army in the light of his alleged involvement in a fake encounter circa 2001 to “gain personal advantage”. Seventy-year-old Abdullah Bhat, a civilian from Anantnag, was killed in that encounter and later branded as a foreign militant. His relatives, who have filed a petition in the high court, have alleged that the fake encounter was conducted by then brigadier Bikram Singh and that it was hushed up at his instance by the Army HQ. The case is currently before the J&K High Court. The MoD’s stand was that an internal enquiry had cleared his name. But strangely the details of this enquiry report have not been provided in response to Rathi’s RTI application.

The petitioners yesterday sought review of the Supreme Court’s order, contending that the centre had obtained the court order by "misrepresenting" facts.

The Most Trusted Ally