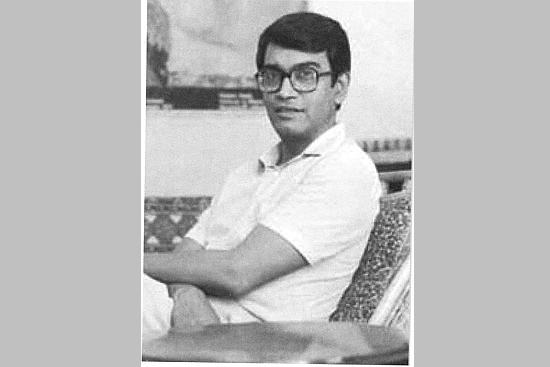 Noted academician and eminent economist, Mrinal Datta Chaudhuri, popularly called MDC by the generations students he taught at the Delhi School of Economics where he a professor died on May 19 at his residence in Pune. He was 81 years old.

According to his family sources, he died of a cardiac arrest. He had moved to Pune post retirement because he was suffering chronic obstructive pulmonary disease and the weather is Delhi was not conducive to his health.

Professor Chaudhuri studied with Nobel Laureate Amartya Sen at Shantiniketan before moving to Presidency College and then the Massachusetts Institute of Technology (MIT) from where he did his PhD.

Many of his former students and colleagues have condoled Professor Chaudhuri's death:

Omkar Goswami, a well-known economist himself, who has been both a student and colleague to the late professor wrote an obituary which was published in the Business Standard:

For us students, everything about MDC was larger than life. In a place that enjoyed an abundance of superb teachers, he was an outstanding expositor. Even without his sense of drama in the classroom, I suspect that none who studied growth theory, planning or transport economics under MDC can claim otherwise. Every class was a masterly act. Armed with an English accent that was a perfect cross between Sylhet and Cambridge, Massachusetts, he tickled the intellect of over-achievers, took the rank and file along and regaled his first and second row women's fan club with smiles, witticisms and a bon mot or two.

He also shares an anecdote or two:

In our last term at D'School, Mooli (Vinay Sheel Oberoi) got his hands on a pad with the head of the department's letterhead. We typed a 'To All Concerned' note, imitated MDC's initials and posted it on the main notice board. It read: "After a great deal of consideration and months of soul searching, I have come to the inescapable conclusion that I am a total cat". At first, MDC thought we had written 'total cad'. But when explained otherwise, he was chuffed for days on end. For that's what he was. And how we will remember him as - a total cat.

Sad to hear the demise of Prof Mrinal Dutt Chaudhuri. One of the last beacons of excellence from Dschool.

Sorry to hear of the death of Mrinal Dutta Chaudhuri, legendary professor at the Delhi School of Economics. Great teacher, good man. (1/2)

How A Journo Travelled Across Quake-Hit Nepal To Deliver Whiskey