Science And History Lessons From The Prime Minister 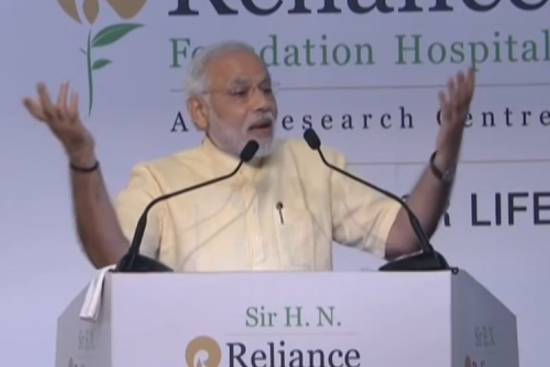 It was reported briefly earlier, but here's the video and the transcript made available by the Prime Minister's Office itself of Prime Minister Narendra Modi's speech after inaugurating the refurbished and partly newly built H N Reliance Foundation Hospital.in Mumbai on Saturday, October 25, 2014:

In the field of medical science, we can take pride as to what our country was at some point in time.

We all read about the story of Karna in the Mahabharata.

But if ever think a bit more, we will  realise that the Mahabharata says Karna was not born from his mother’s womb.

This means that genetic science was present at that time.

That is how Karna would have been born outside his mother’s womb.

We worship Ganesha. There must have been some plastic surgeon at that time who put an elephant’s head on the body of a human being and began plastic surgery.

There must be many such areas where our ancestors must have made big contributions. Some of these are well recognised.

At that time, centuries back, what people like Aryabhatt had said  is being recognised by science today.

What I mean to say is that we are the country which had these capabilities. We need to figure out how to regain these.

Take a quiz on the Dinanath Batra School of History: Whad'ya Know?