Against the average of 4-5 hours of continuous duty in by loco pilots in Russia, Australia or the Western world, an Indian train driver is required to put in between 8 to 15 hours of work because of staff shortage. 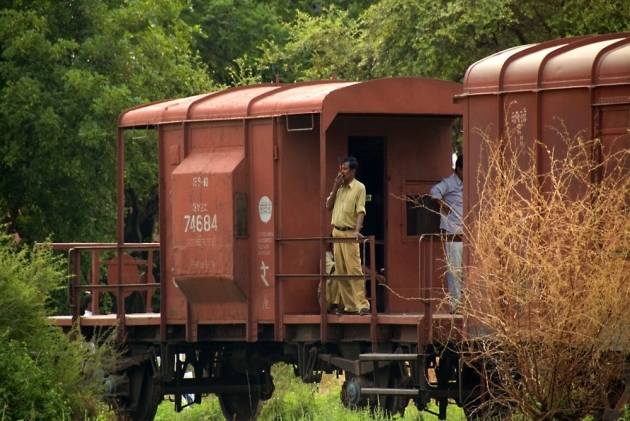 Twenty-four million rail passengers who travel on India’s 67,500 Kilometre network each day are possibly oblivious or even unmindful of this: The Railways Ministry – in consultation with the party bosses – is in the process of reconstituting the multiple committees of rail users that are supposed to work towards enhancing passenger amenities or facilities.

The committee world encompasses a crowded space: Going by descriptions such as the Passenger Amenities Committee; the Passenger Services Committee or the Zonal Railways Users Consultative Committees; these bodies - which are supposed work towards synchronising the ministry’s initiatives with needs and desires of the travelling public – have mostly functioned as parking slots for supporters and lackeys of the government of the day. In some cases, the committee members have taken their job seriously to highlight the disconnect between the official claims and the existing realities – sometimes to the embarrassment of the party in power. The last PAC, headed by one H Raja, was one such.

In the two years of its existence, the Raja committee brought out 167 reports; drawing attention to critical or even sensational issues such as the lack of progress on rail projects in Prime Minister Narendra Modi’s political constituency of Varanasi, despite the sanction of works totalling Rs. 286 crores. “During the period of one financial year from 2017-18, officials travelled to Varanasi 186 times in the railway saloon. But there is little work to show”, says a PAC report.

What percentage of rail accidents are happening because of the stress factor of the loco pilots? For reasons best known to it, the Indian Railways have not made public the 2011 report on the psycho profiling of Indian loco pilots - conducted by an Austrian company.

In past years, the rail bureaucracy has waxed eloquent on the need to induct technological tools to prevent accidents but has surprisingly remained unmindful on a critical HR issue concerning the work conditions and morale of the loco running cadre.

Facts of the case are in the public domain: Approximately 80 per cent of all accidents on the Indian Rail network has been happening because of “human error” (driver’s fault). Rather reasonably, it can be concluded that at least some of these accidents happened because of the high-stress levels of the drivers.

Against the average of 4-5 hours of continuous duty in by loco pilots in Russia, Australia or the Western world, an Indian train driver is required to put in between 8 to 15 hours of work because of staff shortage. Official documents show that there continues to exist a 17 per cent shortage in the sanctioned strength of the loco running cadre (loco pilots, assistant loco pilots, helpers).  With halt time at stations have become more and more reduced in past decades – and with toilet facilities not available in train engines – the stress factor on loco pilots has compounded. “For years now, we have been fighting for mandatory halt time to enable drivers to have their food and respond to the call of nature. Despite India being a signatory member, the Indian Railways have been violating the guidelines set out in the International Labour Convention”, said Sanjay Pandhi of the Indian Railways Loco Running Men Organization (IRLRO).

It is official now: “The Indian Railways will not knock down the flexi-fare or dynamic pricing policy”, Railways Minister Piyush Goyal said at a media interaction this week.

The flexi-system - applicable in 167 premier trains including the Rajdhanis, Shatabdis and Durantos – entails the sale of only the first 10 per cent of ticket sales at the base price. For every subsequent ticket sale in brackets of 10 per cent, the prices keep increasing by 10 per cent each – subject to a maximum of a 50 per cent increase. Since the policy launch of rather an oddly named scheme, the Indian Railways have been able to rake in an additional annual revenue of an estimated Rs. 800 crores. But this is just one side of the story.

While revenues have increased, the occupancy on these trains has fallen – with huge chunks of passengers preferring to travel in budget airlines instead of paying hugely escalated train fares. Apparently, the Railways are fine with compromising upon long-term growth prospects in order to earn additional money in the short term.