Why Railways Claims Tribunals Should Be Shut Down

While train accident victims and their kin are made to go around a wild goose chase to get their compensation dues, the bureaucrat-lawyer nexus has been making merry. 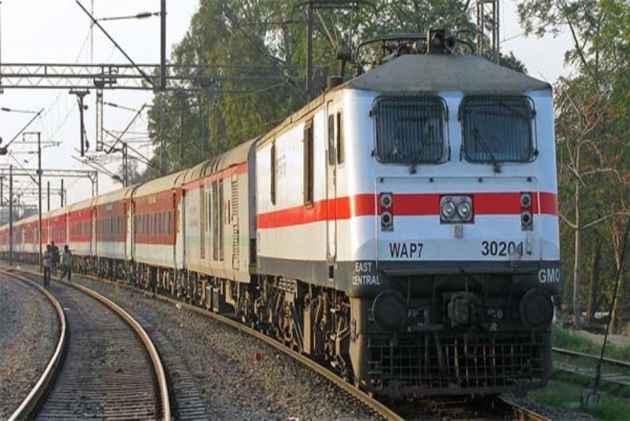 Sensational disclosures on a multi crore scam at the Patna unit of the Railways Claims Tribunals (RCT) have brought into the public domain what is among the worst kept secrets of the Indian Railways: The RCTs have become dens of corruption.

While passengers injured and families of those killed in train accidents are made to go around a wild goose chase to get their compensation dues, the cosy club of the bureaucrat-lawyer nexus that handles accident compensations has been making merry.

Across India, the Railways operates 16 RCTs, which decide on compensation claims from passengers or their families. The Indian Railways takes it for granted that a given number of accidents will happen and that compensations will need to be awarded. That much for the state transporter's proclaimed commitment on working towards a Zero Accident regime!

The sordid Patna episode brings to the fore a larger question: Do the RCTs have a reason to exist at all? Claims Tribunals - such as the Central Administrative Tribunal - functions with the purpose of adjudicating disputes after the petitioner has exhausted the administrative options. The Railways, on the other hand, provides no administrative window to victims or families of rail accidents; treating each compensation claim as a dispute to be settled by the RCTs. So, instead of submitting a compensation claim on a plain sheet of paper to railway departments, families and victims of rail accidents are required to hire lawyers to “fight” compensation claims at the RCTs. “This is a mockery of the administrative machinery and jurisprudence,” a senior railways official said.

For the most part, the RCTs have turned into a comfortable parking space for retired railway officers. In past years, the Railway Board had initiated moves to disband the RCTs on two occasions. More recently, the Prime Minister's Office (PMO) had also contemplated upon the idea. But the RCTs have continued to exist. Railways officers on the verge of retirement are often seen hankering for RCT jobs.

On paper, huge sums are awarded to families of those killed in rail accidents: Rs 8 lakh in the event of death; Rs 7,20,000 for hip fractures and Rs 1,60,000 for the loss of a thumb. Forty-one categories of passengers injured are entitled to financial compensation. In a big majority of cases, the money has not reached the intended beneficiaries.

Common allegations are that lawyers dedicated to such tasks - in league with RCT officials - have perfected the art of circumventing procedures to deny claims of genuine victims of rail accidents. In some cases, railways tickets have been placed in the pockets of persons having died a natural death; with their bodies brought to and placed at rail tracks in order to claim compensation from the Railways. Lawyers specializing in the subject are said to be doing a booming business. Only five lawyers have been found to represent 91 per cent of the compensation claimants at the Patna RCT. A lawyer in Bangalore is said to be alone representing 20,000 compensation cases.

The Supreme Court's Chief Justice has nominated Justice Udai U Lalit to probe charges against Patna RCT judicial member RK Mittal relating to transfer of compensation funds into fraudulent accounts during the period between May 2015 and August 2017. One has a queer situation when the judiciary is inquiring into the functioning of a judicial body!

At a time when power decentralization is the buzzword, Zonal General Managers (GMs) and Divisional Railway Managers (DRM) can be empowered to settle compensation claims. A minimum number of RCTs can continue to exist to settle disputes.

Cable Thefts
Rail passengers are mostly unaware of this odd fact: That train punctuality has been going haywire because of the problem of cable thefts along the tracks. According to one estimate, passenger trains have been getting delayed 16 times a month on account of cable thefts. The cost of handling the delays mostly works out to be more than the cost of the stolen cable.

The copper rail cables have been attractive material for thieves across the world. According to an estimate by the VPS Site Security of British Transport Police, cable thefts happened five times a week during 2016-17, causing 23,670 minutes of train delays. Cyient, a firm dealing in data analytics networks and operations solutions are offering technological solutions to overcome the problem. A presentation on the technology will shortly be made to the Indian railways.