Siachen: A Letter From The Other Side

A reminder of what the soldiers are called upon to do while people engage in cries of war. 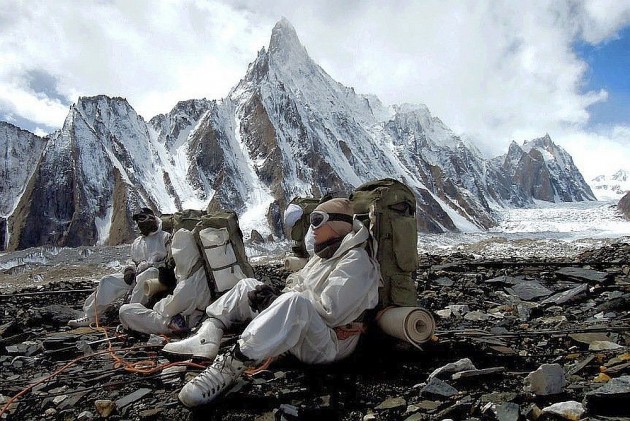 Millions of Indians are agonising over the tragic death of nine soldiers buried in snow following an avalanche at what is known as the highest battleground in the world.

All this has obviously opened up wounds—on both sides.

In this vein, Pakistani newspaper Dawn has re-published published a letter from 2012. It’s by a Pakistani solider Muhammad Hassan Miraj. He’s writing to his wife. The author served his tenure at Siachen with the men who were trapped under an avalanche in 2012. This letter is one of several that he wrote to his wife during his time at the glacier.

The moving letter speaks for both Indian and Pakistani soldiers deployed in the desolate and inhospitable terrain by politics and politicians. Let this letter be a reminder of what the soldiers are called upon to do while people engage in cries of war.

"We, the willing, are doing the impossible for the ungrateful. We have done so much, with so little, for so long, we are now qualified to do anything, with nothing."

This quotation was written diagonally on the first page of his diary as he showed me his poems. My host is a young man, whose spirits are still volatile despite the sub-zero temperature of this place.

This young man had gotten engaged recently, the reason for an occasional blush whenever the subject of his future comes up. I had only arrived here the night before, but we are close friends now.

There is something in the wind, with flakes, that urges people to speak in never-ending monologues.

Discuss emotions, exchange secrets, talk about themselves – things they do not talk about "normally," not the least when they are engrossed in the workings of the "civilised world."

My room, call it my studio apartment, is a typical bunker, built on self-help basis, thanks to our meagre resources. Carved out from a hillock, it is a classical one-window room of 14x10 feet. The 10-foot high ceiling had 70 girders.

Trivial information, you say? I count them every night before I can sleep. No, I am not an insomniac, but I dare not venture out to count the stars in this part of the world.