Sins And Jeans That Trigger Floods From Kerala To Kashmir

Some wrote that “Kashmiri Muslims have angered Satisar” and “Satisar finally realised that it is enough” and drowned all Kashmiris living in the Valley. It is said Kashmir was once a huge water body called Satisar. 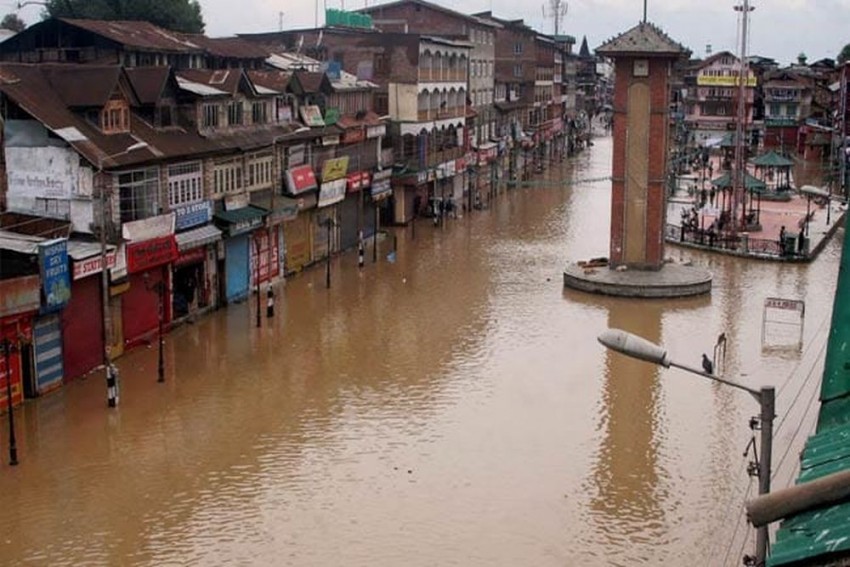 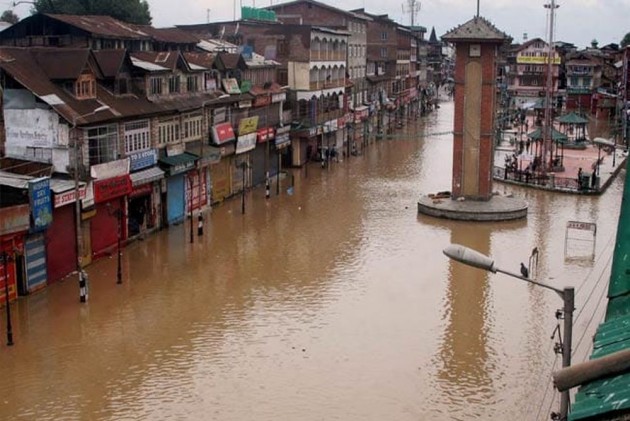 In the wake of Hurricane Kartrina that devastated the US east coast in 2005, Christian conservatives blamed America's alleged sins—in this case society’s openness towards homosexuality— for the storm. They said it was god’s omen or punishment for the gay parades in New Orleans, the city that was the hardest hit. When Hurricane Sandy barreled down in 2012, the right-wing discourse offered a similar narrative.

In another continent, thousands of miles away, the right changes the colour of its skin but not the direction of its thought process. This August’s floods in Kerala, the religious conservatives say, were caused by entry of women, some of whom may be menstruating at the time, in a temple that was off-limits for them for centuries. It’s all secondary that the heaviest rainfall in almost a century dunked the coastal state this monsoon; that people had built homes in catchment areas, blocking the natural flow of excess water; and that the authorities had shut their eyes on the untrammeled human incursions into the fragile eco-system.

Similar causes were dug up and flung through Twitter and Facebook after Srinagar went under in September 2014, as an overflowing Jhelum inundated low-lying areas that used to be floodplains until people usurped them to build riverside colonies. Kashmiri Muslims were reminded of their sins. The floods were blamed on the girls in upmarket Rajbagh area of Srinagar because they wear jeans.

Some wrote “Kashmiri Muslims have angered Satisar” and “Satisar finally realised that it is enough” and drowned all Kashmiris living in the Valley. It is said Kashmir was once a huge water body called Satisar.

Truth and fiction became difficult to distinguish in this deluge of “god’s wrath”. People compared the rain that beat continuously fromSeptember 1 to September 7 with the biblical downpour. The abnormally intense rainfall coupled with cloudburst triggered massive floods. The Jhelum, which can carry around 35,000 cusecs, was swollen with 1.20 lakh cusecs (one cusec is 28.317 litres). Communication lines snapped and rumors spread thick about deaths. People said rescuers tied flowing bodies to trees so that relatives could identify them later. Everyone believed it. It was a moment of helplessness in the Valley.

The immediate casualty was the government of Omar Abdullah. The seat of the government, the civil secretariat, was under water. Jammu and Kashmir assembly and the high court were submerged too. All colleges lost their precious books. Abdullah, the chief minister, emerged from the Hari Niwas Palace at the foothills of Zaberwan with a handful of staff members. As per reports, he had nothing to eat except potato chips.

The 2014 floods killed almost 300 people and over 250,000 houses were damaged. Officials say the Valley experienced massive floods in 1841 and 1893, but the devastation in 2014 was unprecedented and colossal. Well, of course, no report exists blaming the 19th-century floods to girls wearing denims rather than the traditional Kashmiri pheran. The sins then could be different. No one knows. Twitter or WhatsApp weren’t there.

Like in Kerala, reporters from news channels descended in hordes to soar up their network’s coverage of the floods—and recount the human tragedies or run debates the causes on the loop. The competition for every soundbite was such that a microphone is thrust on any person having his head above the floodwater. What they particularly wanted to hear was the “army helped a great deal in spite of your stone throwing”. That the central government is good and generous with funds, the state administration is horrible and Kashmir doesn’t need foreign aid.

During floods the ministers do aerial surveys, hold meetings followed by more aerial surveys. That is why initial and real help came from the NGOs and social organisations. The NGOs, students, professionals and people based outside the state sent medicines, clothes, tents and provisions. As the main hospital was under water, doctors established camps on the roads to treat people. Local and national NGOs and ordinary people set up langars and pitched tents for the displaced. The youth risked their lives to save people. The collective tragedies bind people together.

Later the high court judges, who witnessed the devastation, didn’t allow insurance companies to run away with excuses. The court ordered that the insurance money should be paid to the people, full without delay. It is this money that restored economic activity in the Valley. But the government didn’t learn anything from the floods. The disaster management department is, er, a disaster. It has few boats and limited staff. Till last year, the disaster management force had a single boat that they got in 2014. When put to test last year, only a few of the men in the force were able to swim. Many were approaching retirement. The authorities are as clueless about the flood preparedness as it was in 2014.

If it rains for a few days in Kashmir, people start worrying, and some start blaming our sins and their jeans. The government here has only one flood preparation programme: ask people to move to ‘safer areas’. As if there are any. The government only keeps the record of the water level in Jhelum and other rivers. That is its flood preparedness.

When Wedding Meant An End To Career For Bollywood Divas