Ajinkya Rahane Has Emerged From Virat Kohli's Shadow And How. Respect 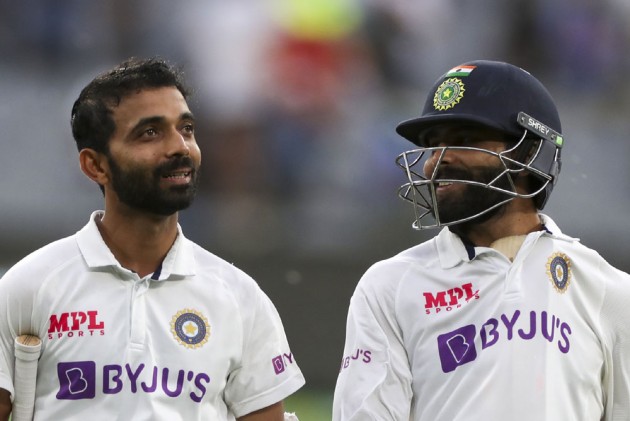 For Ajinkya Rahane, the run out in the first innings at MCG must have brought on a huge sense of Déjà vu. Only, this time the boot was on the other foot. Less than 10 days ago in Adelaide, he had suffered the mortification of running out his skipper Virat Kohli, batting fluently on 74 and looking set for many more. The world had trolled him mercilessly and it must have called for a lot of mental strength to put it behind. More so as he watched his team collapse to a humiliating defeat that may or may not have been, but for that run out.

So when Ravindra Jadeja found himself in a similar predicament, the person empathising the most with him was Ajinkya Rahane himself. And as the giant scoreboard flashed ‘Out’, the first thing that he did was to reach out and pat Jadeja on the back to let him know that it was all in the game and he held no hard feelings. A wonderful gesture, wonderful leadership. But then, he knew exactly what it felt like!

This characteristic grace and humility is what defines Rahane and makes him a participative leader. A quiet, unassuming man with loads of mental strength that has brought him fighting back to the top each time he has found himself in the cricketing wilderness, as bigger, more flamboyant names have occupied centrestage.

Despite his many sterling contributions, Rahane has lived out most of his career in the shadow of the Virat Kohlis and Rohit Sharmas, but it’s finally his turn to lead and in a heart-warming show of true grit, he has grabbed that opportunity with both hands, scoring a superlative century in a Boxing Day Test match, long considered to be one of the most testing stages of the world.

Leading his team from the front, not just with the bat, but with some flawless captaincy as well in that quiet, no nonsense manner that so characterises the man born into a middle-class family who started his cricket on the matting wickets of a nondescript cricket academy in the suburbs of Mumbai.

As proved many times in military history, adversity often brings out the best in a team. Especially when that team is without the towering presence of its regular leader (Kohli), who happens to be one of the greatest players of the world. One who leads relentlessly from the front in every game that he plays.  When such a leader suddenly leaves and a stand-in skipper takes over, everyone feels the urge to close ranks and pull together. 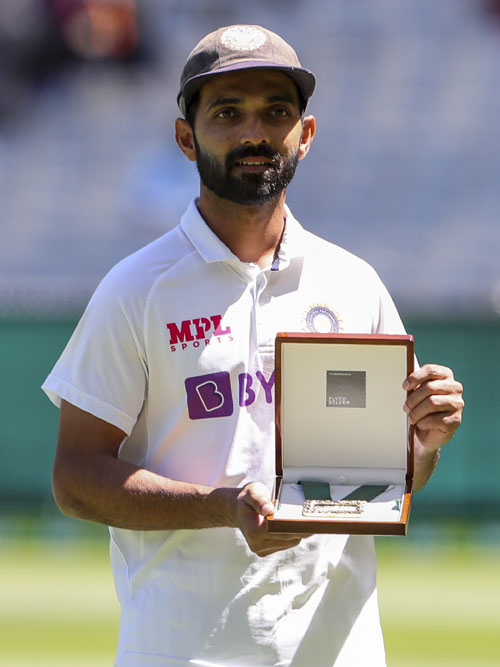 This is even more so, when it is striving to bounce back from the huge psychological setback of a humiliating defeat. And it takes the calm assurance of a leader holding firm under extreme pressure to lift his team in such situations and instill a sense of self belief in his players, that completely changes the course of a match, and perhaps, of an entire series. We saw this some years ago when the current BCCI president (Sourav Ganguly) stood up to the ‘chin music’ that the Australians dished out, to score a brilliant 142 in the first Test match, setting the tone of that series.

We have seen it again with Ajinkya Rahane in this Test in Melbourne.

The new skipper had an unenviable task on hand as he walked out for the toss at the MCG on Boxing Day, with Australia licking its lips at the prospect of another capitulation. Instead, the Indian team with four new faces in the XI, looked galvanised on the field as bowlers went for the kill and some great catches were taken. The missing ‘intent’ that Kohli had rued, was suddenly there for all to see.

Rahane's attacking instincts and immaculate reading of the game was apparent when he introduced Ravi Ashwin inside the first hour itself, after Jasprit Bumrah had made the initial breakthrough. Ashwin found turn and bounce straightaway and the pressure enticed Matthew Wade into skying a catch to Jadeja.

In a tactical masterstroke, Rahane then brought in Cheteshwar Pujara at leg gully for new man Steve Smith, in addition to the regular forward short leg. It was a plan that worked to perfection as Australia’s most accomplished batsman fell to his first Test match Duck in years. This was brilliant captaincy and more was to come, as he held back debutant Mohammed Siraj till after lunch, so as to utilise his ability to generate pace and movement with the old ball at the right time.

Siraj justified his captain’s faith by getting consistent movement with a ball that was nearly 50 overs old to leave the Australian middle order in disarray, even as Bumrah chipped in with his most incisive spell of the series.

The new captain had ensured by his brand of quiet leadership that Mohammed Shami’s absence was not felt at all in this Test match. And he did that again when India batted, pulling away from the long shadows of his more illustrious teammates, playing an exquisitely crafted innings of such composure and compactness that made the phrase ‘Captains Knock’ seem as if it were coined to describe just such an event.

By the end of the third day, Australia were staring at almost certain defeat, barring miracles. At one stage, even an innings defeat looked a possibility.

It has been a sporting fairy tale to see a team devastated by the ignominy of being bowled out for the fifth-lowest score in the history of 143 years of Test cricket a week ago, come roaring back at the venue where it all began, when Charles Bannerman played back the first ball bowled at him at the MCG in 1877. And to witness the spirit of the team crowding around the batsmen, encouraging and egging each other on, led unobtrusively by a quiet man with steely determination who has pulled all the right strings thus far.

And it appears that the man they call ‘Jinks’ is turning out to be just that for the Aussies.