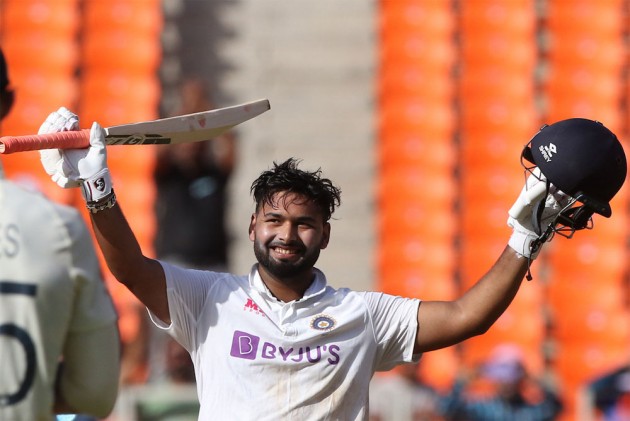 The stump microphone picks up his constant chatter from behind the stumps, as he busily peps up the bowlers and close-in fielders non-stop. Clearly, here is a young man enjoying himself hugely. And even though he is just 19 Test matches old in a dressing room where the seniors have played close to or over 100 Tests each, Rishabh Pant has carved out his own place in it, with some glorious match-winning performances for Team India in recent months.

In 2018 on his debut in England, Rishabh Pant became the first Indian batsman to get off the mark in Test cricket with a six, a feat so typical of the man himself -- fearless, audacious and totally unconcerned about age-old traditions. Pant says he likes to keep things uncomplicated, reacting to the ball after he sees it.

That probably explains why Rishabh Pant has often done so well on tracks on which others have struggled. And maybe, the England batsmen could still take a leaf out of his book and stop playing for the turn that isn’t there.

On Friday at the Narendra Modi Stadium in Motera, Pant struck a glorious 101 off 118 balls, finally bringing up an elusive third Test hundred, helping India to a healthy first innings lead over England, after the hosts looked in trouble when he walked in to bat at 80 for four wickets.

Perhaps, some years later when he is sitting on a pile of Test centuries, Pant might just look back and rue these three hundreds that he missed out on, in the last three months, in a dream run with the bat. But then again, he might not, typically not caring about mere numbers when there is so much else to define him! 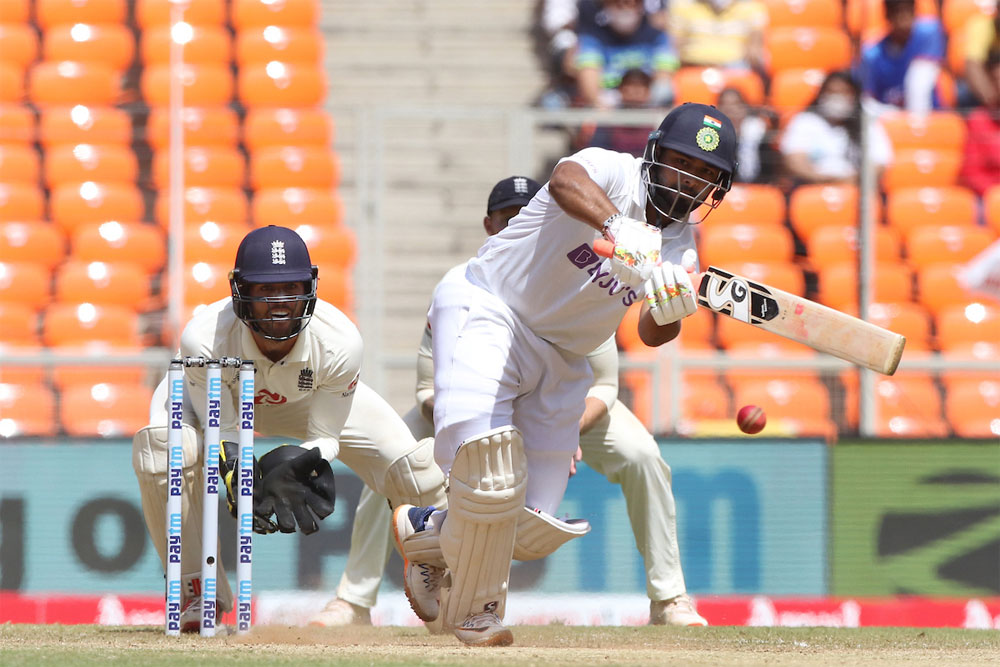 For now, Rishabh Pant joins Adam Gilchrist, still the Gold Standard for wicketkeeper- batsmen in recent times, to become only the second keeper to hit centuries in England, Australia and India. But that will surely not remain limited to just those countries for long. Social media is rife with comparisons to Gilchrist, although it may still be a little too early for that. But he is getting there, without doubt.

Former India captain and BCCI president Sourav Ganguly predicts that Rishabh Pant will be an all-time great across formats in years to come, saying he is ‘unbelievable’ in his special ability to repeatedly come up with match-defining knocks under pressure. That Pant is completely fearless, was adequately demonstrated in that incredible reverse scoop for four over the slips off Jimmy Anderson with a new ball, while on 94 yesterday. No one else would have dared to do that to the fast-bowling legend, who passed a stupendous 900 International wickets on the day.

How good is he? Unbelievable..what a knock under pressure...not the first time and won't be the last time..will be an all time great in all formats in the years to come.keep batting in this aggressive manner .thats why will be match winner and special..@bcci @RishabhPant17 pic.twitter.com/1cRmnSw5ZB

But then Rishabh Pant has always been gloriously disrespectful of reputations and traditions and chooses instead, to boldly back his own ability and youthful, sky-high confidence. And if that wasn’t enough, he went to his hundred from there with a six off Joe Root, as he took the game away from England. And in so doing, made a powerful statement about himself and the new generation of youngsters in Indian cricket.

Pant has effortlessly stepped into the shoes of another legend, Mahendra Singh Dhoni, with considerable elan, while at the same time reminding everyone of the great Virender Sehwag with his audacious, carefree cricket. Sehwag hadn’t cared about reputations or traditional norms either. Backing his own incredible hand-eye co-ordination, confidence and natural aggression, Sehwag had built a brand of Test match batting that was all his own. Pant is treading the same path, much to Sehwag’s amusement and wholehearted approval.

Me Watching Rishabh Pant reverse sweep Anderson for a boundary and then bring up his century with a SIX.
That's my Boy! #INDvENG pic.twitter.com/yunVL1GRTQ

On Friday, the 23-year-old Pant displayed tremendous game sense and patience to first bide his time before taking a tiring attack to the cleaners. He had come out to bat with India having lost Virat Kohli and Ajinkya Rahane in quick succession. Displaying great maturity, he first steadied the innings with a 41-run stand with Rohit Sharma and then flowed on to a sublime 113-run partnership with Washington Sundar that put India in the driving seat.

Pant’s first 50 runs came from a sedate (by his standards!) 82 balls, as he fought to stabilise the tottering Indian Innings and then, as he launched a spectacular counterattack on the England bowling, the second 50 runs took just 33 balls. While on 35, he survived a vociferous lbw shout from Dom Bess by a wafer-thin margin on the DRS, in the last over before tea. On his return after the break, he stepped up gears and really went for the bowling after England took the second new ball.

Pant was till now seen as the future of Indian cricket. But he has already played four marvellous Test match knocks this year, helping to snatch India's remarkable series win over Australia and has now probably done the same against England. It looks as if the future is already here. He is currently averaging 45 with the bat, but since the start of the Australian series that average has climbed to over 61 and Rishabh Pant has aggregated the most Test runs for India, with the five fifties.

It’s heartening to see the youngsters take centre stage yet again for team India. Unbelievable belief and grit - and reading of the game. @RishabhPant17 is just wow and @Sundarwashi5 not letting go of any opportunity to shine. #INDvENG pic.twitter.com/VqZPjqJJBw

As a player, he is a work in progress and these are exciting times. The only problem, if it can be called that, is that as a left-hander he could have probably been a little more stylish and elegant, in the classical David Gower mould. But then again, even Dhoni was the same - not very attractive to watch, but very consistent and supremely effective. He was of course, very good behind the stumps too, something that Pant has still to work on, but he is getting there and his batting confidence is showing up in his keeping too.
Batsman-wicketkeeper?

But perhaps that is a concept that has changed now -- in earlier days the wicketkeeper-batsmen was a wicketkeeper first and batsman second, but now it's the other way round. Gilchrist was probably the one who initiated that change, although he could have walked into any Test side in either role. And Kumar Sangakkara further reinforced the belief, till today’s wicketkeepers are all expected to be batsmen first.

As things stand in this Test Match, unless Root and Stokes and a few others can come up with solid performances in the England second innings, chances are that Pant has just played another match-defining, series-winning, World Test Championship final- ensuring innings for his country, on a pitch that is likely to deteriorate. And while theoretically, England still have the opportunity to post a fourth-innings target that could be tricky to chase on a wearing surface, their recent history of spectacular batting collapses does not inspire confidence.

Before Pant broke free, England had clawed their way back into the match, thanks in no small measure to Ben Stokes, whose bowling brought back memories of the spectacular spell that he had produced in that memorable Test match at Headingley two years ago. A spell which he then followed up with a career-defining century to defeat Australia almost singlehandedly.

Between Stokes and Anderson and Leach, it appeared as if England had bowled themselves back into this game on Friday. But a chirpy, irreverent, brash 23-year-old Delhite had other ideas as Pant effortlessly snatched the initiative again, boldly and fearlessly.
And that is the New India!

(The author is a former Ranji Trophy player and a retired Wing Commander of the Indian Air Force. Views are personal)