The serious preparation for the 2019 World Cup will be in upcoming ODI series, starting March 2 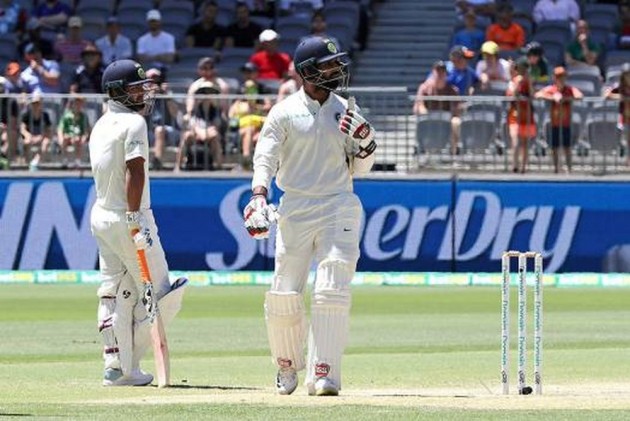 India’s T20 International series loss to Australia should not be taken to heart. Although a defeat always hurts, this one should not, simply because India’s focus -- as is of all other competing teams -- is on the upcoming 50-over World Cup.

Since T20 is quite different from the 50-over format (there is a 30-over difference between the two formats)  the requirements for the two are different, and therefore different types of specialists are required for the two formats. So, India can afford to forget this 2-0 defeat and look ahead to preparations for the World Cup, the real test, during the upcoming five-match One-day International series against Australia at home.

Now, with the T20s done and dusted, Virat Kohli’s boys can fully focus on the World Cup, to be played from May-July in England. Besides the five One-day Internationals against Australia, beginning on March 2 in Hyderabad, before the World Cup, India will have two warm-up games just before the big one in England.

However, the two-match T20 series may have helped the national selectors finalise one or two last spots for the World Cup squad that will be announced soon. Most of the players pick themselves automatically. It’s probably only one or two slots that need to be decided.

MSK Prasad, chairman of the Selection Committee, has already said that his panel has shortlisted “18 players” who will be “rotated” in the ODI series against Australia. This series will give some crucial match practice to both teams, while the Indian selectors, along with the team management, will look to finalise one or two spots that are apparently left to be finalised. One spot that is yet to be sealed is that of fearless big-hitting wicket-keeper Rishabh Pant. MS Dhoni will obviously be the first-choice wicket-keeper, and Pant being a left-hander will be an “advantage” for the team. He could be played as a specialist batsman in the XI, Prasad has hinted. Pant’s possible competitor could be right-handed Dinesh Karthik, another wicket-keeper who can field in the outfield.

While Pant is inexperienced – he has played just three ODIs and 15 T20s – Karthik has loads of experience and is a good fielder as well. The other batsman who could be in the fray is KL Rahul, who has been in the news for his off-field utterances and for lack of runs on it. He has been provisionally allowed to play, pending a hearing by the new BCCI Ombudsman, for his comments on a TV show, along with Hardik Pandya.

Pandya missed the T20 matches against Australia due to an injury. It remains to be seen how serious the injury is as he will be a key element in the Indian XI at the World Cup. Even if he is close to regaining full fitness, my guess is that selectors would still opt for him. If a half-fit Pandya unfortunately breaks down midway through the World Cup there is a provision in the World Cup to change players due to injuries. By the way, don’t completely rule out Vijay Shankar, a batsman who can bowl.