European Football Round-up: Men On The Margins Come Through For English Clubs In A Manic Week

The Champions League final will showcase two managers who have never won this competition, both for different reasons. 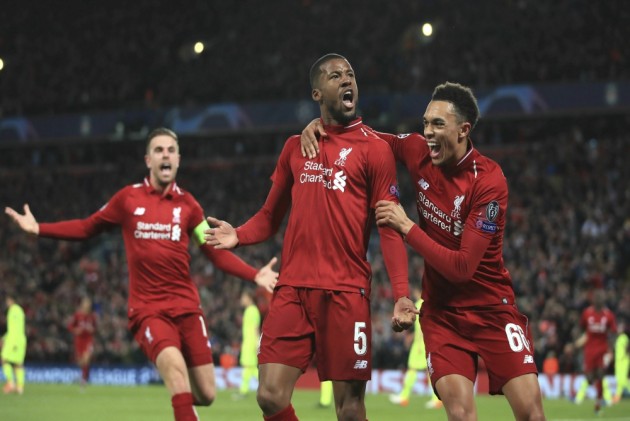 It was four days of both relief and incredulity progressing by the hour, sometimes the minute, for English football. It was also a week where men on the margins came through during ‘squeaky bum time’, as Fergie would have put it.

On Monday, Manchester City welcomed Leicester City to the Etihad stadium with Brendan Rodgers, formerly of Swansea, turning up and trying to outdo Pep at Pep-ball. At one point in December last year, City were ten points behind Liverpool in the title race. Now, they were two points behind with 70 minutes gone. The existing scenario- a drawn game- would leave them a point behind with just a game to go. Enter Vincent Kompany.

To be fair, the Belgian isn’t the defensive midfielder Mark Hughes thought he’d bought many blue moons ago. Creaks and cracks have crept in. The centre-back thought of shooting a second prior; Sterling looked on in disbelief while Aguero mentioned later that he was screaming at him not to- he hadn’t taken one in years. Discarding the bald, berating post-match image of Guardiola in his head though, Vincent let fly, scything across the ball. It, in turn, obliged and kept moving away from Schmeichel in goal, ravaging the net and inching City a point ahead of Liverpool with just a game to play.

City have been relentless this season. Eking out victories which have helped keep Pep’s nose slightly ahead of Klopp’s in the crucial April-May run-in period. Kompany, their captain through Hughes, Mancini, Pelligrini and also Guardiola, had just landed the biggest swing in the title bout in extra-time, leaving Liverpool with little they could do.

Before moving to Anfield, Georginio Wijnaldum had scored 74 goals in club football while making 258 appearances for Feyenoord, PSV and Newcastle. Under the gaze of the Kop and having been fit into Klopp’s midfield, the Dutchman had scored just 8 in 102 appearances. That changed, and how.

Liverpool returned home on Tuesday night having been stuffed 3-0 by Barcelona at the Nou Camp. With the title in England slipping, Anfield decided to do a one-up on a Man City side already knocked out on the Champions League. After Divock Origi, another fringe player who has barely played 600 minutes this season, scored after 7 minutes, the old stadium turned it on.

Wijnaldum whispered in, coming on as a substitute. After scoring with a low-drive past Ter Stegen, he headed in just over a minute later, sending the Kop into delirium. As they bayed for Blaugrana blood, Valverde would have already regretted leaving Dembele on the bench. The Frenchman, in turn, would have been feeling guilty for not scoring at the fag end of the first leg when put clean through by Messi. Continuing the chain, it wouldn’t have been easy for Messi either, whose heroics in the last week kept them going; he was been man-marked on both sides this week.

And while everyone was processing all the drama with the tie level at 3-3, Liverpool’s number 66, the 20-year-old Trent Alexander-Arnold out-thought them. While even Klopp looked away and Barca prepared for a corner, Arnold and Origi’s eyes probably met. The full-back, who was walking away from the corner suddenly turned and pinged a flat banana-ball at the near post which bounced in front of Origi. He couldn’t have caught it sweeter. By the time Pique moved to avert the inevitable, it was already a tad late. The Belgian was wheeling away and the red half of Merseyside had another Istanbul-like story to tell. For Barcelona, a year later, it was Rome and Manolas all over again. This, after Messi made the Champions League, that big-eared trophy, their target this season.

A wand in hand on Wednesday:

If Barcelona were feeling out of it, Spurs had been playing like it. They were already 1-0 down from the first-leg when the sweet left foot of Ziyech followed a De Ligt header, the tie had seemingly slipped. Ajax were three ahead and half the narrative was writing itself. Before the week, an Ajax-Barca final seemed certain. A Cryuffian homage awaited with the golden boy Frenkie De Jong heading to Spain and both sides being far ahead of their English counterparts.

No one handed Lucas Mourra that memo. Left foot, right foot, no problem. The almost-forgotten Brazilian kept ghosting in past the Ajax defence. After scoring the first, he ran back with the ball firmly in his clasp, with a desperate plea to the skies. Four minutes later he swiveled on his left and put it in again, this time taking a moment to gee-up the Spurs fan in the corner of the stadium. With the tie at 3-2, he registered a hattrick, sending Spurs through in the 95th minute and finally jumping up in front of the travelling support, absolutely beside himself.

On the touchline, Spurs manager Maurico Pochettino in his black shirt, tie and matching trousers bellowed like a mafioso who’d lost his son and only heir. The young Ajax side looked like someone had just barged in through the front door, put a gun to their head and robbed them blind. Sorry Daley.

Where it all stands after a manic week is that an English club will win both European leagues after Arsenal and Chelsea have booked spots in the Europa league final in Azerbaijan’s capital city of Baku. A week later in Madrid, Liverpool and Tottenham will face-off at the Wanda Metropolitano. Klopp, who has lost the Europa League final two years ago and the Champions League final last year, would want this. Pochettino, who’s ‘never won anything’ and continues to ignore transfer windows would want it too.