Pep Guardiola's pin-ball machine has made audacity ordinary while Old Trafford was consumed and subsumed by a Mourinho circus with ungainly animals floundering about trying to engage with a football. 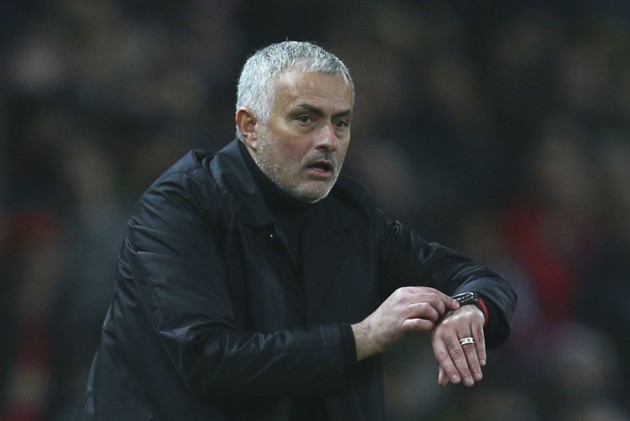 To put it crassly, when you buy or invest time in a particular organisation's persistently godawful product for over five years, there's a point when something gives. The thing is, for a Manchester United supporter who began following and later supporting the club as a child two decades ago, just about when the treble season in 1998-99 happened- this is hard viewing.

There is nothing left to be said about what Manchester brings to the Premier League. Pep Guardiola's pin-ball machine has made audacity ordinary. Even without Sergio Aguero and Kevin De Bruyne, possibly their best two players, Manchester City still appear capable of slotting into a higher gear and trundling away from top-of-the-table Liverpool post-Christmas. Old Trafford, meanwhile, had been consumed and subsumed by a Jose Mourinho circus with ungainly animals floundering about while also trying to engage with a football.

From a United fan's point-of-view, the agony was compounded by what happened over the weekend. Anfield turned up, its usual spiky atmosphere in tow and the 3-1 scoreline was flattering for United who just about showed up. Klopp could call up the likes of Xherdan Shaqiri off the bench, the Swiss outshining the out of sorts Mane and Firmino while top-scoring Salah still looks a bit off. It shows the kind of strength in reserve United had during the Ferguson era, who could bring on the likes of Solskjaer to finish off a game. The 98-99 side had Yorke, Cole, Sheringham and the afore-mentioned Norgwegian in their attacking ranks- not to rave about the brilliance in midfield either.

To sort out his midfield, Mourinho brought on Marouane 'he'll-do-the-job' Fellaini at half-time. As several others have pointed out, the Belgian elbow-waggler has epitomised everything that went wrong post-Fergie, the likes of Moyes and Van Gaal also rating him highly. The highlight of the United performance at Merseyside was probably not the goal, a mistake by Allison, but Fellaini picking out a steward near the corner flag perfectly.

To all those who don't know how goooooood #Fellaini is, watch and admire #LIVMUN pic.twitter.com/A30MBKpV7l

Mourinho also left his unloved child Pogba on the bench along with Juan Mata and Alexis Sanchez, all arguably capable of walking into most of the top-six sides.

That could be all be excused if there seemed to be a plan in place for a product, if you will. Mourinho always pointed at trophies but the Europa League, FA Cup and the Community Shield certainly won't be a top priority for the Liverpools and the Citys. It just all seemed unplanned. The wingers are long gone, replaced by a midfield which cannot carry the ball forward. The defence is mostly shambolic with Phil Jones providing the odd chuckle.

Referencing the four forwards mentioned earlier, Romelu Lukaku, Marcus Rashford, Antony Martial and Sanchez look quite a match on paper for the 99 quartet. However, the Belgian and the Chilean look like caricatures of themselves from last season. Mourinho could even be accused of taking the careers of Marcus Rashford, Antony Martial and Luke Shaw for a proper ride and for making Paul Pogba appear as wacked as a post-retirement Pele.

The differences would appear to be very stark for hardcore Mancunian football fans, the ones buying tickets to games with deep-rooted traditions of supporting the Manchester clubs. A recent Amazon documentary, which may be part of a bigger Qatari PR-exercise, showed Guardiola as this messianic figure parting the seas as City cruised to the title last year. In contrast, Mourinho sank into his own clothes. The jackets on the touchline got bigger, the attitude mostly defensive with a team that doesn't seem to be good at anything particularly now. They can't pass a team off the park like a City or gegenpress them into a corner like Klopp's charges.

United fans have mostly backed the manager, despite the Ta-Ra Fergie banners early on in SAF's reign and the boos as Van Gaal lifted the FA Cup in 2015. However, the Old Trafford hierarchy has turned its back on Mourinho, with a Champions League draw against PSG on the horizon. The once-Special One has a not-so-special, customary third-season exit.