Unless officials’ foreign jaunts are audited and they are made accountable, this vicious circle will continue to afflict Indian sports 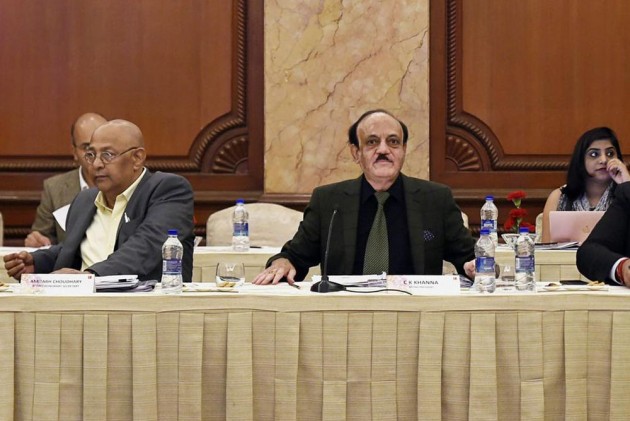 The Supreme Court-appointed Committee of Administrators (CoA) has reportedly approved its own members’ and other BCCI administrators/employees’ trip to England to watch the World Cup, starting next month. Should we be surprised at all that the people associated with the Board of Control for Cricket in India (BCCI) will be getting a free-of-cost jaunt yet again? I don’t think we should be surprised at all. The BCCI’s 90-year history is replete with thousands of such cases. The only thing is earlier these instances were not reported; now, with expansion of the media such decisions come out in the open often.

But this time the eventual bill of the upcoming pleasure trip to England for the approved persons could be the fattest in BCCI’s history, though it will compete intensely with the offer that the BCCI gave to its state associations for a similar trip (with stay on cruise ships) to the West Indies for the 2007 World Cup. For the upcoming World Cup, the trip is for 10 persons. “The persons who will be going to England will be the three CoA members, three BCCI office-bearers, and four employees -- the CEO, and three other employees. As of now, their trip has been cleared for seven days, but it can always be extended,” a BCCI insider told Outlook.

“But more important is the hefty daily allowance that some of these 10 persons will receive during their trip. The six persons, belonging to the CoA and office-bearers’ club, will receive $750 per day while the others will receive less. All will be enjoining their summer vacation in England, comprising five-star hospitality and air-conditioned transport etc.,” the insider pointed out. It is also true that sometime ago, the CoA tried to curtail the interim BCCI office-bearers’ trip to certain destinations, but that was resisted tooth and nail. And the jaunts continue.

Almost all cricket administrators, be they at the BCCI or at state associations, don’t tire stressing and portraying that their very existence is for the wellbeing of the game in India. That can be true only about a minuscule percentage of administrators. For example, N. Srinivasan, Ajay Shirke and Jyotiraditya Scindia are among the people who didn’t take any allowances from the BCCI when they were part of the BCCI; there could be a few more in years gone by. They even paid for their hotel accommodation from their own account.

But those who fake their lifelong loyalty for BCCI/Indian cricket conveniently don’t tell you the extent to which they leverage their power and positons for personal gains. From getting a smooth run for their businesses, to getting their stuck files speedily moving in government offices, to appeasing people/families with complimentary IPL or international matches’ tickets worth multiple lakhs, to hogging the limelight with the high and mighty on live TV, the advantages of being an Indian cricket administrator are so many that a lay man just can't imagine.

Of course, 2019 will not be the first time that BCCI mandarins, or those from its affiliates, will be making merry at no cost to their deep pockets and hefty bank balances. I very distinctly remember an instance from 2007, before the World Cup started in the West Indies that year. The BCCI, under Sharad Pawar’s presidency, gave an offer to all 30 affiliated associations an unprecedented offer to send absolutely free one member to the Caribbean to watch matches and stay on cruise ships. The total expenditure was budgeted to be a whopping Rs 1.5 crore. The ‘package’ also included full hospitality and seats for the two semi-finals and the final in Bridgetown, Barbados.

According to a formal letter sent to all affiliates, the BCCI had earmarked Rs.500,000 per state association official for the pleasure trip. A very senior BCCI official, who is no more, had at the time told me that the state associations were also told through a formal letter that if an association wanted to send a second person they could. The official made it clear that the offer was nothing but part of BCCI politics. That was just one instance of the ways in which administrators take undue advantage of their positions and reap the fruits without working up a sweat. It was the same Pawar, again during his tenure as BCCI president (2005 to 2008), who had gifted Rs.1 crore to the Constitution Club, a hub of Parliamentarians in New Delhi, for extension of its gymnasium. Did anyone within the BCCI or outside question him for his largesse? Of course, none.

More recently, BCCI interim secretary Amitabh Choudhary and his executive assistant Prakash Parewa went to Bhutan (of all places) last year to survey “soil and cricketing equipment”. CoA took them to task, and asked them to explain the unusual trip. Nobody knows what eventually happened. But, says a source, chances are that there would have been a compromise, one of the most common phenomena found in this country.

This malaise of pleasure trips is afflicting sports across the country, and not just in cricket. Many people point to the free trips that administrators and politicians associated with the Indian Olympic Association and its affiliated national sports federations enjoy every four years, during the Asian Games, Commonwealth Games and the Olympic Games etc. So, the vicious circle of looting public money continues unabated. And sports administrators will continue to enjoy free trips unless they are made accountable, their jaunts made in the name of “serving sports” are audited, and they are made accountable to the law of the land – and punished.

The moot question is: When will that time come? Unfortunately, no one knows the answer as yet.