Odisha assembly passed a resolution thanking CM Naveen Patnaik for the successful hosting of the 2018 Men's Hockey World Cup and bringing the next edition too. What does it mean for the state and it's leader, who is playing a different politics to enhance his image? 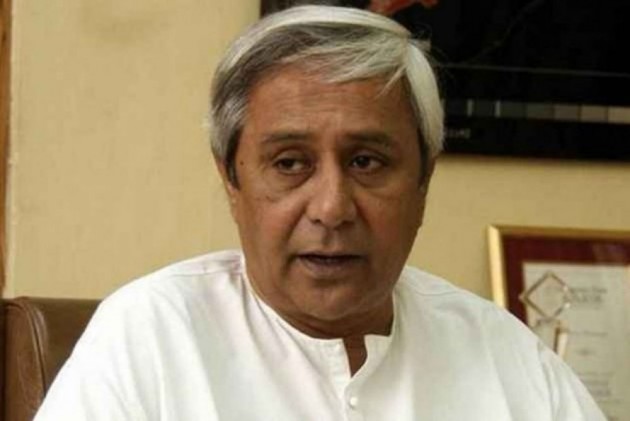 What makes leaders different from ordinary folks? They look for a role for themselves in society and make sure to leave enduring legacies, and better, leave a place better than they have found it. To achieve that goal, they employ various tactics -- by presenting veritable images, making legitimate claims, launching inspirational slogans, or by simply doing what’s needed to be done. But not all of them, as history tells us, managed to communicate those things in a language that common people understand. That's where leaders and great leaders walk different paths.

One enduring image that lingered long after the 2019 state elections are over and new governments have been formed is that of a fiendishly smiling Naveen Patnaik declaring he's "getting ready to fight for the people of Odisha" after a workout regime. The 72-year-old, by releasing that brilliantly 'choreographed' video not only killed the negative image which portrayed him in bad health but also applied pressure to his rivals and followers, forcing them to think twice before coming to any conclusion over his physical inability to perform duties of a high office. In fact, the Biju Janata Dal supremo was only warming up for his fifth term as the chief minister of Odisha.

In India, where leaders are busy in political mudslinging over pettiest of issues, Naveen is possibly the only chief minister who has managed to successfully shield himself from such negative politics. Result, ample time and lots of space for himself, allowing him to build his legacy. And the one thing which is keeping Naveen busy is - his dream to make Odisha the sports capital of India. His vision is “sport for the youth; youth for the future”.

Yes, despite his presumed distance from everything that is Odia, Naveen has worked closely with his people, successfully making Odisha a model of sporting success. That is his power, a soft one nonetheless. A fact, which was only reinforced by the passing of a resolution in the state assembly house to acknowledge the hard work done by the chief minister -- a rarity these days -- especially for successfully organising the 2018 Men's Hockey World Cup, and for bringing the next edition in the state, again - a feat unmatched. No country has hosted the hockey World Cup consecutively for the second time.

Amid devastating trails of cyclones, he has translated the obstacles into dreams. The 2018 Men's Hockey World Cup was unprecedented in the crowd turnout – the very reason which convinced the FIH to award the tournament once again to the state, to the country for the second consecutive time. It has never happened in hockey. If one has to look back, the last edition was held in less than a month’s time after the cyclone Titli hit the coastal state. Kalinga Stadium, the venue of the tournament, bore the brunt of the cyclone. It tested the grit of Odia people. The chief minister himself braved inclement weather to witness the inauguration of the refurbished stadium.

Naveen, who took the political plunge at the age of 51, out of compulsion to keep his father's legacy alive, has done what other scions of political dynasties have failed to do. He is now one of the longest-serving chief ministers. And, sports remain possibly the most effective empowering tool for his people. With a middling literacy rate, the state needed something other than schools and colleges to engage the youth. For the record, Odisha has seen an upward trend in literacy rate but it still requires further impetus to keep the momentum growing.

Odisha has always been a sporting state with many stars making India proud. But hockey remains the most loved sport. No wonder, it all started with the arrival of the Hockey India League in 2013. With a sizeable tribal population who rooted for hockey, Kalinga Lancers became eponymous with the state. The following year, Odisha hosted the Champions Trophy and it was followed by hosts of other international sporting events. In fact, Odisha hosted the first-ever Tribal Sports Meet in 2017. The state government’s initiative to promote sports, by engaging legendary sporting figures and reliable corporate houses, paid rich dividends. Odisha now has some of the best sports infrastructures in the country, besides being base to various national teams. Come 2023, state capital Bhubaneshwar and Rourkela -- the cradle of Indian hockey -- will see the world's best hockey players competing for the biggest prize. Before that, next year, Kalinga will play hosts to some of the matches of FIFA U-17 Women’s World Cup.

In the heart of all these lies one dedicated figure -- a septuagenarian who's ever eager to take the field. He should be credited for starting a sports politics, if not more. And indeed a lesson for chief ministers of other Indian states. Truth is nothing will unite like sports in our fractured society today. The National anthem is sung loudest at stadiums, Tri-colour looks amazing at the hands of fans and of course, 'India, India' sounds much sweeter when the national teams are playing.

If somebody is making sure that the country has the infrastructure and the platforms for such spectacles, then we ought to hail him or her as a great leader, a patriot, if you may. Our fortunes and energy should be utilised in building such soft power, which allows one to win hearts rather than hatred. Remember, India's hard power didn't win the right to hold the second successive hockey World Cup. It was the people of Odisha who won it. And the truth is, they have a great leader, who gave them the stage to do so.