While the 20-member squad mostly picked itself, the decision to drop an in-form Prithvi Shaw and pick Shubman Gill was a bit harsh 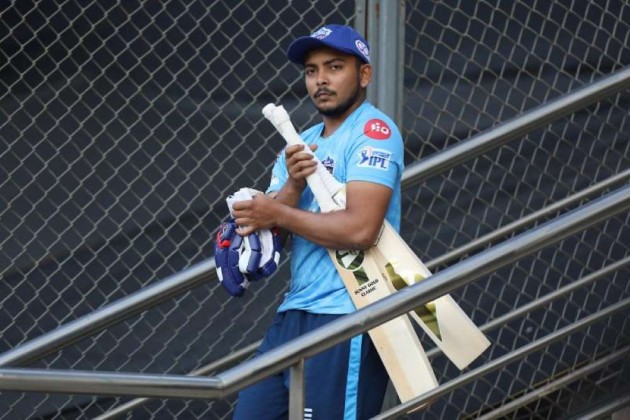 As India named their squad for the World Test Championship and the England tour, it left many questioning the red-ball cricket future of Hardik Pandya, Kuldeep Yadav and Prithvi Shaw. (FULL SQUAD | FULL SCHEDULE)

Shaw, since his failure in the first Test against Australia in Adelaide in December last year, has atoned himself and has been among runs in domestic cricket.

Prithvi Shaw was dropped after he registered ducks in both innings in the pink-ball Test at Adelaide Oval. Who can forget India's 36 all out as Australia romped to an eight-wicket win.

But upon his return to India, Shaw made amends. He trained hard with former Indian batsman Pravin Amre and the results paid off.

Shaw was in sublime touch in IPL as he scored 308 runs with three fifties. The youngster from Mumbai seemed to have done enough to catch the eye of the selectors.

Shaw certainly did better than Shubman Gill, who had replaced him in Australia and continues to enjoy a long rope. Gill was a failure in the home series against England and his IPL performance for Kolkata Knight Riders was nothing impressive.

SHEER HARD LUCK
What is then the key for selection? The talk about white ball and red ball can look stupid. Selectors obviously have different yardsticks for different players. Shaw is certainly on the wrong side.

“As far as technique is concerned, for any player it is difficult to adjust. Even during the Adelaide Test, Shaw wasn't a player who had a lot of experience or played 30-40 Test matches. We were talking about a youngster. To drop him on the basis of one Test match was tough." Nehra has been quoted as saying.

The case of Hardik Pandya is pretty straight forward. He can play as a specialist batsman in overs-limited games but not in a Test team saturated with quality batsmen in the middle-order. For Tests, Hardik Pandya needs to justify his place as an all-rounder. Pandya did not bowl at all during the IPL. KULDEEP, SPUN OUT
Kuldeep Yadav has struggled to find a slot in the Indian Test XI since Australia. If one thought the left-arm Chinaman bowler would exploit Australia's hard and bouncy pitches to the hilt, it was not to be. On a tour where almost everyone got a chance and performed, Yadav spent the entire series on the bench.

Depressed he certainly was. Once considered India's spin twin alongside Ravindra Jadeja, Kuldeep Yadav made the cut once again, but only just.

On raging turners that India laid out after losing the first Test against England in Chennai, Kuldeep Yadav played the second Test in Chennai that India won by 317 runs. In a Test that was dominated by the off-spin of Ravichandran Ashwin and Axar Patel's orthodox left-arm spin, Kuldeep managed just two wickets. He did not play the remainder of the four-Test series.

ALSO READ: Who is Arzan Nagwaswalla?

Kuldeep went wicketless in the two ODI matches that he played against England in Pune and the 26-year-old also did not find a place in Kolkata Knight Riders' campaign in IPL 2021.

Bhuvneshwar Kumar's exclusion from the England tour can only be explained through the pacer's propensity to break down. Still India's best swing bowler, the UP veteran has lost out to the younger crop of pacers like Mohammed Siraj and Shardul Thakur, who are fitter and quite capable of taking advantage of English conditions.