Various stakeholders continue to deliberate on whether online gaming, particularly skill games which are not regulated under any law, needs a monitoring body and a robust legislation 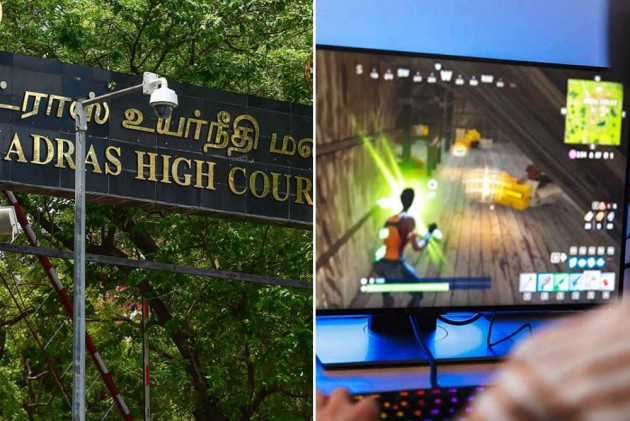 The Madurai bench of the Madras High Court in a recent order gave suggestions to the Tamil Nadu state government to pass a suitable legislation to regulate online and virtual games, while taking into account views and suggestions of all stakeholders, triggering wide coverage in the press. Various stakeholders have deliberated on whether online gaming, particularly skill games which are not regulated under any law, needs a monitoring body and a robust legislation.

Factual matrix and observations of the court

A single-judge bench of the Madras High Court (Madurai Bench), Justice B. Pugalendhi, passed an order on July 24, 2020 in D. Siluvai Venance v. State while dealing with a petition for quashing a gambling offence filed under Section 12 of the Tamil Nadu Gaming Act, 1930.

The bench while noting the fact that the petitioner was present in a thorny bush in a farmland where cards where allegedly being played, quashed the FIR filed against him while upholding the well-established jurisprudence in gaming law that an offence of gambling or gaming under various state gaming statutes is only made out if such gambling is done in a public street or thoroughfare or is done in a ‘common gaming house’ for the profit or gain of the owner or occupier or such private property, i.e. it is run commercially with the owner/organiser gambling the game earning some revenue or fee out of the said activity.

However, besides quashing the petition of a petty public gambling offence, the bench alos took note of how several online poker, rummy, fantasy sports and other kinds of websites are operating in Tamil Nadu and the rest of the country.

Justice Pugalendhi, while speaking for the court observed that several court judgments, including those of the Supreme Court and various High Courts have discussed the classification of these games as games of skill and chance, with the test laid out being that the game has to involve a substantial degree of skill to be exempt from the ambit of gambling legislations.

The order, however, noted that most of the judgments on poker, rummy and other games are given in the context of physical clubs or locations, except those involving fantasy sports (the issue of whether fantasy sports is a game of skill is now pending for consideration before the Supreme Court). It also pointed out that besides Nagaland and Sikkim, which allowed online gaming under a licensing and regulatory regime, and Telangana which has banned online games for money by statute, no other state has any specific law on online or virtual gaming.

The court while cautioning against the hazards of addiction to online gaming and monetary losses, especially for the youth and unemployed, noted that regulation in the sector could result in technological advancements as well as result in the generation of employment and revenue.

Ultimately, while urging the state government to bring in a strong regulation to control and monitor online gaming, Justice Pugalendhi concluded that ‘this Court hopes and trusts that this Government shall take note of the present alarming situation and pass suitable legislation, thereby, regulating and controlling such online gaming through license, of course, keeping in mind the law of the land as well as the judicial precedents in this regard. This Court is not against the virtual games, but, the anguish of this Court is that there should be a regulatory body to monitor and regulate the legal gaming activities, be it in the real world or the virtual world’

Timely call for discussion on the regulation of online gaming

The Madras High Court’s order indicates the need to weigh the pros and cons of online skill gaming that is being conducted in India in a nuanced manner, without emotively or instinctively being negative about the sector.

There might be many advantages of allowing online gaming in a regulated manner, such as tax revenues for the state, employment opportunities, foreign investments and possibility of India becoming a global tech powerhouse in the games and gaming space.

Of course, there are some pitfalls of untrammeled gaming if indulged by the young and students, such as possibility of addiction, lack of interest in other social or work-related activities and monetary losses.

A robust and thoughtful regulatory framework on online gaming could mandate time and monetary limits that can be imposed on players indulging in gaming, protect the vulnerable sections of society such as minors and students while ensuring the possibility of job creation, revenue generation and cross border collaborations.

ALSO READ:  ‘My Story Is Inspiring Others To Take Up Online Sports Seriously’

In fact, the Madras High Court is not the first body to have called for reforming gaming regulations. Several jurists, politicians as well as retired police officers and bureaucrats have called for online gaming to be permitted under a strong legislative framework. The question remains if the central and state governments will finally set the ball rolling by initiating a wholesome and wide-ranging dialogue on the issue and not just look at it from a moral prism.

The writer, a lawyer, has tracked the gaming industry in India for the last decade and advised several gaming companies on legal, regulatory and policy issues. Views are personal.