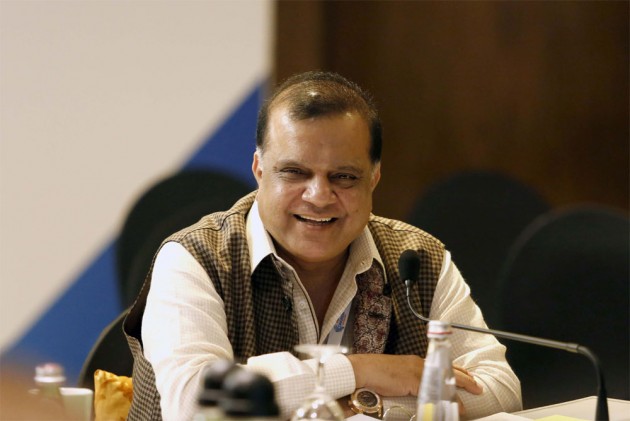 In the news for the wrong reasons earlier this week -- he was chided by sports minister Kiren Rijiju for bad behaviour -- Narinder Batra finally managed to smile on Saturday. The Indian Olympic Association (IOA) president won a second term as world hockey (FIH) boss, but only just.

Batra escaped to victory against Belgium's Marc Coudron in one of the tightest finishes the presidential elections have seen in its 92 years. The former Hockey India chief won 63-61 and will stay in power till 2024.

Batra's slender winning margin reflects a clear vertical divide in world hockey. In 2016, when Batra became the first man from Asia to become the FIH president, he had won by a comprehensive margin.

In the 45th FIH Congress held in Dubai in 2016, Narinder Batra garnered 68 of the 118 possible votes. It was a three-corner election and Batra defeated Ireland’s David Balbirnie (29) and Australia's Ken Read (13), both long-time FIH members.

Batra's victory was the first time an Indian became the president of an international sporting federation that ran a regular and extremely popular Olympic sport - field hockey.

The coronation of Narinder Batra as FIH president in 2016 quite followed the script that made Jagmohan Dalmiya the first Indian president of the International Cricket Council in 1997.

Both Batra and Dalmiya worked hard to lobby for votes and at the end of it all, managed to finish the European control over hockey and cricket, respectively.

Unlike Dalmiya, whose ascension to the ICC throne paved the way for several Indians to become the president of cricket's governing body, Batra certainly lost control over the last four years. Arrogance and indiscretion were a major reason for this.

Even as the Indian men's and women's hockey teams managed to lift their rankings and confidence with good displays in international tournaments, Batra was seemingly losing popularity.

At least twice, the FIH had slammed Batra for his emotional outbursts in social media that were unbecoming of his stature in world hockey.

In 2017, Batra had criticised British police for summoning Indian player Sardar Singh in connection with an alleged sexual assault case during a FIH World League semi-final match in London.

"I would love to see the reaction of England and world media if in India the England players are called to police stations," Batra had written on his Facebook page. Batra was reprimanded by the world body for such a public outburst.

That was not all. FIH was also unhappy after Batra made comments against Kashmiri separatist leader Mirwaiz Umar Farooq.

In response to Farooq's tweet congratulating Pakistan after their victory against India in the 2017 ICC Champions Trophy, Batra had called the Kashmiri leader a "pig" and "Pakistan sucker." The FIH president had to apologise to his executive committee due to this excessive show of 'patriotism'.

Batra is known for his temperamental swings. His recent riposte against the sports minister, during a review of India's preparedness for the Tokyo Olympics, was one such instance when he can lose control of himself.

There have been several instances when Batra has allegedly misused his position, even threatening officials with dire consequences. His animosity with IOA secretary Rajeev Mehta and other senior members is no more a secret. The IOA is actually a very fragile territory.

Rejoice he will but the next four years will be a challenge for Batra.

Indian hockey's biggest advantage is its money power. Businessman Batra is good at his economics and knows how to take advantage of that. He would surely have played his cards well this time as well.