His was a classical Caribbean story of rags to greatness. Youngest of the three Ws, Everton Weekes was no less than a Don Bradman when it came to batting 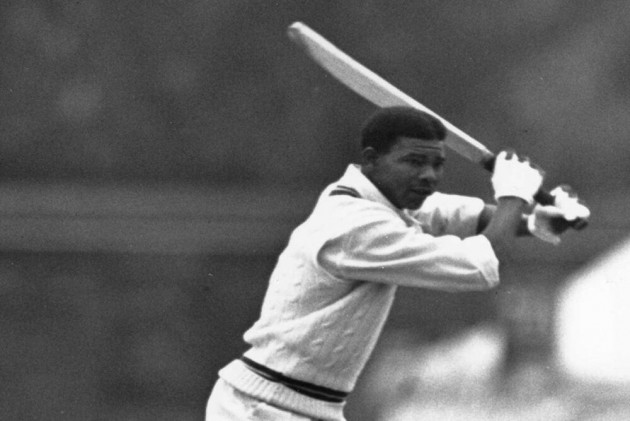 Sir Everton Weekes, the last surviving member of the legendary Three Ws of West Indian cricket, died on Wednesday at the age of 95. The second youngest and the most diminutive of the famous 3Ws -- Worrell, Weekes and Walcott -- Everton Weekes was, on his day, one of the hardest hitters of the game, a trait that earned him the nickname of the "Butcher." Some, like the legendary Sir Donald Bradman thought "he was the best batsman ever to come out of the West Indies."

The Everton Weekes journey is also perhaps a classic Caribbean story, a tale of how materially poor households produced citizens who achieved global fame and excellence, on sheer talent, fierce discipline and determination, while at the same time, retaining their humbleness and generosity of spirit.

This sentiment was echoed by the former Prime Minister of Barbados Owen Arthur who paid tribute to Weekes for his role in bringing social change to Barbados and the Caribbean, stating, "Through his excellence on the cricket field, Sir Everton helped in a fundamental way to change Barbados for the better, forever, by proving that true excellence cannot be constrained by social barriers.”

Born in a wooden shack in Westbury, Saint Michael, Barbados, near the Kensington Oval, which was to later become the scene of many of his most stirring triumphs, Weekes was named by his father after the English football team, Everton. His family was poor and his father was forced to leave home to work in the Trinidad oilfields when Weekes was eight. He did not return to Barbados for the next 11 years, sending back money to the family all the while. In the absence of his father, Weekes and his sister were raised by their mother Lenore and an aunt, whom Weekes credits with his successful upbringing.

In addition to cricket, Weekes was also a good enough footballer to represent Barbados, but cricket was his real love. As a boy, Weekes assisted the groundsmen at Kensington Oval and often acted as a substitute fielder in exchange for free entry to the stadium, giving himself the opportunity to watch leading international cricketers at close range.

In 1943, Weekes enlisted in the Barbados Regiment and served as a Lance-Corporal until his discharge in 1947 and while he never saw active service, the fact he was in the military meant he was eligible to play cricket for Garrison Sports Club in the higher standard Barbados Cricket Association in the Barbados Cricket League. This was significant since his local club, Pickwick, only catered to ‘white’ players.

The Power Of Three

Alongside Sir Clyde Walcott and Sir Frank Worrell, Weekes made up for a formidable batting unit in the West Indies team. All three were born within a couple of miles of one another -- Walcott even believed they were delivered by the same midwife -- within a span of 17 months in Barbados between August 1924 and January 1926.

Amazingly, all three of them made their Test debuts for the West Indies within three weeks of each other in early 1948, against England!

The name "Three Ws" was actually coined by an English journalist during the 1950 West Indian tour of England. Walcott believed that Weekes was the best batsman of the three, while Worrell was the best all-rounder and modestly referred to himself as the best wicket-keeper of the trio.

Weekes made his first-class debut as a 19-year-old and his Test debut aged 22. His first Test century didn't come until his fourth match but it was to be the start of an incredible run between March and December 1948 that saw him making six centuries -- including five in succession -- and five half-centuries in his next 13 innings.

Weekes would later insist that, but for an umpiring error when he was adjudged run-out for 90 in the fourth Test at Madras, it would have actually been six in-a-row. He passed 1,000 Test runs in just 12 innings -- one lesser than Bradman; nobody has reached the milestone quicker than Weekes -- and finished with an outstanding Test average of 58.61. Only nine men who have batted a minimum of 20 times in Test cricket boast a higher batting average.

Former Australian Captain Richie Benaud later said about him that players who had seen both bat at close quarters suggested Weekes was closest in style and class to Bradman. He was also compared to Bradman in his ability to keep the scoreboard moving and for using his feet to come down the pitch to slower bowlers. In addition, he was an excellent fielder, initially in the covers before moving into the slips subsequently. In fact, Benaud, who had himself played six Tests for Australia against Weekes, went on to add that "he set out to hammer bowlers". "He was a fierce hooker, puller and square-cutter, but at the same time, a terrific driver," said Benaud.

Weekes was named one of Wisden's Cricketers of the Year in 1951 after helping West Indies defeat England in the previous summer's Test series, a tour on which he made seven centuries, including five double-centuries and one of them a triple. In 1952-53, he averaged 102.28 in the series against India and was equally dominant in New Zealand in 1955-56 in a Test series in which he made three successive centuries and averaged 83.60

A persistent thigh injury forced him to retire relatively prematurely -- he was just 33 and had played 48 Tests -- but he enjoyed successful secondary careers first as a coach (he coached Canada in the 1979 World Cup) and from 1994, as an ICC match referee. His son, David Murray, played for West Indies and is remembered as an outstanding wicketkeeper.

In 1995, Weekes became the last of the three Ws to receive a knighthood In spite of his status as a legend of the game, Sir Everton remained a humble and approachable figure and he could be seen almost every day, well into his 90s, swimming at Miami Beach, near Oistins Village in Barbados.

His final resting place could well reunite him with his mates Worrell and Walcott - both of whom are buried at The Three Ws Oval on the outskirts of Bridgetown in Barbados. The Oval, situated on the Cave Hill campus of the University of the West Indies, was named in their honour, and there is a monument of the three Ws, opposite the Oval. Both Worrell and Walcott are buried on ground overlooking the ground.