For now, the Manchester United manager has to contend with rebuilding a team and with it, the transfer window. It does not look promising so far. 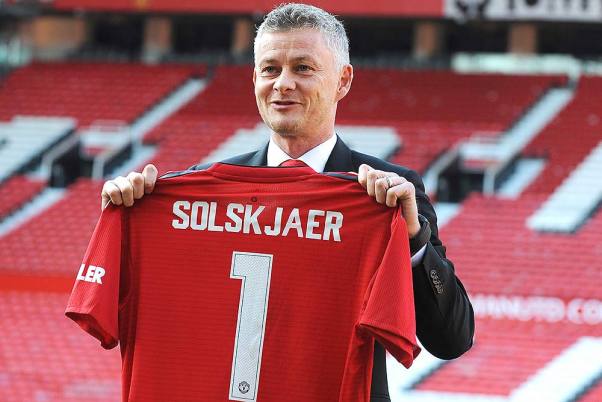 Ola, Ole! Not so good at the wheel right now, is it?

After a run of victories since the Norwegian took over at the end of last year as the manager of Manchester United which culminated in that night in Paris against PSG, there was a clear lull.

The English press have diagnosed it down to United running a lot in games since he took charge, evoking an almost cartoonish image of tires falling off a giant red bus as it made its way around England.

A sixth place finish and the Europa League to look forward to isn’t exactly the best case scenario at the ‘biggest club in the world’ for next season. For now, Ole Gunnar Solskjaer has to contend with rebuilding a team and the transfer window, a place where the best players are represented by some of the nastiest men in football.

Getting a team together for next season is turning out to be a drag. The only incoming has been in the form of Daniel James, a winger known for that viral goal against Brentford. His reported transfer fee is fair in times of inflated fees but the side already has Martial and the highly-paid Alexis Sanchez coming in off the left. The right-wing has been problematic, with Mata and Lingard putting in a shift, so James would probably function from there, even though he seems more natural on the other side. That said, would he start 30 games the next season?

As on the right-wing, other positions too have problems of different kinds.

Goal keeper David De Gea has miraculously stuck to the job and would’ve been at Madrid had Courtois hadn’t jumped ship from Chelsea last summer and a fax machine not lost its mind summers ago. Ahead of him, the defence, as Mourinho had observed, can be starkly sparse. Jones and Smalling seem to have found parallel tracks of progress since Fergie signed them. Lindelof has looked better in the air as the season went on but Bailly hasn’t really made a name for himself. The right-back slot may be resolved soon with Wan-Bissaka linked and Luke Shaw will be expected to make the opposite flank his own.

The midfield though is a bigger mess; Pogba, Matic, McTominay, Fred and Mata represent a range of fairly decent problems unique to each. The French-man will probably make an exit, this season or the next while the rest do not have enough about them. The centre midfield position hasn’t been taken care of since Scholes and later Carrick, departed. The ball does not find the pace of Martial and Rashford who can run in behind the defence. The side does not have a Makelele-like either; prepared to break up play and keep it simple.

Up top, there could be too much reliance on Marcus Rashford. The still-very-young striker may be shouldering a lot of the burden with Lukaku making all the right noises in Inter’s direction. Rashford may be refreshingly good but will get 25 goals this season? Maybe not.

Summarizing the above seems like a recipe for another season of insipid football, not to mention the circus surrounding the club when a certain Norwegian’s job could be on the line. Are you Snapchatting all of this Jesse?