After West Ham, United face Barcelona, Everton, City and Chelsea in a make-or-break period for the club's season. 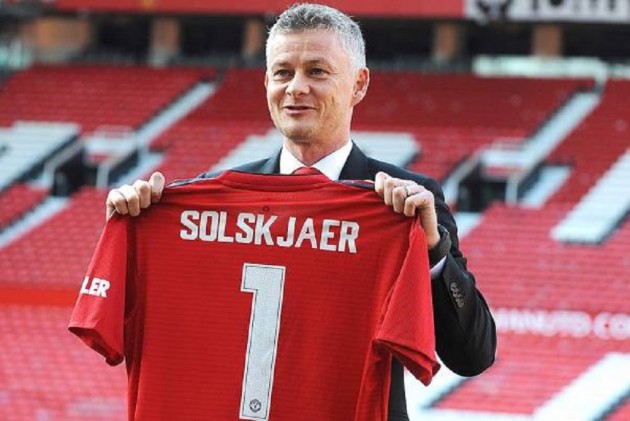 The so-called honeymoon period is surely over now. After four defeats in the past five games, Ole Gunnar Solskjaer’s Manchester United don’t look like the tippy-tappy happy football machine any more.

It was inevitable. All Solskjaer could do was paper over cracks which opened up and showed themselves as United lost to Wolves, Arsenal and Barcelona- all good sides with Wolves being particularly good at turning up against the top six sides. That’s where United find themselves, in sixth, with a chasm behind them as they chase Arsenal, Spurs and Chelsea who stare another few miles at runaway Manchester City and Liverpool.

The mid-week loss to Barcelona was the proper reality check everyone needed. One could argue that Pogba, Rashford and De Gea would be the only ones to find a place in a Blaugrana starting eleven which relies heavily on Messi. The pint-sized god was apparently nursing a groin injury and didn’t put himself about as much though his genius still came through in two moments. The Argentine created the only goal before feeling all of Chris Smalling go through him in a challenge that left him with a bloodied nose and eye. Smalling did say he was looking ahead to facing Messi prior to the game and took on the task with all the enthusiasm of a debuting boxer who knows his opponent is missing a trick.

What was apparent was the gulf in quality. Solskjaer set up to play on the break with wing-backs in Young and Dalot who both had varyingly bad games. The three that have formed part of the most recent Ole line-ups- Pogba, Fred and McTominay were the midfield three that were supposed to do a job, which they did, the Scot standing tall enough. However, Ole seems to have encountered a problem similar to the one Jose had, not knowing how to build around Pogba when the player is highly inconsistent. With Mata and Herrera on their way out, the midfield will need a serious revamp this summer even if everything else is left unruffled.

Things have been going slowly south for Solskjaer around the time he got the job on a permanent basis and while people have been pointing at reinforcements upstairs and on the pitch, there seems to be a need for Ole to re-invent himself too. Jonathan Wilson, author of ‘Inverting the Pyramid’ writes in The Guardian that invoking Ferguson “at every turn was an effective tool to signal his (Solskjaer’s) difference from the previous regime and to highlight a return to the United Way but just as McTominay had to be more than just not-Pogba, so Solskjaer has to be more than just not-Mourinho.”

United host West Ham on Saturday, who can really go missing when they want and have very less to play for. However, their next four fixtures look daunting with away trips to the Nou Camp and Goodison Park before welcoming City and Chelsea to Old Trafford. "We need as many points as possible. I think if we do get 15 points, we'll be [in the] top three. But for now, it's about getting three points against West Ham,” Solskjaer just said at a press conference ahead of the clash.

The first fixture on that list is in danger of being subsumed by the drama surrounding Ole’s return to the stadium he made his name in. The rest will decide where they finish and if they qualify for the Champions League next season; which will also affect the kind of player Old Trafford would attract in the summer transfer window.

The long foreseen substantial blip in Ole’s reign has already appeared on the horizon. How the man at the wheel navigates further tricky territory ahead will possibly decide their season.