Ole’s At The Wheel But Needs Reinforcements All Around Him

Like Ferguson had David Gill and Martin Edwards before him, Solskjaer needs a football man there since Woodward clearly is more of a suit. 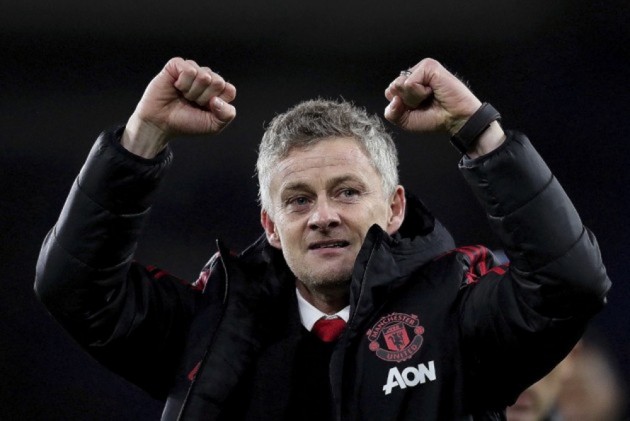 If you don’t overthink it like I didn’t, there’s a simple narrative to play on after Ole Gunnar Solskjaer’s appointment as the permanent manager of Manchester United and the way it happened.

The club played on a chant going around Old Trafford since the Norwegian took over from the noticeably dour days of Jose Mourinho and posted it on their social media account.

Ole’s at the wheel! We can confirm that Ole Gunnar Solskjaer has been appointed as #MUFC manager.

‘Ole’s at the wheel’ is a take off from Waterfall by Stone Roses, the Manchester-band who’d be more than chuffed to have it so. (The song itself is brilliant by the way.) Solskjaer, who has appeared to be overjoyed for the most part since coming back to his old stomping ground may find this another ball game.

A few things are clear, however. Daniel Levy can go buy himself a drink after both Manchester United and Real Madrid have appointed their managers and will not be calling on Spurs for Pochettino. Levy’s famed hard-ball tactics may have put United and Madrid off anyway and while Zidane may have more of a problem on his hands in taking the club forward, the home dressing room at Old Trafford needs sorting out as well.

Taking it from the top, United may need work on their strike-force but Solskjaer needs someone who understands players alongside him with him at the wheel now, a navigator if you will. Ed Woodward has not been doing a great job so far, with the signings of Sanchez and Fred almost seeming like players which United decided to buy because they up for sale and also because the blue half across Manchester wanted them too. Like Ferguson had David Gill and Martin Edwards before him, Solskjaer needs a football man there since Woodward clearly is more of a suit.

Old-style football management and ownership aside, the right wing is a spot begging for attention. Not since Cristiano Ronaldo supplanted Beckham has that side been sorted. While Valencia and Nani jostled for the spot after, Juan Mata and Lingard seem to be the only options Solskjaer has at the moment. Tahith Chong does set the pulse racing but him being an established part of the setup is still more than a season or two away.

The midfield needs a bit of tweaking too. The centre of midfield needs a passer able to find the likes of Martial, Rashford and Lukaku- a kind of player not seen by the Stretford End since Scholes and Carrick hung their boots. The midfield of the side which won in Paris is not something to aspite to, exactly. Diogo Dalot, a Mourinho signing largely confined to the bench during his time, has potential but the side does need backup with reports indicating Antonio Valencia is on his way out and Young isn’t getting any younger. The centre-backs, another Mourinho concern, needs to be allayed as well though Victor Lindelof has started to show why United paid the millions to Benfica.

And while all of that will need tending to in the summer, United are in a genuine race for a top-four spot with Arsenal picking up steam as well. There are some tough fixtures ahead with City and Barcelona coming up in April but Ole’s done it at the Nou Camp before so there is hope and something to look forward to for United fans who’ve suffered enough boring football to be up for the months ahead.

‘Now you’re at the wheel, tell me how, how does it feel?’