Virat Kohli’s men won a Test match that England dictated for three day. But two men – Mohammed Shami and Mohammed Siraj – stood out with their attitude 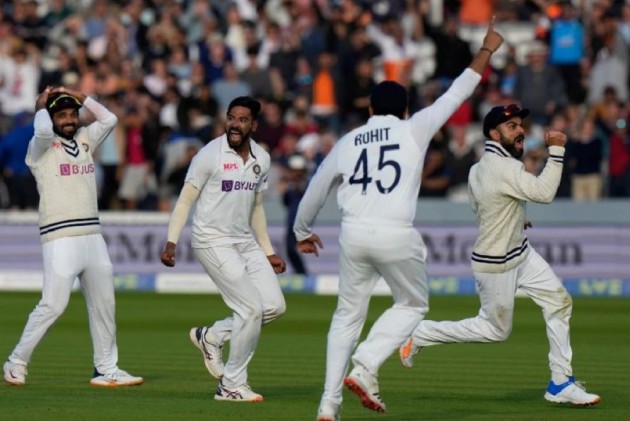 Strange are the ways in which revenue generation and ‘entertainment’ considerations have completely dictated the planning and administration of cricket calendars in recent times. Who would have thought that we would witness the unprecedented spectacle of no first-class cricket being played in England through the best summer months, when a major Test Series is on? Which essentially means that there is no place to turn to for players who are out of form, or trying to stake a claim for a place in the Test sides. (LORD’S SCORECARD | MATCH REPORT)

Or for that matter, a chance for selectors to watch games and select the best possible sides. And that can only hurt Test cricket in the long run, if some of the current batting performances are anything to go by.

Come to think of it, who needs T20 entertainment when you can have such a great game of five days of riveting Test Match action on offer? A game that seesawed crazily and was finally decided in the last eight overs of the final day, as England lost a Test, they had dominated for almost three full days. But India played brilliantly when it really mattered and what could be a better Independence Day gift than a comprehensive victory over England at Lord’s -the home of cricket?

The Indian opening partnership has been a revelation in these two Tests, as were the contributions from other batsmen down the order at crucial times and most of all, the determination of the tail to stay on and contribute. In this Lord’s Test, that made such a huge difference to the team as a whole and fired them to a victory that had looked unlikely even at the start of the fifth day’s play.

Put in to bat in helpful, overcast conditions after losing the toss, the Indian openers responded magnificently in a start that showcased Test match opening batting at its best.  And while Rohit Sharma attacked in yet another change from his stonewalling in the second innings of the previous Test at Trent Bridge, KL Rahul dug in, giving the first session to the bowlers in the classic old-fashioned way that had Sunil Gavaskar and even Sir Geoffrey Boycott nodding in approval. This is new to Indian cricket that has traditionally struggled with its opening partnerships over the years.

But the dominant start that completely negated the effect of losing the toss withered away in a disappointing collapse, as James Anderson produced yet another of his magical spells and India settled for a first innings total well below something the tourists would have expected at 276 for 2 on the first day.

And after yet another magnificent unbeaten hundred from skipper Joe Root saw England taking the first innings lead, India found themselves in trouble in the second innings as the top order collapsed and suddenly there were two out of form batsmen struggling for their Test places, at the crease. 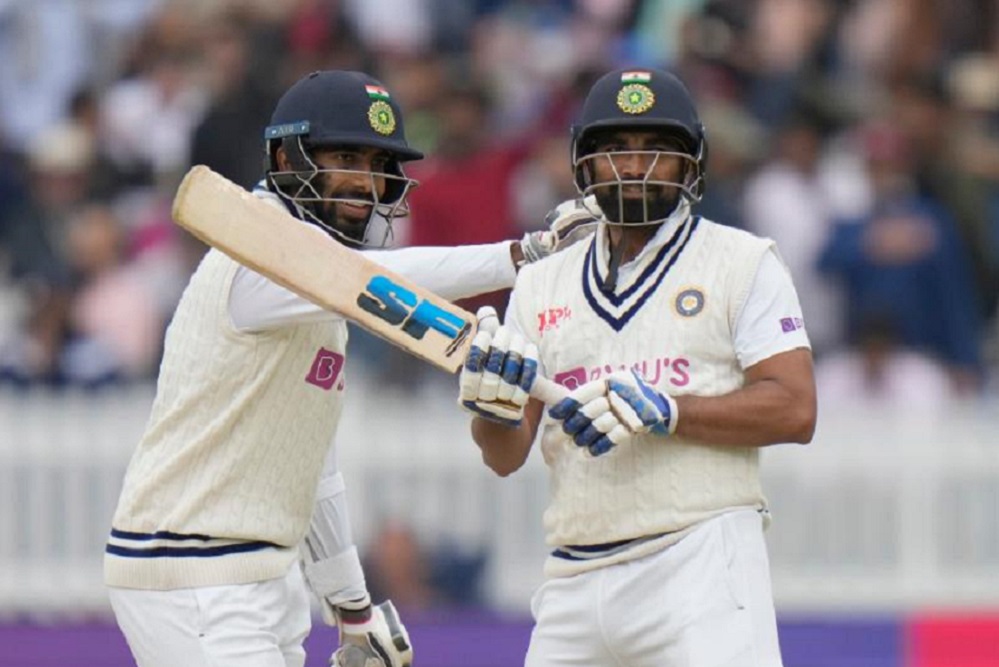 Mohammed Shami scored a fifty and Jasprit Bumrah batted without fear against The England pacers on Day 5 on Tuesday. (AP)

But that is where the beauty of Test cricket, which is essentially a test of character, came to the fore. Cheteshwar Pujara and Ajinkya Rahane showed it in abundance as they absorbed the pressure, dug deep and battled on. Their partnership stabilised things for India while also making sure that they would themselves live to fight another day. Both are too good to be lost to the cricketing wilderness and surely have much more to contribute to Indian cricket in days to come.

And then came that mindless bouncer barrage at the Indian fast bowlers that backfired spectacularly for England. The Indian pacers survived it with great courage and grit and it actually allowed them to settle in, with hardly a wicket taking ball directed at them during that crazy one hour. It was a classic brawn over brain display that ultimately cost England dearly,  in more ways than one.

Once sanity returned, Jasprit Bumrah and Mohammed Shami paid them back in full measure, as they  tore into the attack in a stand that not just took the game away from the Englishmen, but also served to fire up the Indian bowlers and the team as a whole, with the belief that they could  win this Test and bowl England out in 60 overs at Lord’s.

The truncated England second innings was all about four marauding Indian fast bowlers who hunted down the hapless English batsmen in a pack. They ran in hard, bowled fast and aggressively and with great skill as they skittled England out in just 52 overs. This again something that India had never seen before, a quartet of fast bowlers striking terror in the hearts of opposing batsmen, with young Mohammed Siraj, less than 10 Test matches old, the pick of them here.

Mohammed Siraj had helped India win at the Gabba and here he was, doing it again at Lord’s. Surely Bharat Arun, the Indian bowling coach of the past few years, deserves a lot of credit for his behind the scenes work with them.

England, on the other hand, look to be a team revolving around Root and Anderson and if this situation persists, barring the weather and the unforeseen, Virat Kohli’s India should be firm favourites to win the next three games also. India were denied by the weather in the first Test at Nottingham, but there was no stopping them this time. And for a change, they even got their reviews right! 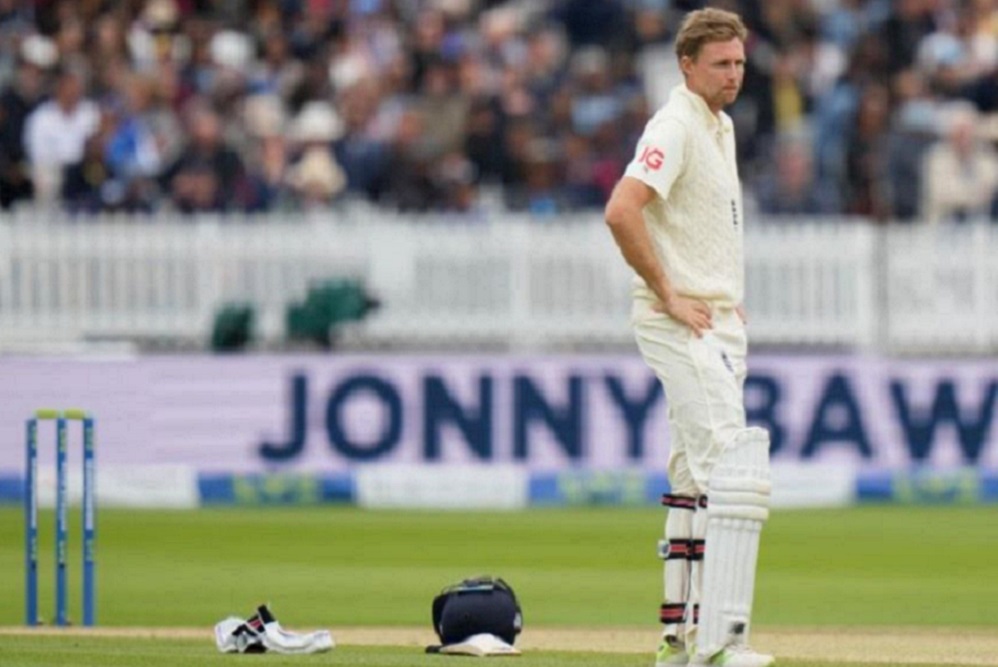 Joe Root seems the only batsman who has shown some stomach for a fight. England’s batting has been disappointing. (AP)

Intent is a word that has been much used in recent times in Indian cricket. Perhaps it’s time the context was put in its proper perspective. Intent is far beyond scoring a quick 20 or 30 runs that has very little on the result of a five-day Test match. Instead, it is about the mental strengthof batting through entire sessions without losing a wicket, especially when the team has its back to wall. Intent is about running in hard and making the batsmen play relentlessly in the corridor of uncertainty. It’s the belief that you can run through sides.  It’s the never say die spirit when the odds are stacked against you. India showed that kind of intent in ample measure in this Lord’s Test.
(The author is a retired IAF Wing Commander and played first-class cricket for Services. Views are personal)