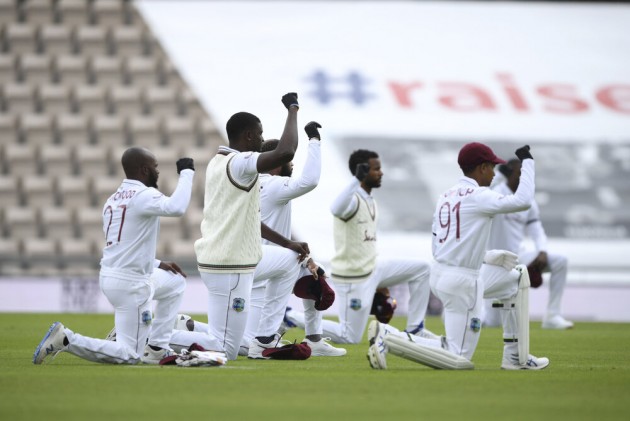 Both the England and the West Indies teams ‘’Took the Knee’ for 30 seconds prior to the start of the momentous England -West Indies first Test at the Ageas Bowl that marked the resumption of international cricket after the long coronavirus lay off. This gesture, a show of support to the Black Lives Matter movement, was a powerful statement against racial inequality.

Both squads, as well as their support staff and the umpires, took a knee immediately before the start of a rain-hit first day, on which only 82 minutes of play was possible with England hanging on at 35-1. The West Indies players also wore a black glove in their right hand, which they raised in a fist while kneeling, in a gesture reminiscent of the famous Tommie Smith and John Carlos’ ‘Black Power Salute’ on the victory podium at the 1968 Mexico Olympics.

Both teams will also sport a Black Lives Matter logo on their shirts for this series. The International Cricket Council prohibits political symbolism or statements during matches, but has clarified that it does not regard protesting against racism as a political statement, so no teams will face sanctions for taking the knee or the donning logos on their shirts.

This comes at a time when the dwindling number of black cricketers and coaches in the English County game has raised serious concerns about a deep-rooted, multi-layered inequality, be it in terms of opportunities or acceptance or basic treatment as a human being, that continues to dog sports at various levels, surfacing every now and then in various forms.

Just a couple of days ago, British athlete Bianca Williams and her partner were made to get down from their car and handcuffed in front of their infant son in an ugly incident that they felt would never have happened if they were white. The British Metropolitan Constabulary later apologised for the incident. 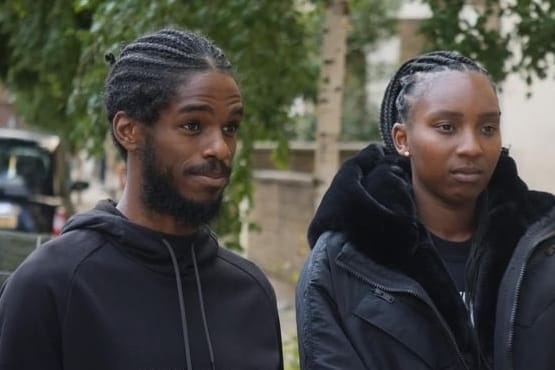 British athlete Bianca Williams and her partner were handcuffed in front of their son which has raised the issue of racial profiling amongst the police in the United Kingdom. Credit: Twitter

In a pre-match interview at the Ageas Bowl, legendary West Indian fast bowler Michael Holding , now a commentator with Sky Sports for the past 21 years and one of the most respected voices in world cricket, made an impassioned plea to ‘Educate the World’, both Black and White and correct historical biases which, according to him, go back centuries and which continue to this day, perpetuating themselves every now and then, in some gory incident which horrifies the world, sparks outrage for a time and then fades from our collective consciousness only to be repeated again after a while.

ALSO READ: OPINION | Cricket Faces Saliva Test But What A Joy To See It’s Back To Business Again, Almost!

Holding’s sentiments were echoed by co-commentator, former England captain Nasser Hussain, himself of mixed Indo-British parentage, who felt the world had looked away from such things for far too long and that racial equality should be ‘given’ and there should be no need in this day and age for anyone to say ‘Black Lives Matter.’

How Close Was That!

The raw emotion behind Michael Holding’s comments were a throwback to another time, to another England-West Indies series when he was at his peak, in 1976, when the then England captain, the late Tony Greig made his infamous and ill-advised “I want to make the West Indies grovel” comment at a pre-series press conference. A statement that in hindsight, could well be construed to have racial overtones. 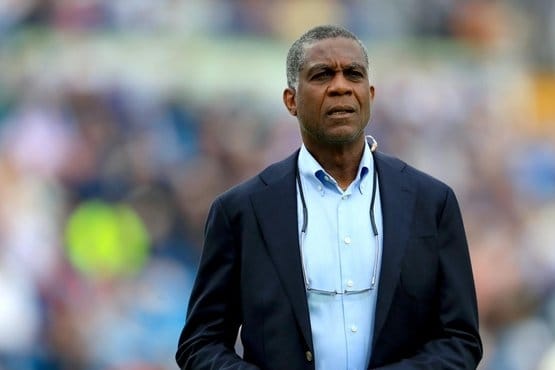 In a pre-match interview at the Ageas Bowl, legendary West Indies bowler Michael Holding made a plea to 'Educate the World' regarding racial equality. Credit: Twitter

History bears witness to the collective, pent up fury that it unleashed amongst the West Indian cricketers, expressed in terms of their performances with both bat and ball in that series and fanned the flames of the ‘Fire in Babylon’ to a new high!

One still remembers the searing Michael Holding bouncer that nearly took off poor Brian Close’s head, recalled in that series by England at 45 years of age, in a desperate attempt to combat ‘pace like fire.’ Close, batting without a helmet, only managed to get out of line at the very last minute, saving himself by a whisker, but couldn’t prevent multiple bruises on his body in the course of a courageous two-and-half-hour opening stand with 39-year-old John Edrich.  By the end of the series, there was no doubt in any one’s mind as to who was grovelling!

In contrast, it was a much more mellowed Michael Holding who made his impassioned plea for racial equality last evening, his voice breaking as he tailed off. To their credit Holding and Close remained friends in later years and Holding described him as one of the toughest characters he had known.

It is interesting to note that Close himself had faced discrimination of a different variety as a professional cricketer, in an era when class distinctions were rampant and ‘gentlemen’ amateurs ruled the roost. Anyone taking money to play sport was considered inferior in the social milieu of the time.

In 1949, Close had been selected to play in the then prestigious, now defunct Gentlemen Vs Players game at Lord's which unofficially, served as a Test match trial at the time. Close scored 65 runs in that game, the highest score for the Players. When he reached his half-century he was congratulated by the Gentlemen's wicket-keeper, Billy Griffith, who said: "Well played, Brian", to which Close responded: "Thank you, Billy". 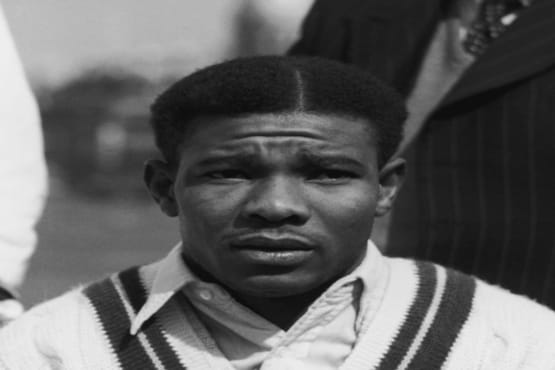 Legendary cricketer Sir Everton Weekes could not play for a local club in Barbados because non-whites weren't allowed then. Credit: Twitter

In what seems inconceivable today, he was asked to appear before the Yorkshire committee 10 days later, and reprimanded for his effrontery in not addressing an amateur player as "Mister".

And how can one anyone forget the equally infamous ‘D’Olivera Affair’ when the South African government refused to allow South African born England all-rounder Basil D’Olivera, to play in that country, because of his skin colour. This, of course, led to the cancellation of the England tour after a lot of frantic, behind the scenes manoeuvring at the MCC and the ultimate banning of South Africa from International Sport in 1970.

ALSO READ: Until We Educate The Entire Human Race, Racism Will Not Stop: Michael Holding

Even the legendary Sir Everton Weekes, who passed away last week, could not play for his local club Pickwick in Barbados, because in that age, they would not allow a non-white to play for them.

Thankfully, we do not hear of such things so much now, even though the disturbing statistics on Black Players and Coaches in the English County circuit indicate that the age-old prejudices are still far from being eliminated.

As Michael Holding so emphatically declared on Wednesday, these things have to change, must change, even if it entails educating the whole world, both Black and White. Hopefully, the solidarity displayed by the two teams, marks the beginning of this change in attitudes within the world of sport and in the world of cricket in particular.