Rishabh Pant Has Sent Fans Into A Tizzy! Can Indian Cricket Afford His Poor Keeping Skills?

Will it harm India's causes if Rishabh Pant is played as a pure batsman while someone with better wicketkeeping skills dons the gloves in Test cricket? 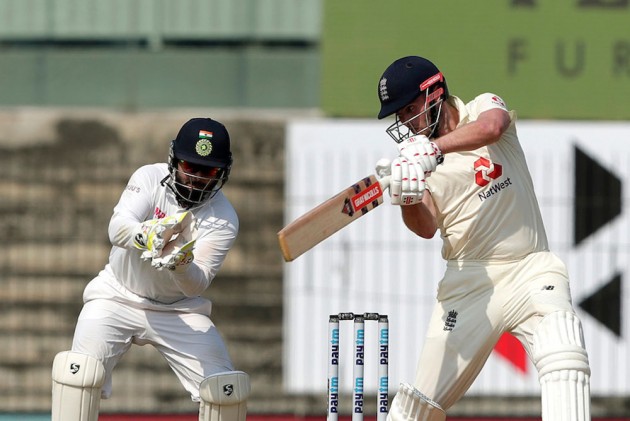 Rishabh Pant is a pain behind the wickets. That's the general feeling. His flamboyance and all the chatters to keep the team motivated and fans engaged failed to cover up the many catches he has floored. (More Cricket News)

At one point, his Delhi Capitals coach Ricky Ponting lambasted him as possibly the worst keeper around. And the former Australia captain was not just making it up. "Since his debut in Test cricket, he's dropped more catches than any other keeper in the world. That highlights he has got some work to do with his keeping," that was Ponting's terse statement and it came with facts.

After the end of Day 1's play in Sydney against Australia, CricViz Analyst had shared rather discerning stats. “Since the start of 2018, Rishabh Pant averages 0.86 dropped catches per Test played. Of all keepers to play 10 matches in that time, Pant’s drops-per-Test record is the worst". That's massive.

Since the start of 2018, Rishabh Pant averages 0.86 dropped catches per Test played.

Of all keepers to play 10 matches in that time, Pant's drops-per-Test record is the worst.#AUSvIND

And the story continues...

That was January first week, into a new year.

The new year has entered its second month, and in Chennai, Pant continued to drop catches. This time against England. Now, it has become obvious -- it's not about learning, but more of a need to unlearn. As former India wicketkeeper Kiran More said, the 23-year-old has some technical issues. “His body balance, his hands going away from his body etc. Nothing major, some small technical issues." Pant needs to work on basics. Well, if the Indian team management allows him.

India have always prided themselves on their batsmen, but they are now banking on a wicketkeeper to do the scoring. In fact, they are happy to field a sub-par glovesman to the job of a wicketkeeper. And the verdict is already out. It's not working. Yet, Pant will continue to don the gloves with the team management's blessings. And the one excuse is, India are going with five bowlers, and the presence of the wicketkeeper who can bat will beef up the middle order. Pant's main role now is to score runs rather than keep wickets, and convert half-chances to wickets.

Cricket, today, is an all-rounder's game. A player needs to contribute at least in two aspects; yes, if he's not a pure class in his defined role -- a batsman or a bowler. For example, Rohit Sharma can drop a few catches, including sitters, yet he will escape the scrutiny because he's the designated Hitman for the Indian team. Everybody knows he can win matches for India with the bat. The same goes for the specialist bowlers, like Ravichandran Ashwin or Jasprit Bumrah. The team needs them. And the team can afford to have them turning up 'handicapped'.

The same can't be true for wicketkeepers?

In an ideal world, wicketkeepers should also have that same protection. It's a specialist's role.

"Catches win matches," that's how cricket's history is written, not by centuries or five-wicket hauls. A dropped catch is all that takes to alter the course of a match. Steve Waugh's "Hersh, you've just dropped the World Cup" still reverberates. That happened on a bigger stage. But what goes behind the wicket, every ball of the every over, in a cricket match can't be ignored. And, in Test cricket, it gets accentuated. For all its purity!

As England continue to dominate the series opener in Chennai for the third day, India's mistakes pile up. It only took six balls to expose Pant. Jasprit Bumrah, finally making his home Test debut, induced a thick edge off his very first ball as England opener Rory Burns glanced it. What followed was a "tough chance," with a diving Pant dropping the catch. But many also claimed that it would have been a regulation catch for someone like Wriddhiman Saha, who's overlooked for an apparent lack of batting prowess.

Unfortunately for India, England batted for 190.1 overs, spanning more than two days, and there were more to come. The easiest of the lot was Pant missing a stumping chance against Jack Leach early on Day 3 off Ashwin's bowling. As it turned out, Leach and Dom Bess ended up adding 42 runs for the ninth wicket to take England's first innings total close to 600.
Pant, however, continued to bat with authority, reminding his series-defining knock in Brisbane last month.

But the big question is, is he a batsman or a wicketkeeper? If the answer is the latter, then he sure is one of the worst that India have ever fielded in Test cricket. If it's the former, then India need to bring in a pure wicketkeeper. And Pant can denounce his wicketkeeping tag, at least for the sake of Test cricket. There's no harm in India sticking with Pant as a pure batsman.

There's both joy and pain in his cricket. It's team management's job to make it a nice experience for everyone. Nobody wants to troll a talent like Pant for avoidable mistakes, which wouldn't have happened if not given the keeping gloves.