The Sheer Joy And Mass Appeal Of Club Cricket

What better way to spend a day than watching a relaxed day’s cricket and savour every minute, every nuance of this beautiful game of life 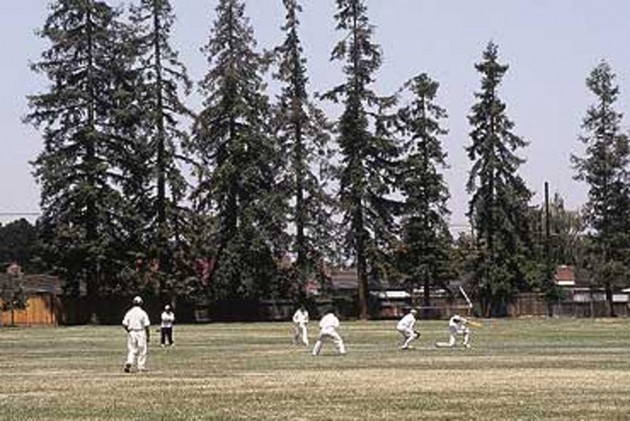 Alongside Test cricket, club cricket in England too made a much-awaited comeback last weekend. In what must have been a therapeutic release from months of forced inactivity, hundreds of cricketers -- young and old -- turned out in force on picture postcard cricket grounds, all across the lush green and blue English countryside.

The UK government’s initial concerns about congregations in the tiny cricket pavilions tucked away in secluded corners of the land, with their honours boards of past presidents, secretaries and captains going back a hundred years and about the shared teas after the game, seem to be finally resolved.

READ: Cricket Faces Saliva Test But What A Joy To See It’s Back Again, Almost!

Now, grounds that had lain idle and deserted for many months ever since COVID-19 pandemic shut down the world are “hot with action’ once again, if the tweets read out by the commentators on Sky Sports last Saturday were anything to go by.

Stirring tales of hattricks and 5-wicket hauls, and rapid-fire fifties and well-crafted hundreds shared pride of place alongside stories of a star player’s first-ball duck and the poor guy who forgot to bring his lunch and split his pants diving for a catch in the field, on the first day of the season!

Each game no less important to the players than the Test match at the Ageas Bowl. Each game a statement of the resumption of life, as cricketers over the world have known it. Each game so completely useless in all material terms, but so precious in terms of the players’ mental and physical well being and team camaraderie. Cricket at this level is so much about fierce affiliation to your club and having fun with your mates from the local community.

That indescribable experience of being ‘one of the boys’ as the team walks out onto the field, with friends and family camped in wickerwork chairs, or simply sitting in the grass on an English summer’s day, flasks of tea and sandwiches at hand. For hundreds of cricketers around the country, it was as if life itself had released the ‘pause’ button. These are the games, world over, where a country actually plays its cricket and lives out its passion for the sport. These much looked forward to, much cherished games on weekends.

So priceless in terms of the memories created, of some of the best times of our lives. Memories that will stay lifelong, like the friendships that they foster, on and off the field. And years after the games have ended, friends would still be talking about them, even when they are old and grey, about the same dropped catches (by others naturally!), and the same match-winning knocks! Such is the joy of cricket at club level and the magic and enrichment that it brings to the lives of those who play it.

In India though, we are still some way off from this kind of release. In any case, this level of cricket is played here only in winter, in the cricket season. But haven't we all experienced it and enjoyed it at different stages and our lives have been so much the better for it. For most of us, club cricket still remains the most enjoyable form of the game. For me personally, it still feels as if it was only yesterday that I was opening the batting for my club on a cold, misty morning in a picturesque little town in Eastern India.

Absolutely loved the moment when the umpires called out " Play" and the tall fast bowler started running in with a gleaming new ball, out of the mist.

How we looked forward all year to these months of the cricket season… the tingling anticipation and slight nervousness of waking up on the morning of an important match! And if it was a Sunday, there would be the deep, monotonous ringing of the church bells filling the morning air, calling the 'faithful. of the little town, to prayer.

My fondest memories of club and district cricket in our smalltown, growing up, were of the many matches that we had every season, at our solitary cricket ground with its tiny stadium. I remember district matches when I was a kid and dada (my elder brother), was the best batsman around, a hero to all of us. I would walk down to the ground, early on the morning of the match with dada and his friends and go and sit down in the grass, somewhere near the sightscreen; and my heart would be in my mouth, each time dada took a strike, specially when he had first come in, till he got to 'safe’ score.

I remember our matches against neighbouring district teams, they were like India-Pakistan games for us and it would break my heart if we lost to them. For a town of our size, we had many club teams. Teams with fancy names, lovingly thought up no doubt, by a cricket crazy founder patron, or patrons, whose life revolved around the club. Teams that competed tooth and nail against each other for the Senior League Championship every year.

For me, the best time of the match would be the start of the day’s play. There would be a handful of people at the ground at that time, the crowds would come in later as the day progressed and specially if it was a district match, the entire town would turn up to watch us play on Sunday afternoons, with sundry tradespeople doing brisk business around the ground.

But at that time of the morning, there was a feeling of quietness and anticipation all around, as the opposing fast bowler ran in to bowl the first ball and the familiar, reassuring sight of our opening batsman, quietly blocking out the first over in copybook style!

Later, the slight mistiness would lift, the first shots would be played, boundary shots hitting the metal fencing around the ground with a clang, more people would start trickling in and the quietness of those early overs would be lost. But at that stage of the day, we didn't want any shocks and our opening batsmen would ensure that with their head down, nose over the ball forward defensives, the bat making the sweetest sound imaginable as it made contact right in the sweet spot.

How can one ever forget the joy of such times, even when they are long past, even when the faces that peopled those memories have faded and long gone?

I remember a much looked forward to club tournament that we used to play at the picturesque ITC campus in a nearby town, with it’s beautiful bungalows and lawns. A beautiful lush green cricket ground hidden away in the trees, a pretty little pavilion with tiny dressing rooms and white coloured windows that overlooked the ground. How we loved playing there!

And how I wish I could go back there one more time and experience the thrill of being greeted by the crowd as I walked out to bat. Or watch our spinners bowl tight middle overs, defending small totals before our tall medium-pacer returned to finish off the tail. Or our ever-alert point fieldsman scoring a direct hit as the opposition batsmen attempted an ill-advised cheeky single to him.

Looking out from the dressing room windows as we changed into whites after the warm-up, watching the umpires walking out. And feeling the butterflies as yet another game of cricket got underway, so looked forward to, so cherished.

'Another day in paradise,' as Phil Collins would say.

Cricket gave us things to aspire to and made our growing up days so happy and memorable.

Like the first practice session of the season, just after Durga Puja. There would a huge sense of anticipation and excitement at a new season getting underway; bats were oiled and hammered, fresh white leucoplast lovingly put on the chipped edges, somebody tried out a new bat, somebody else hit close catches at you, to make you nice and supple before you batted in the nets. What wouldn’t I give to be back there again?

And in later years, I remember watching a club game at the famed Kolkata Maidan on a bright, sunny winter day, with a chilly breeze blowing in from across the ground.

There were fifteen grounds there and an equal number of matches that were being played simultaneously in that relatively small area on a weekend. Sitting under a tree and watching a 1st division game with a friend of mine who is a match referee; small grounds, surrounded by trees, different matches on in adjacent grounds, open to each other, no fences anywhere, even as Sunday traffic meandered lazily on Red Road in the distance.

And I think to myself, what better way to spend a day than watching a relaxed day’s cricket and savour every minute, every nuance of it. Of this beautiful game of life.