Indian teams will be playing in UK and Sri Lanka in separate series. The COVID has actually created more opportunities 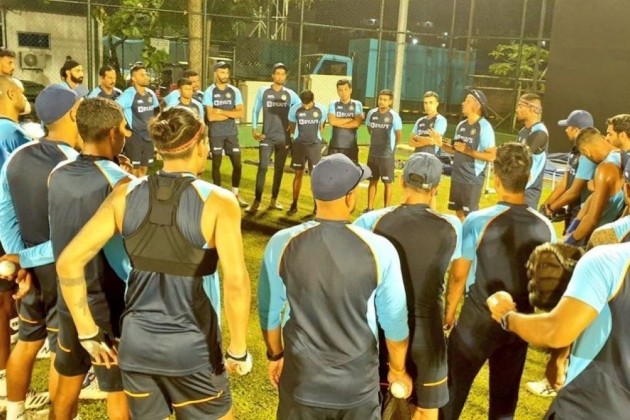 The 20-member white ball team led by Shikhar Dhawan in Sri Lanka is a reflectionof the uncertainty of the times we live in. With its arrival for a short series comprising three T20 internationals and as many ODIs, international crickethas officially moved into an era of splitnationalsides playing in different countries at the same time. This was bound to happen sooner or later, given the near- unmanageable congestion of the post-COVID international cricket calendar. Live Streaming | News

Another 20 -member Indian Test side is in England simultaneously for a five-Test match series, their tour interrupted after the World Test Championship Final against New Zealand,by nearly a month and half of inactivity due to COVID related restrictions. This would have been inconceivable in pre-pandemic times.

None of those players would be available to play in the white ball matches against Sri Lanka. Effectively what that means is that India now has a bunch of nearly 50 international cricketers playing for the country at the same time. And that surely is an amazing statistic for any country.

WINDOW OF OPPORTUNITY
The players aren’t complaining, it has opened up opportunities for many of them that they would have had towait years for, in the normal course. An opportunity to earn their spurs in International cricket and move on from one format to another, as we saw with so many talented youngsters in Australia.
Neither are the cricket Boards complaining because more matches equate to more revenue from the broadcasters for them. And the viewers are spoilt for choice. 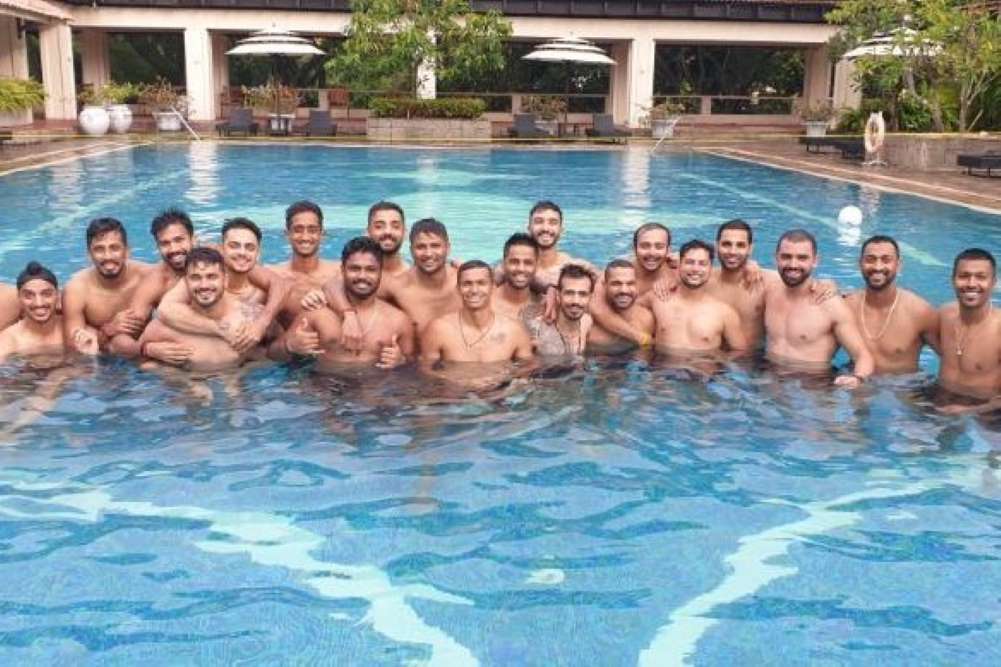 The young Indian side having a session in swimming pool at the team hotel in Colombo. Photo: BCCI

The first instance of a nation sending out separate squads to different countries on simultaneous tours came about in 1930, when England played two Test matches on the same day, one against the West Indies in Bridgetown, the other, 9,000 miles away, against New Zealand in Christchurch.
Both countries were new entrants into the community of Test playing nations at the time and theICC, called the Imperial Cricket Council then, felt the need to pave the way for their smooth induction by asking the MCC (as touring England teams were called then), to play simultaneous Test Matches in those countries.
Since the regular MCC side had just returned from a long Ashes campaign in Australia, these tours opened up opportunities for a lot of older players in their 40s who had not played Test cricket for a while, to make a comeback to the highest level of the game. More recently, in a one off, Australia had started a Test match against India in 2017 at Pune the day after they had played a T20 against Sri Lanka in Adelaide.

A NORM THAN EXCEPTION
Nearly a hundred years later, split sides of the same nation may well become the latest reality in the reinvented international cricket of the post-COVID era.To keep international cricket afloat in these troubled times, there may not be much of a choice, in view of the pressure from broadcast companies to offset the disruptions and financial losses caused by the pandemic. In this case, the Sri Lankan tour was originally scheduled to be a set of three T20 games only, in preparation for the T20 World Cup in UAE and Oman later this year.
But the BCCI in a Good Samaritan gesture, agreed to Sri Lanka Cricket’s request for three additional ODIs to help the cash-strappedSri Lankan Board earn some additional revenue from Broadcast royalties.
When international cricket resumed last year in July,  after thecorona induced break that shut  down the world, the captain of the touring West Indian side,Jason Holder, had appealed to England to ‘return the favour’ by touring West Indies later in the year to help them keep their cricket going.
The West Indian players had just taken a 50%wage cut to tour England, one of the COVID hotspots of the time and Holder had said that all the bigger, cash-rich cricket Boards, India England, Australia especially, had a financial responsibility towards the smaller Test playing nations in these hugely disrupted times. The BCCI decision taken by Sourav Ganguly’s team was in keeping with that sentiment. 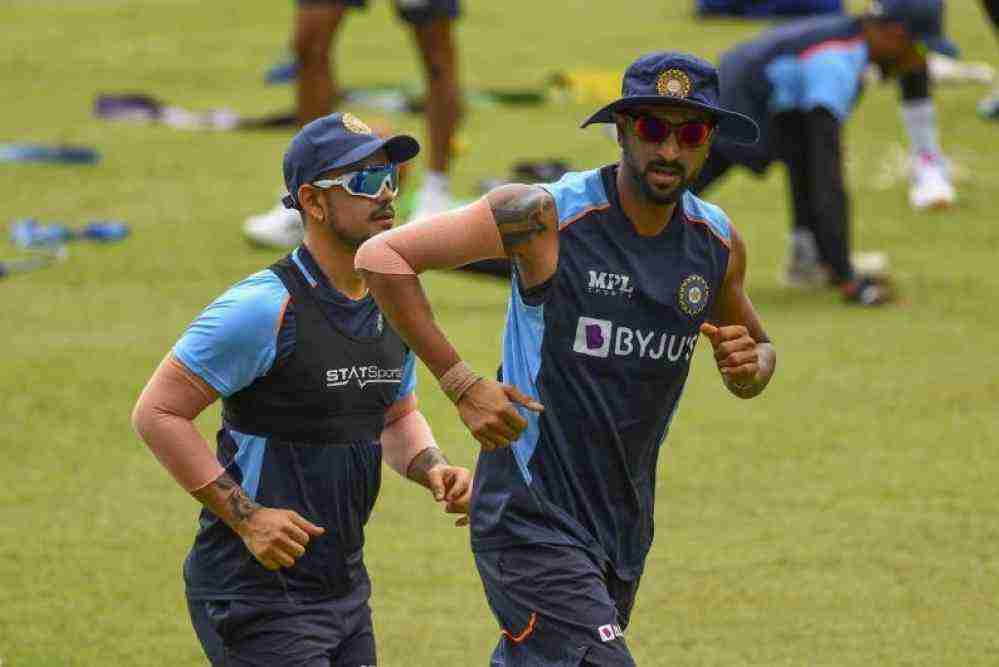 Both Ishan Kishan and Krunal Pandya are product of IPL which has helped them grab berth in the Indian team. Photo: BCCI

The idea of assembling asecond team is aninteresting development in international cricket.  Australia had firsttried itsome years ago at the height of their golden run, when their own talent pool was huge andmany playerswere fading away for want of opportunities at the highest level. They hadwanted to field two international teams named Australia A and Australia B at the time, but were unable to do so, because of various reasons.

INDIA DOING AN OZ
The scenario today is different and given the Internationalquarantine restrictions and sheer number of matches in different formats of the game, India are finally doing what the Australians could not. For the first time in nearly 100 years, an Indian national cricket team will be playing in two different series simultaneously.
Looking at the players who are part of the squad in Sri Lanka, it would appear that this is India’s main team,especially in the white ball formats, although a former Sri Lankan captain(Arjuna Ranatunga) chose to disagree, calling it a second-string team that was an insult to his country.
With COVID hitting the Sri Lankan camp, just as it had hit the England cricket squad a few weeks earlier, leading to a wholesale revamp of nearly the entire team with nine players being replaced, itlooks as if it could now be Sri Lanka insteadwho would be fielding a second-string team. But then, these are occupational hazards in these terrible times that call for this kind of flexibility.
Undoubtedly, it isthe strongIndian domestic first-class cricket structure and the success of the IPL that hasfacilitated the creation of this huge talent pool. Most of theplayers in Sri Lanka currently have already had a good amount of international exposure in different formats for India, at various levels. 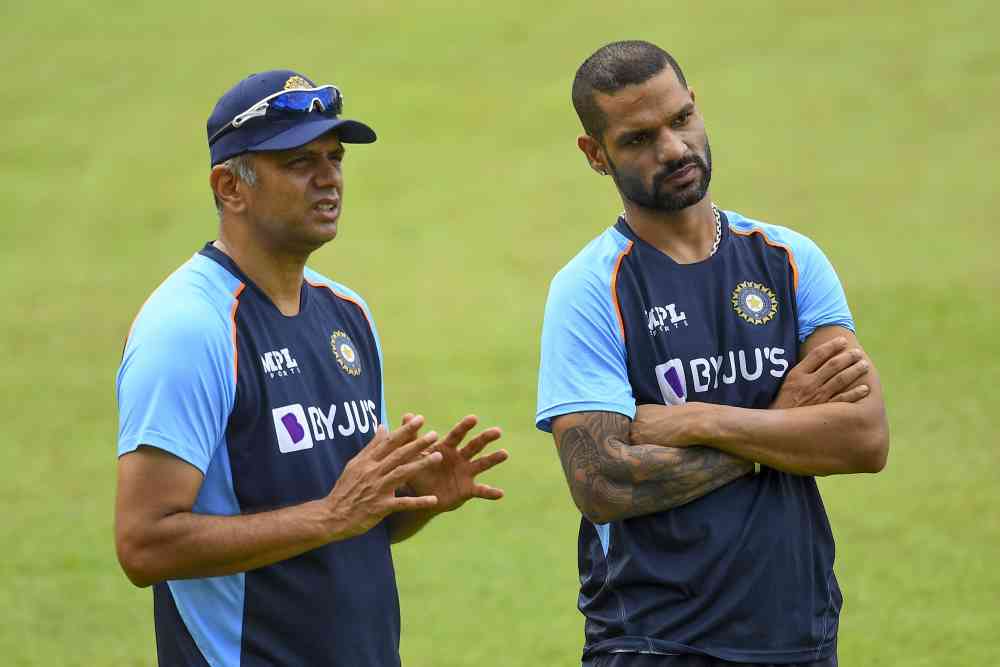 Rahul Dravid has helped shape many youg players as coach on India A tour. Photo: BCCI

Rahul Dravid, the coach of this team, has been closely associated with the development of many of these young cricketers. He has made sure that most of them haverepresented the countryon India A tours and are well prepared to face the challenges of playing for a senior India team on a full- fledged International tour.

THANK YOU, IPL
Their IPL exposure for different franchiseshas been extensiveand many of them have earned their India colours ridingtheir IPL successes. For some,the tour is an opportunity to win back the India places that they have recently lost, for others, to wintheir spurs in the national side for future challenges like the forthcoming T20 World Cup.
And in spite of their loss in the World Test Championship final, it is only fair that given the depth of talent at its disposal at this time, India should play two, if not three teams in various formats at the international level. That will ensure that each one of these young players gets the opportunities and recognition that they so richly deserve.
And go a long way to ensure that we never have another Rajinder Goel or a Padmakar Shivalkar again, who could have walked into any Test side in their heyday, but never actually had the chance to play international cricket for want of opportunities.
(The writer is a retired Indian Air Force Wing Commander who played first-class cricket for Services. Views are personal)