Why Virat Kohli Is Right And ICC Wrong: A Philosopher Looks At DRS

For years, India’s—and in particular MS Dhoni’s—antipathy towards DRS was based on the assumption that the prediction question needed to be answered before proving the accuracy question 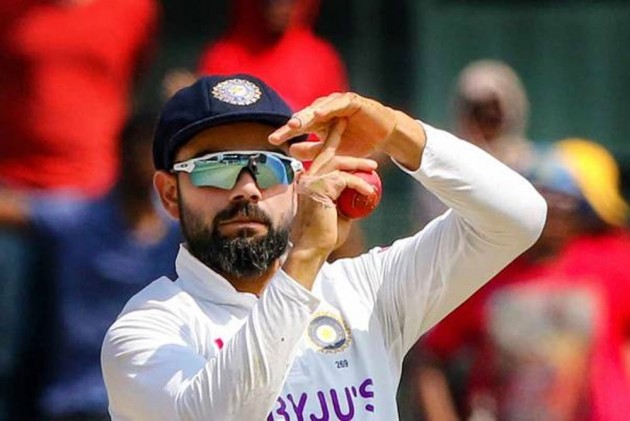 At a recent press conference, Virat Kohli argued that it was time to scrap the ‘umpire’s call’ verdict on DRS referrals. The ICC disagreed. But Kohli is right and the ICC wrong. If there are two methods for making predictions, and we know that one is more accurate on average, then it is irrational to use the method that we know to be less so.

But can we really know that ball trackers are more accurate than umpires? Surely, you might think, we simply can’t know which is more accurate. To know that, we would need to know what would have happened had the batter not got in the way, and the smartest technology in the world can’t help us with that sort of hypothetical question. Hence, our best bet is to go with the expertise and experience of the umpire.

This argument gets a lot right. But it’s a response to the wrong question.

In comparing umpires and ball tracking, we need to be careful to ask the right question, which is the `accuracy question’: how can we know if the ball tracker’s predictions are on average more accurate than an umpire’s? Discussions around this usually ask the wrong question, which is the `prediction question’: what would have happened if the ball’s trajectory had not been intercepted by the batter?

Luckily, we know where to look: statistics. All we need are the measured accuracy of ball trackers, a record of umpires’ decisions, and a quick back-of-the-envelope calculation. The key here is the fact that we can measure the accuracy of ball-tracking using actual outcomes: fire the ball towards the stumps, and have the ball tracker trace the ball’s trajectory up to, say, the batting crease. Then check whether the predictions of ball-tracking match what actually happened to the ball after it passed the batting crease.

In the ideal world, we would be able to make an apples-to-apples
comparison by subjecting umpires to the same test. Unfortunately, we cannot do that; we cannot ask umpires to shut their eyes when the ball reaches the batting crease, write down their prediction, and then check their accuracy. Fortunately, we don’t need to. Since we’ve calibrated the accuracy of ball-tracking by comparing its predictions to what the ball actually did, we can calibrate the umpires’ accuracy using ball tracking, while taking into account the inaccuracy we know the ball tracker has.

Now for the back-of-envelope calculation. According to the Hawk-Eye website, ball tracking is accurate to within 1 cm, so let us use this as a starting point. The width of a wicket is roughly 30cm. Let us assume the ball tracker’s margin of error regarding incorrect calls is 4% (it will actually be less). This means that, on average, two out of 50 of the ‘hitting’ decisions incorrectly predicted that the ball was going to hit the stumps.

To calibrate the umpires’ accuracy, all we need to do is consult the historical record of the number of times umpires’ decisions have been overturned by ball tracking. If there are more than four overturned calls made by the umpire for every 50 calls deemed ‘hitting’ by ball tracking, then ball tracking is more accurate, on average, than the umpires. Lo and behold, we have an answer to the accuracy question without answering the prediction question! Of course, this is just a rough calculation, and a lot of other factors need to be taken into account, but the basic point stands: we can answer the accuracy question by statistical inference. Advantage Kohli.

But there is a second option for the Kohli-sceptic. My discussion so far has smuggled in a pretty big assumption: that the goal of umpiring at the highest level of cricket should be the calls that are accurate. Surprisingly, it’s possible to put pressure on this seemingly innocuous assumption.

Former England captain Nasser Hussain recently suggested that if umpires’ calls were always given out, then we would see more two and three-day Test matches. The cumulative effect of deferring to ball-tracking would be to make bowlers’ jobs easier. So it might be in cricket’s best interests to stick to the less accurate, but more entertainment-conducive deference to the umpires’ call. This raises intriguing questions about what the real goals of sport are: the cultivation of skillful athletes, or the gratification of the crowd? Interestingly, it might be hard to prise these two apart.

Can one really enjoy a drawn out Test match once you know that its length has been purchased at the cost of accurate calls? Perhaps what Hussain’s remarks really suggest is not that we should stick to umpires’ calls, but that we should rely on ball-tracking technology — thus serving the goal of accuracy — but narrow the dimensions of the wicket.

For years, India’s—and in particular MS Dhoni’s—antipathy towards DRS was based on the assumption that the prediction question needed to be answered before we could answer the accuracy question. In taking a stand against deferring to the umpire’s call, Kohli has unearthed the underlying logical fallacy in Dhoni’s position.

Even if Kohli does not surpass his predecessor and become the greatest Indian captain of all time, he has already become Indian cricket’s most successful epistemologist.