The Boy Who Received The First Rabies Shot 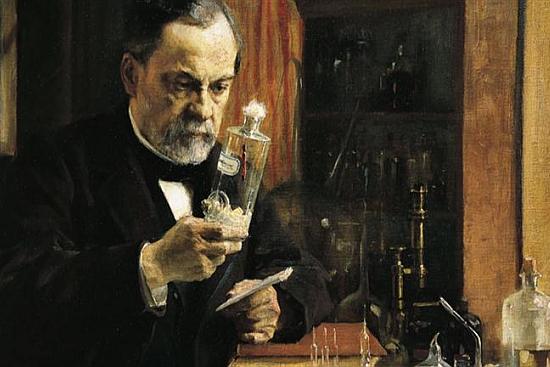 French chemist Louis Pasteur who is regarded as the father of microbiology is renowned for his discoveries of the principles of vaccination, microbial fermentation and pasteurisation. He also invented the first-ever vaccines for anthrax and rabies.

Pasteur created the first vaccine for rabies by growing the virus in rabbits.

However, one hardly remembers the boy Pasteur first tried his revolutionary vaccine on.

An article in the Time explores how back in 1885, the vaccine was first administered to a human being -- a nine year old Joseph Meister who had been bitten in 14 places by a huge, mad dog:

Bacteriologist Louis Pasteur, who kept kennels of mad dogs in a crowded little laboratory and was hounded by medical criticism, had never tried his rabies vaccine on a human being before. But moved by the tears of Mme Meister, he finally took the boy to the Hotel-Dieu, had him injected with material from the spinal cord of a rabbit that had died from rabies. For three weeks Pasteur watched anxiously at the boy’s bedside. To his overwhelming joy, the boy recovered.

This boy whom Pasteur saved went on to become a janitor at the Pasteur Institute and often regaled visitors with tales of his time as the pioneering doctor’s patient.

However, he committed suicide in 1940 shortly after Germany invaded France.