The Congress And The Gandhis 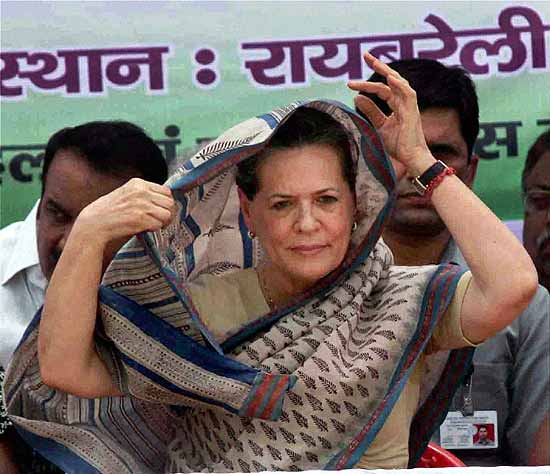 Delhi had already been abuzz about Mrs Sonia Gandhi and Mr Rahul Gandhi's absence from Delhi during the Monsoon session.

More fuel got added to speculation about the possible reasons for their absence with the announcement from Congress spokesperson Janardhan Dwivedi today:

"Smt Sonia Gandhi has been recently diagnosed with a medial condition that requires surgery. On the advise of doctors, she has travelled abroad and she is likely to be away for two-three weeks"

Mrs Gandhi, accompanied by her son Rahul, had left earlier this week to an undisclosed destination in the US.  Mrs Gandhi's daughter Priyanka is also with them.

The Congress party refused to share any details about when she left, what she was ailing from, how serious it was, and where she was undergoing treatment.

Dwivedi had earlier said that Gandhi had undergone a successful surgery but clarified later that the operation would be carried out in a day or two .

As if that was not enough for the Delhi grapevine, then came the political part. He said Sonia Gandhi has decided that in her absence a group comprising Rahul Gandhi and senior leaders AK Antony, Ahmed Patel and Dwivedi will look after party affairs.

Since Rahul Gandhi is not back from the USA yet, it is understood that Ahmed Patel is in charge of all party affairs, which is said to be causing a lot of heart-burn among analysts.

As The Guardian commented:

Siddharth Varadarajan, editor of The Hindu, said that the real importance was not that Rahul Gandhi had been nominated but that Sonia Gandhi might be ailing.

"The timing of this announcement means she is telling us whose hands she wants the party to be in should she be no longer in a position to run things," he said.

Some analysts have even raised the possibility that Sonia Gandhi might not return to politics, though Congress party officials said there was "totally, absolutely no question" of any immediate retirement.

Among the analysts, Brahma Chellaney was far more direct:

Congress spokesperson Manish Tiwari refused to entertain questions about her health condition and the kind of surgery she had to undergo.

"Even public personalities are entitled to certain amount of privacy in so far as their medical condition is concerned. Our friends in media should bear that sensitivity in mind"

Inevitably, speculation mounted on Twitter, which got futher aggravated when it was reported that the UPA chairperson had been admitted to Memorial Sloan-Kettering Cancer Center:

Soon therafter, the Times of India added that renowned oncologist Dr Dattatreyudu Nori, director of the cancer centre at the New York Hospital Medical Center of Queens, was attending on Sonia Gandhi and that her surgery had been successful.

However, the original tweet about the Memorial Sloan-Kettering Cancer Center was later deleted, confounding the confusion even more. The TOI also changed their earlier story to add that they were told by sources that Mrs Gandhi was not in New York. The hospital would not confirm her presence.

Party sources said the secrecy was necessary because of the concerns of the Special Protection Group that is in charge of her security.

Some of the selected tweets:

'Yeddyurappa Has Not Denied The Incident'